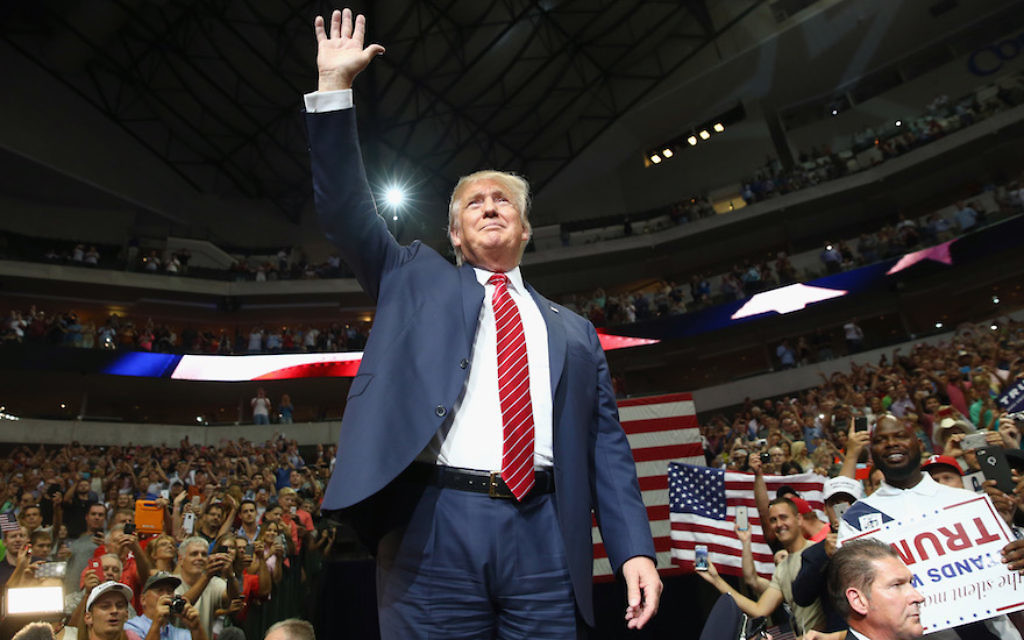 “A plan that singles out Muslims and denies them entry to the U.S. based on their religion is deeply offensive and runs contrary to our nation’s deepest values,” the Anti-Defamation League said in a statement Monday evening hours after Trump, a real estate billionaire and reality TV star, issued his call.

“In the Jewish community, we know all too well what can happen when a particular religious group is singled out for stereotyping and scapegoating,” said Jonathan Greenblatt, ADL’s CEO. “We also know that this country must not give into fear by turning its back on its fundamental values, even at a time of great crisis.”

The American Jewish Committee’s director of policy, Jason Isaacson,noted the timing of Trump’s statement, which called for “a total and complete shutdown of Muslims entering the United States,” coincident with the Jewish holiday of Chanukah.

“As Jews who are now observing Chanukah, a holiday that celebrates a small religious minority’s right to live unmolested, we are deeply disturbed by the nativist racism inherent in the candidate’s latest remarks,” Isaacson said. “You don’t need to go back to the Hanukkah story to see the horrific results of religious persecution; religious stereotyping of this sort has been tried often, inevitably with disastrous results.”

Trump in his news release alluded to the massacre in San Bernardino, California, last week of 14 people by a couple apparently radicalized by the Islamic State terrorist group.

“Without looking at the various polling data, it is obvious to anybody the hatred is beyond comprehension,” he said. “Where this hatred comes from and why we will have to determine. Until we are able to determine and understand this problem and the dangerous threat it poses, our country cannot be the victims of horrendous attacks by people that believe only in Jihad, and have no sense of reason or respect for human life.”