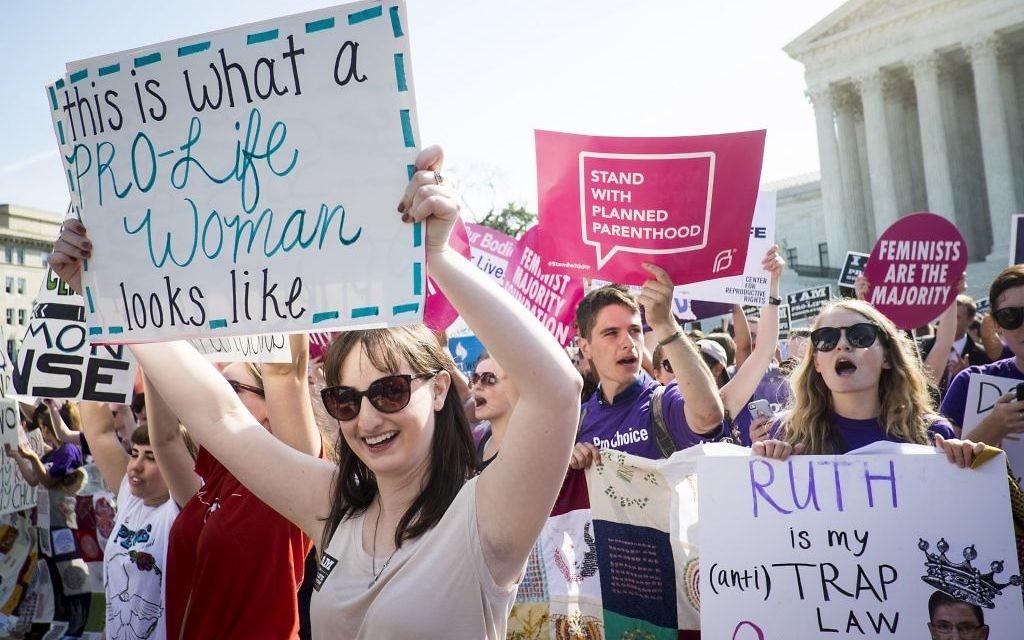 In Whole Woman’s Health v. Hellerstedt, the Supreme Court voted 5-3 to strike down provisions of HB2, a Texas law intended to regulate and effectively reduce the number of abortion clinics in the state.

The High Court ruling is seen as a major triumph for pro-choice advocates. The anti-abortion provisions of the Texas law would have halved the amount of abortion clinics in the state.

“The constitutional right of a woman to control her body is one of our most precious freedoms, and JWI is heartened by the Court’s affirmation that every woman has the right to make her private health decisions without interference or intrusion,” Lori Weinstein, CEO of Jewish Women International, said in a statement.

The National Council of Jewish Women (NCJW) also lauded the decision as an affirmation that abortion is a legal right uncompromised by political interference.

“The court saw through the real intent of the Texas law — to deprive as many women as possible access to abortion,” said CEO Nancy K. Kaufman, in a statement sent to The Jewish Week.

Kaufman added that the decision upholds a woman’s right to making her own reproductive decisions, which “NCJW has championed since its founding.”

The Anti-Defamation League also released a statement, praising the Supreme Court’s ruling as “monumental” in the progress towards more socioeconomic and racial justice within the context of reproductive rights.

The ADL, along with the National Women’s Law Center and over 40 other organizations, joined in an amicus brief highlighting “the negative impact” of the restrictions outlined in HB2, the statement said.

The ADL reiterated that HB2 “would have effectively barred many women, particularly women in poverty and women of color, from exercising their constitutional right to an abortion.”