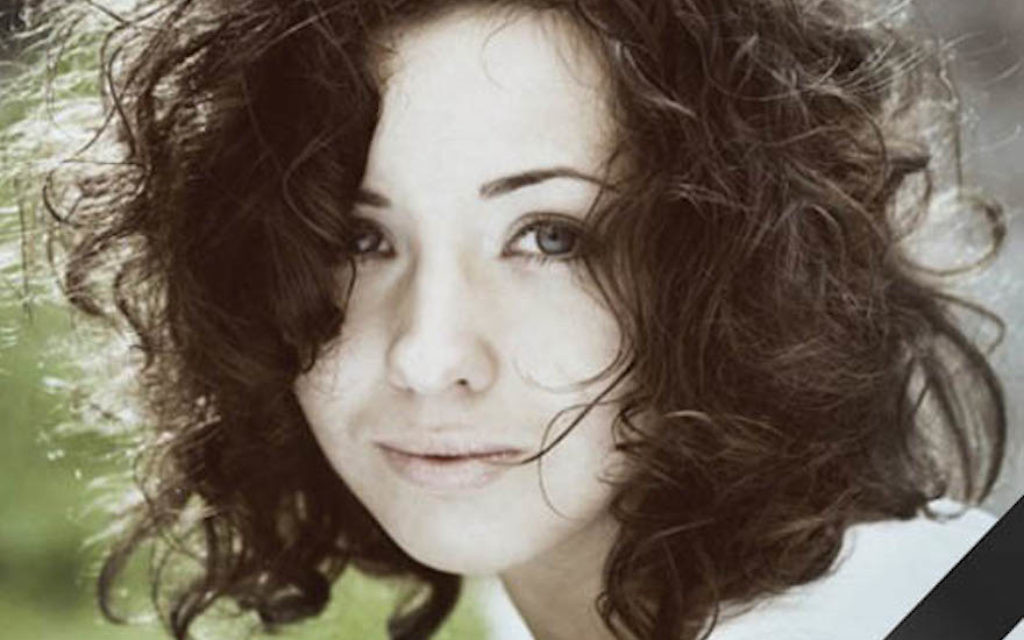 The Jewish student organization Hillel Russia mourned a former program director who died aboard a Russian airliner that crashed in Egypt.

Anna Tishinskaya, 27, was en route from Sharm el-Sheikh to St. Petersburg aboard a charter flight operated by the Russian Kogalymavia airline when it crashed in the Sinai Peninsula on Saturday. All 224 passengers, most of them Russian tourists, died, Egyptian officials said.

Tishinskaya “was part of the family,” even though she no longer worked for Hillel, the group said. “Anya, you were incredibly talented, swift, fearless, sincere, kind and bright. You were a truly extraordinary person,” the statement read.

Tishinskaya graduated from St. Petersburg State University, where she studied history, according to a report on the Russian-language website isrageo.com. She took part in the activities of Hillel Russia and the Israeli Culture Center in St. Petersburg, where she was organizing events as late as 2012.

Radical Islamists claimed responsibility for downing the plane, but security experts said that was unlikely. A plane flying at the altitude at which the Kogalymavia airliner dropped off the radar would be beyond the range of weapons that militants in the area are known to possess,the BBC reported.

Egyptian authorities are working to retrieve the plane’s black box to determine what caused the crash.