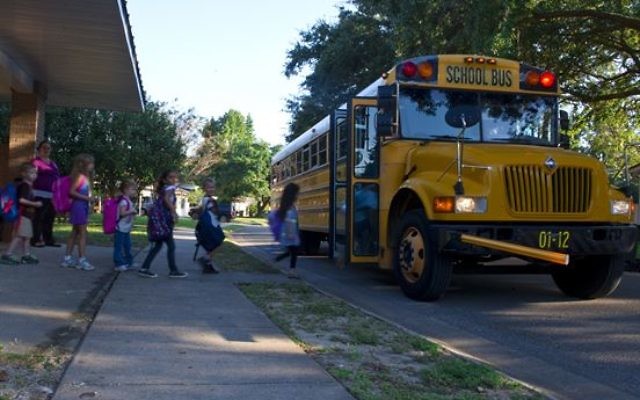 Editor’s Note: We are grateful for the wonderful writer sharing this very personal two-part series and are sure that, especially as children prepare to return to Hebrew school, many of our readers will relate to and appreciate her experience.

Over the summer, my synagogue included me in a fun experiment: the clergy asked laypeople to reflect on their Jewish journeys. “If you can tie your story into the week’s torah portion, all the better,” the Cantor told me. Where to start? There are so many angles any one of us could take with such an assignment. But it turns out, I am actually struggling deeply with a specific element in our family’s Jewish life, and the more I read the parsha of Pinchas, the more it became clear where my talk would lead. I would speak about trying to raise my kids to be mensches, who understand and appreciate their Jewish heritage.   And the challenges this presents when raising a child with special needs. As I learned from the outpouring of response after my talk, so many people in the community have faced similar challenges. So, I share a taste of my remarks here, for all of you who feel alone in this wilderness.

I was raised in a home that was very culturally Jewish.  My father still davens every day, my mother and grandmother cooked all the traditional Jewish foods, we had shabbat dinner every friday night and observed the major holidays, we kept kosher for Passover.

We belonged to a synagogue in New Jersey, which is unaffiliated with any movement but lands somewhere between Conservative and Reform. My parents chose this synagogue because ideologically it felt like a good fit.  It felt flexible and willing to modernize while holding on to many traditions.

In those days, after-school religious education wasn’t yet widely acknowledged to have failed so many kids.  So it’s unsurprising that my parents didn’t give much thought to what happened downstairs at the Hebrew school and whether there were better alternatives.  I didn’t learn very much, and it wasn’t for lack of trying, as I felt like the only earnest student there.   Socially, it was not a good fit either. The congregation was comprised of the very affluent, which we were not.  So at Hebrew school, I did not have friends.  I shared my bat mitzvah date with two other kids.  We each learned one third of the blessings.   We did not give bar/bat mitzvah speeches nor did we have personal speeches made about us.  I’m pretty positive that when the rabbi at that synagogue officiated at my wedding, it was as if he was meeting me for the first time.

Because I had warm associations with Judaism from my home life, I sought out a community with whom I could enjoy Friday night shabbat dinners when I went to college, and as bashert would have it, I met my husband at my college Kosher Dining Hall, which was a magical and pluralistic place.  My husband also had an after-school religious education that was not as deep or rich as he would have liked, and together we aimed to strive for more with our kids.

We have two boys, one who is 11 and one who’s 8.  Their names are both distinctively Hebrew; this was an intentional choice we made because we want Judaism to be an inherent part of their identities.  Before we even decided where we would raise our kids, and what synagogue we would join, I was interviewing religious school directors in our area.  I chose a synagogue where parental role modeling was built into innovative Shabbat family programming, and where the strong connection between the rabbis and the kids was more than evident. We moved close to that synagogue, and put down roots.  I thought I had done my part to correct the deficits in my own Jewish education.  But as we all know, man plans and G-d laughs.

The great irony of my life is that my older son, with his distinctively Hebrew name, loathes anything formal that has to do with Judaism.  In his own words, he likes Jewish food, Jewish humor, and seeing family for holidays, but he does not believe in G-d, he hates praying, and he hates learning the stories of the Torah.  He does not see learning Hebrew as an interesting cultural challenge, although he is bright and good at decoding.  If he was given the option about whether or not to have a bar mitzvah, he would opt not to.

My older son is a great kid.   He’s clever, writes his own stand-up comedy routines, loves science and dogs. And when he was 8, he was diagnosed with Aspergers Syndrome.   Asperger’s is high-functioning form of Autism Spectrum disorder, and it is associated with rigidity and black and white thinking.  It is also associated with lack of awareness of social cues and lack of intuition about others’ feelings.  Although the term “high-functioning” is often associated with the syndrome, Asperger syndrome is a lifelong developmental disability and it affects how my son perceives the world and interacts with others. The effects to our child and our family are pervasive.

As you can imagine, despite my attempts to find the very best fit for our family in terms of religious education, it has been difficult to watch my older son chafe against the Jewish education we have been providing.  Sometimes it is also very interesting.  In the second part of this piece, I will highlight one struggle in particular that illustrates this tension.