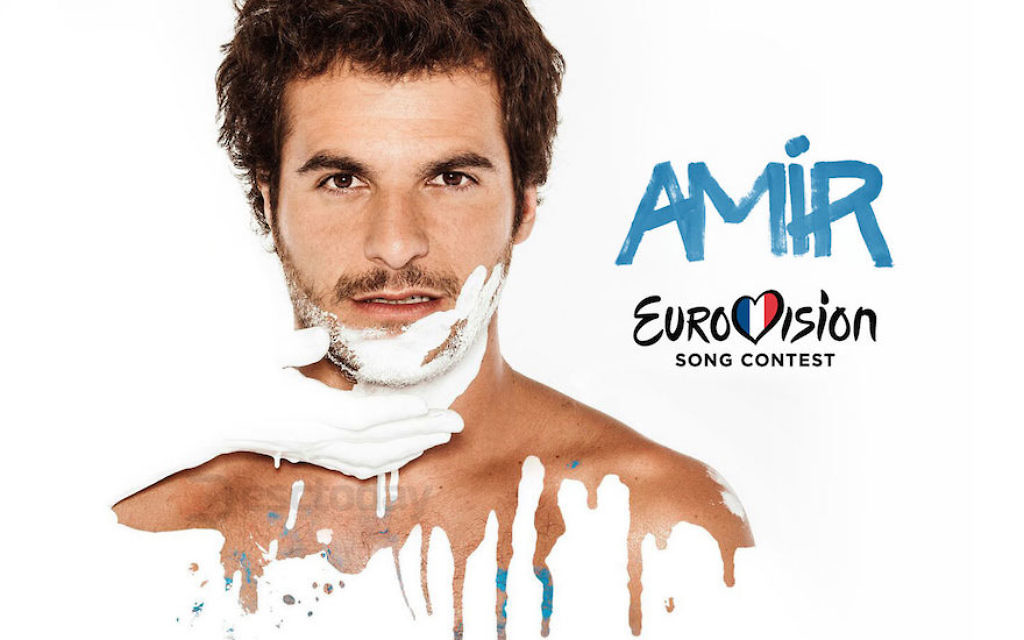 The Eurovision Song Contest – the world’s most popular televised singing competition, which pits singers from 43 countries against one another in the battle for the year’s best pop song — is being held this week. France’s representative is a 31-year-old Israeli singer, Amir Haddad, who goes by the stage name Amir.

A certified dentist, Amir had his first 15 minutes of fame in 2006 on the Israeli “American Idol”-like reality contest “A Star Is Born.” He was still an Israeli soldier at the time, and perhaps is best remembered for collapsing on stage during a duet.

Yet the experience did not deter Amir from televised song contests. In 2014, the France native appeared on the French version of “The Voice.” All four judges, including the international pop star Mika, turned their chairs toward Amir during his blind audition — the official sign of interest on the show. Amir, who has dual Israeli-French citizenship, placed third.

Soon after, he was selected to represent France in the 2016 Eurovision with “J’ai cherché” (“I Have Been Looking For”), a pop song with lyrics in French and English.

France is one of the Eurovision’s so-called “Big Five” countries — along with Germany, Italy, Spain and the United Kingdom — that do not need to participate in semifinal contests, held this year on May 10 and 12. This means Amir will automatically be one of the 10 singers who competes in the finals.

Israel, on the other hand, has to place in the semifinals to garner a spot in the glamorous final show on May 14.

Representing Israel this year with the song “Made of Stars” is Hovi Star, a stylist and hairdresser who says he was harassed while promoting Eurovision in Russia, allegedly because of his sexual orientation and appearance.

Over the contest’s 61 years, Israel has won Eurovision three times, most recently in 1998, when the transgender singer Dana International brought home the title singing “Diva.”

More than 180 million viewers watch the song contest annually. The winners are picked by popular vote cast through SMS and an official Eurovision app.

Eurovision 2016 is taking place in Stockholm following the victory in 2015 by the Swedish representative, Mans Zelmerlow, with his song “Heroes.” The contest has already been plagued by some controversy after a leaked document uncovered that Palestinian flags are banned.

While the United States does not participate, the American pop star Justin Timberlake will make Eurovision history this year as the first non-competitive performer. He’ll take the stage to sing his latest single, “Can’t Stop the Feeling.”