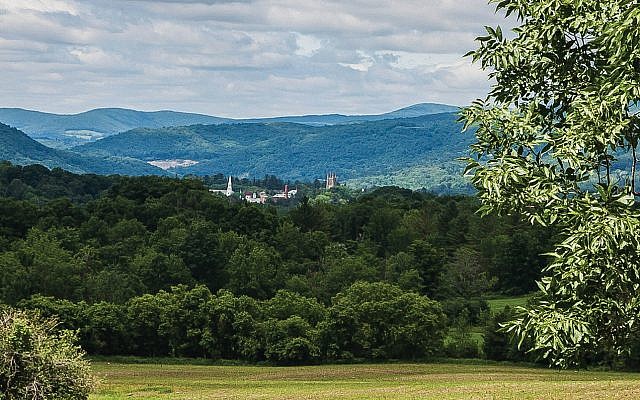 A view of the rolling hills of the Berkshires in southern Massachusetts, a summer haven for the arts. Peter Rintels

If Midge Maisel were taking the family to a Jewish resort in the mountains today, she’d likely be heading for the Berkshires, not the Catskills.

That’s not to slight the loveliness of upstate New York — where the fictional star of “The Marvelous Mrs. Maisel,” the wildly popular Amazon Prime series, joins her family for 1960s vacations at one of the region’s fabled Jewish bungalow colonies. It’s simply that while the Catskills’ Jewish heyday was the postwar era, the Berkshires’ Jewish Golden Age is, without a doubt, today.

The smorgasbord of Jewish cultural activity grows larger and more varied every year at this storied resort area, nestled into the rolling green hills of western Massachusetts.

In July and August, Shabbat is celebrated in distinctively summery fashion. Jews gather amid blue and white balloons on the lawn at Tanglewood, sharing prayer and picnics before a plein-air concert.

Hevreh of the Southern Berkshires, a Reform congregation, hosts Tot Shabbat at Great Barrington Bandstand concerts — and even has a stall between the field-grown flowers and organic ramps at the Saturday farmer’s market. Challah, grape juice and Shabbat songs turn the organic veggie run into a kid-friendly Jewish happening. 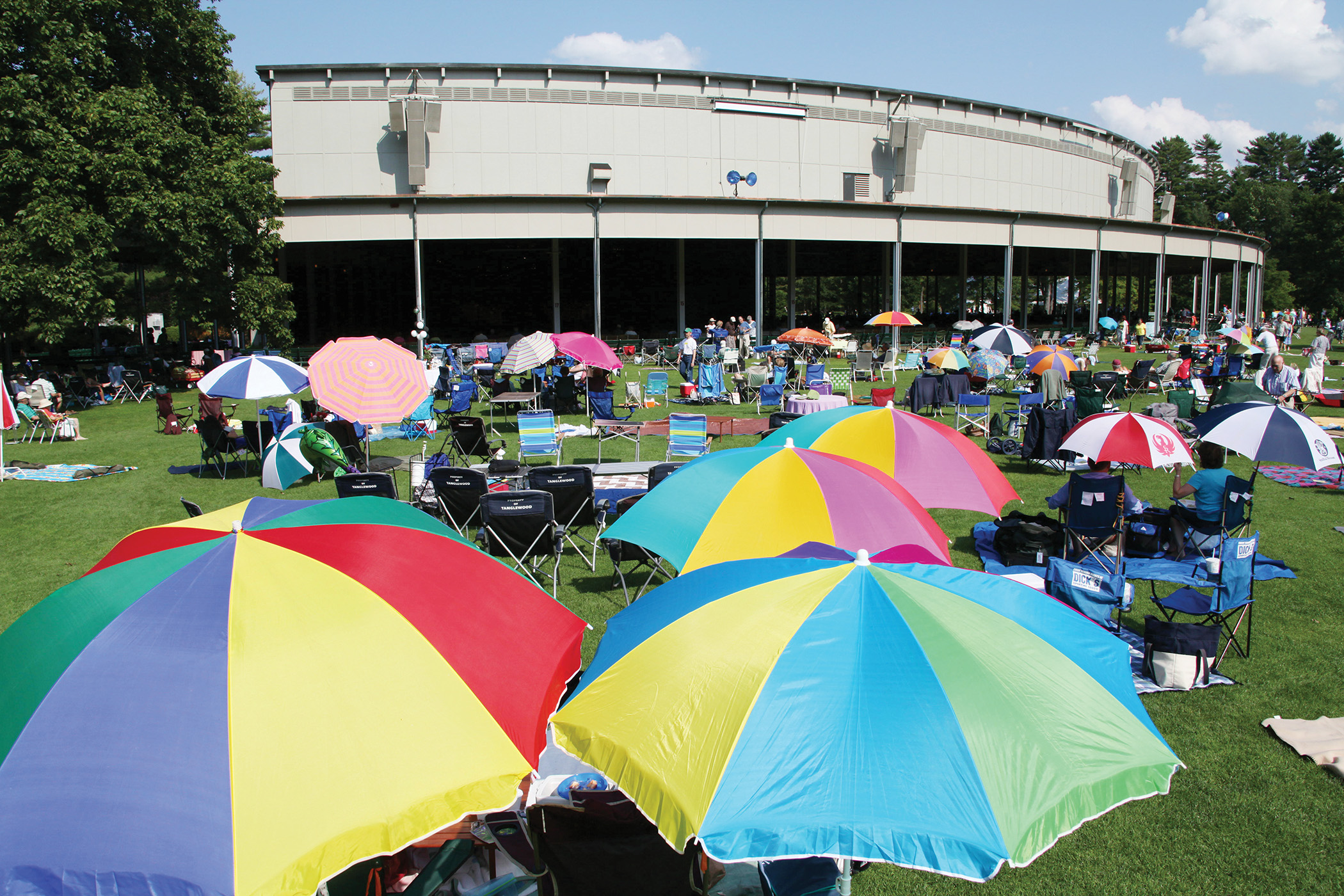 The lawn at Tanglewood. Hilary Scott

When even the agriculture has a Jewish slant, you know you’re in heimish summer territory. The Berkshires offer a Jewish way to experience books, film, theater and, of course, concerts.

Few communities are as closely associated with music, from klezmer to classical, as the Berkshires, where Tanglewood has been the summer home of the Boston Symphony Orchestra for more than 80 years. This year, fans are in for a treat with the opening of Tanglewood’s Linde Center for Music and Learning, which offers more intimate ways to experience great music year-round.

Spread across four LEED-certified buildings on Tanglewood’s leafy campus are smaller, more informal spaces to hear and practice music, as well as a visitors’ café. Interiors feel like a seamless extension of the surrounding woods, combining light wood with soaring walls of glass.

The new spaces are aimed at making lofty performance more accessible — and indeed, Tanglewood has prioritized outreach to the next generation of music fans. The festival’s Summer Sundays series welcomes all ages for picnics and activities on the Tanglewood lawn, followed by concerts where running around and dancing are encouraged.

Of course, sophisticated theater is also a Berkshires hallmark — and Jewish talent is widely on display. The Barrington Stage Company celebrates its 25th season with the revival of “Into the Woods,” the popular Stephen Sondheim musical, as well as a new production of Steven Levenson’s “If I Forget,” a family drama about Jewish identity. 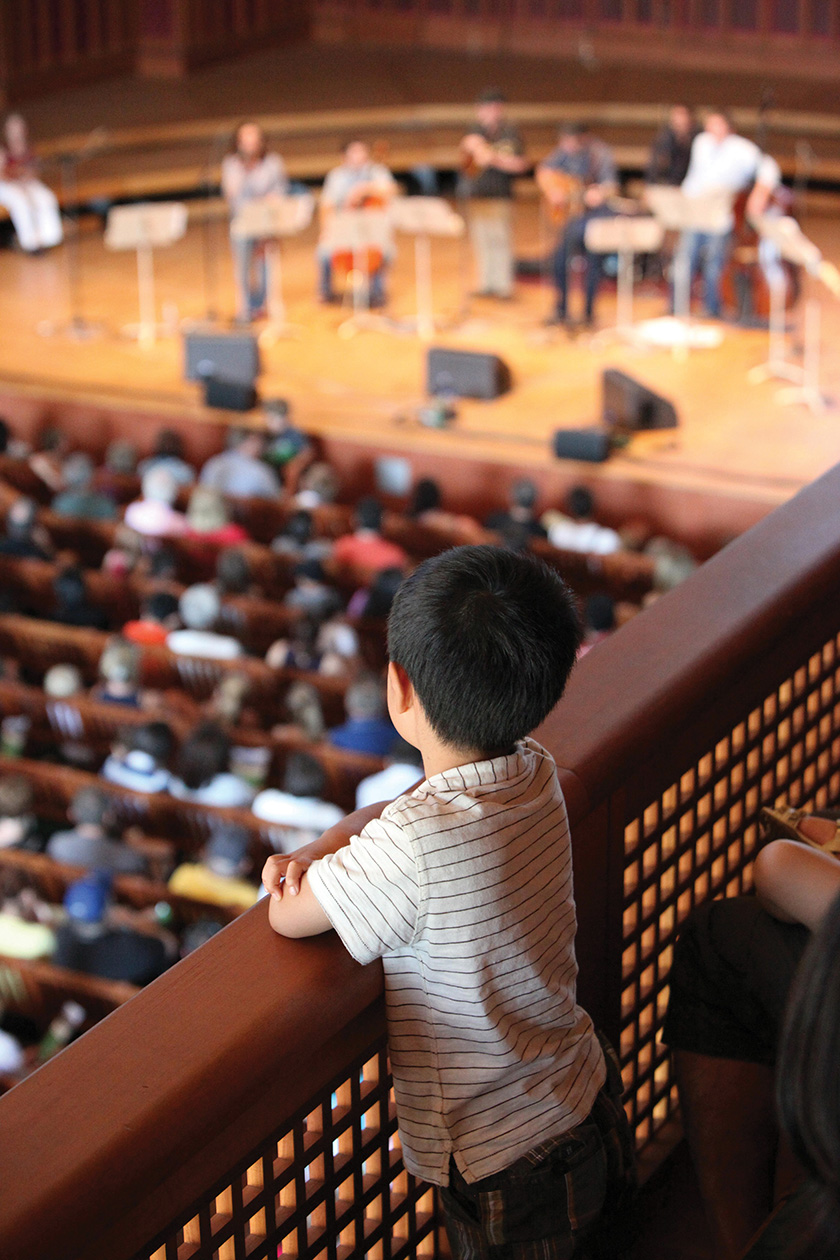 A child enjoying a family concert in Ozawa Hall at Tanglewood. Hilary Scott

Ever heard of Alan Freed? The son of a Russian-Jewish immigrant is credited with coining the phrase rock ’n roll … so it’s fitting that a musical tribute about Freed and about the music of the 1960s is called “Rock and Roll Man: The Alan Freed Story,” presented this July by the Berkshire Theatre Group at the Colonial Theatre in Pittsfield.

Uma Thurman and Mary Steenburgen are among the boldfaced names on stage at the Williamstown Theater Festival, which has attracted top actors to its Berkshire stages for 65 years. In a season rich with female talent, the Festival is offering five world premieres along with Lorraine Hansberry’s “A Raisin in the Sun,” which debuted on Broadway 60 years ago.

Onscreen, the Berkshire Jewish Film Festival is one of America’s longest-running film events of any kind. This year marks the 33rd season of Monday screenings at the Duffin Theater at Lenox Memorial High School. Beginning July 8, grab the popcorn and settle in for documentaries about Dr. Ruth and the first all-female volunteer ambulance corps of New York City, as well as dramas from around the world.

Or maybe seltzer is more your thing? The Jewish Festival of Books kicks off with Fox’s U-Bet egg creams at Hevreh of the Southern Berkshires on July 18, when Barry Joseph presents his definitive biography of the ultimate Jewish soda, “Seltzertopia: The Extraordinary Story of an Ordinary Drink.”

Through July 21, head to the Great Barrington Bagel Company & Deli for the Egg Cream Eggstravaganza, an egg cream special to benefit the book festival, a four-day event organized with the Jewish Federation, Jewish Book Council and Jewish Women’s Archive.

At synagogues across the Berkshires, every day is a chance to learn something new at book talks and scholarly lectures. This year’s hottest ticket is probably Deborah Lipstadt, the renowned Holocaust scholar, who will speak on “Assault on Truth and Memory: Lessons from History” —  a timely topic if ever there were one — on Aug. 25 at Temple Anshe Amunim in Pittsfield.

For all the culture and erudition, the Berkshires also offer one of America’s great landscapes, with fauna from bats to bears alongside historic architecture. The Berkshire Museum, a fin-de-siècle institution often overlooked in favor of more famous nearby art collections, features a “Berkshire Backyard” exhibit that will appeal to all ages; there are walls of preserved insects, glass cases containing pheasants and beetles, and up-close examinations of the Berkshire ecosystems.

“Leonardo da Vinci: Machines in Motion,” extended through early September, is sure to be a blockbuster; on display are 40 inventions from the ultimate Renaissance man, including cannons, bicycles, armored cars and weird flying machines.

Would Mrs. Maisel take the kids to check it out? It seems doubtful; she’d more likely be on display herself, shooting off one-liners from the stage of the Berkshire Comedy Festival, running this year on July 27 at Great Barrington’s Mahaiwe Performing Arts Center. Maybe we’ll find out next season.