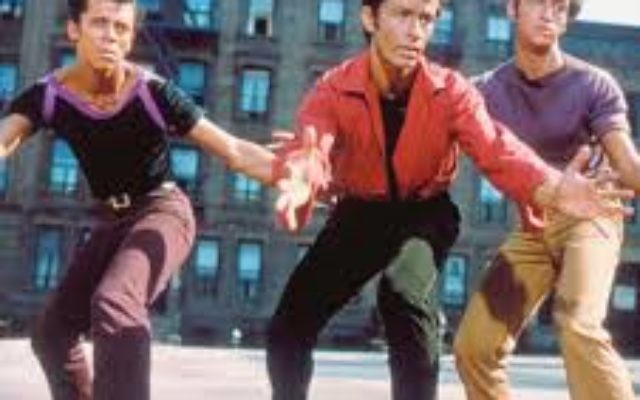 Each time I hear “There’s a place for us” – the stirring plea for tolerance and acceptance sung by the ethnically mismatched lovers of “West Side Story” — I am reminded that it pinpoints a Jewish sensibility that influenced the show’s composer and lyricist. Leonard Bernstein and Stephen Sondheim’s musical about prejudice transformed Shakespeare’s Romeo and Juliet into an American classic.

May marks the observance of Jewish American Heritage Month, launched in 2006 by acts of Congress and a presidential proclamation. It’s a time to call out the many contributions Jews have made to this country from its very inception. Unless you know the origin of those who have contributed, you wouldn’t know or be aware of the Jewish connection that is so much a part of the American experience.

The first musical to address real life problems was “Showboat.” Its composer, Jerome Kern, was born in New York City, the son of an immigrant German-Jewish father, and a first generation Czech-Jewish mother. The father of “Showboat” lyricist Oscar Hammerstein II was also Jewish. They would produce hundreds of songs and shows over a period of several decades, but it was “Showboat” that changed the way Americans thought about Broadway musicals: its subject matter was serious, addressing racism, alcoholism and other issues. It melded music with real life situations, which put it way ahead of its time.

While it was an immigrant from Russia, Irving Berlin, who set in motion the great era of Tin Pan Alley, it was a succession of first generation Jewish American musicians and wordsmiths who “fine tuned” it and gave America its treasured 20th century songbook. The list is a long one, but George and Ira Gershwin would have to be at the top, followed by Richard Rogers (Hammerstein’s longtime collaborator on so many Broadway shows), E.Y. “Yip” Harburg (“Over the Rainbow”), Irving Caesar (“Tea for Two”), Sammy Fain (“Love is a Many Splendored Thing”), Cy Coleman (“The Best is Yet To Come”), Sammy Kahn and Jule Stein (“Three Coins in the Fountain”) and of course Bernstein and Sondheim – to name just a few.

To that list, one could add songwriters of the rock/pop era, including  Jerry Lieber and Mike Stoller (who wrote so many of Elvis Presley’s hits); Mort Shuman and Doc Pomus (“Save the Last Dance for Me”); Carole King (“You’ve Got a Friend”)—who fittingly this month was awarded the 2013 Library of Congress Gershwin Prize for Popular Song—and Neil Diamond (“Sweet Caroline”). As they say, if I’ve left anyone out, please accept my apologies.

Much of what’s been written has dealt with love and heartache, those two emotions that affect us all. But hundreds of other subjects have been given their due, including many patriotic tunes, from Berlin’s “God Bless America,” to Rogers’ “Victory at Sea.”

Was there something inherently Jewish in all of this? Surely the immigrant experience had some impact (Yiddish theater and musicals thrived in New York and other cities); the Klezmer tradition; and even cantorial influences are reflected in the work of many of these songwriters. But it’s not only that: the same composers and lyricists absorbed and incorporated musical styles, especially jazz, blues and folk, that we consider home-grown here in America.

There was something else at play here that found its way into so much of this music: the horn-of-plenty optimism that permeated the American Century. True, personal yearning and disappointment marked the lyrics of thousands of songs, but Berlin’s “Blue Skies” and Diamond’s “Coming to America” – and so many others – literally overflow with a cheery worldview that distills the essence of modern life.

No one expects that the next time someone hums along with “Rhapsody in Blue” or even sings along with “Hound Dog” one will think of who wrote the song or his or her near-immigrant origins. But during this month dedicated to Jewish-American heritage, when looking at the body of work of so many American songwriters with Jewish roots, it’s good to note the immense contribution they’ve made to the great American tapestry of culture and art.