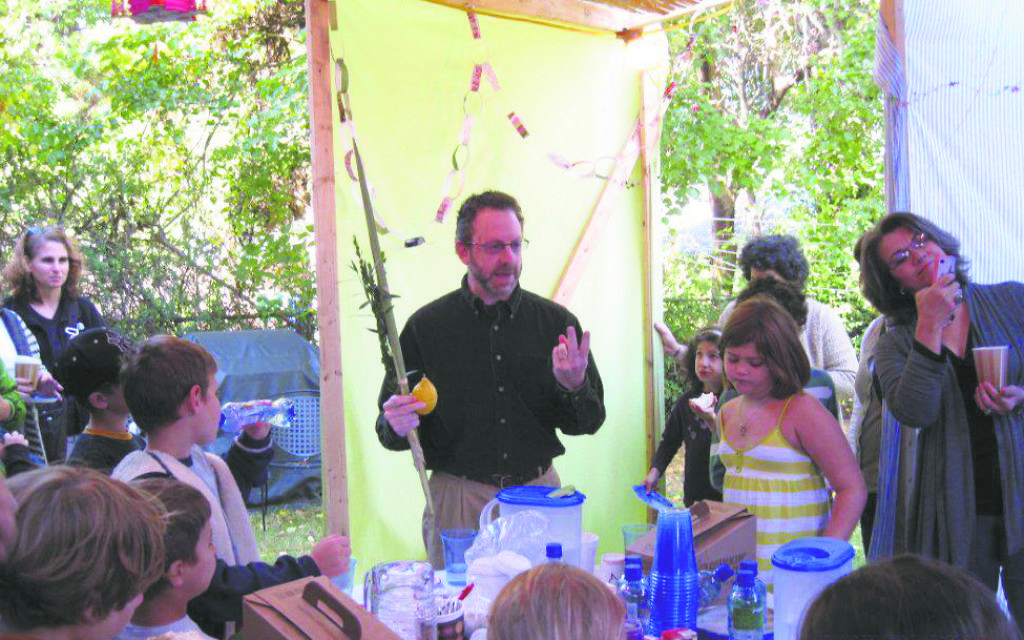 For Rachel and Joel Silverman — a two-career couple in Atlanta — Hebrew school used to be yet another item on the family’s already crowded to-do list.

Monday through Friday, the working parents needed after-school care for their daughters. Then on Sundays, when the adults were home and eager for unstructured family time, they had to shlep the kids to Hebrew school.

“It’s the best of both worlds, and we got our Sundays back,” says Rachel Silverman.

JKG Afterschool, which launched in August, is part of an emerging group of independent Jewish after-school programs — among them a small, fledgling effort in Manhattan’s Washington Heights — starting up around the country. They are among many experiments currently taking place as the traditional Jewish education models — fixed-schedule day schools and synagogue-based Hebrew schools — are struggling to meet the needs of price-sensitive, time-limited and flexibility-seeking families.

While Kesher, a popular Jewish after-school program with two sites in the Boston area, has attracted national praise for over a decade, this is the first time people in so many other communities — from Berkeley, Calif., to Toronto to Chicago’s Hyde Park — are attempting such a model.

The new programs vary in their goals and structures.

The Washington Heights program, for example, a twice-weekly Hebrew-immersion option housed within the Y of Washington Heights & Inwood’s after-school program, was founded by a group of parents who had initially come together to establish a Hebrew charter school.

In contrast, the four-day-a-week Sulam — in Brookline, Mass. —aims to provide all the Judaic content of an elementary day school, with the goal of preparing students to transfer to a Jewish middle or high school. The program was developed by parents seeking a cheaper alternative to day school.

Meanwhile, Atlanta’s Jewish Kids Groups serves many parents who might not otherwise provide any Jewish education for their children. “The idea of paying for Jewish education is something they’re not used to, but they all pay for after-school,” says Ana Fuchs, JKG’s 29-year-old founder.

Through a network they are forming called Nitzan — Hebrew for “bud” — leaders of eight new programs, who convened this summer at a New Jersey conference funded by the Covenant Foundation, are hoping to help one another and build a movement of sorts.

“We have common needs, like figuring out how to apply for nonprofit status and get health insurance for our teachers,” Fuchs says. “Sharing best practices is helpful for all of us, and none of us are in competition with each other.”

The idea of Jewish educational after-school programs is not entirely new, of course.

Boston’s Kesher, which many of the fledgling after-school programs describe as an inspiration, was founded in 1992 and currently enrolls about 160 children in two locations. Both the JCC in Manhattan (Upper West Side) and Jewish Community Project (Tribeca) in recent years experimented with replicating Kesher locally, but for various reasons the efforts did not take off.

Meanwhile, a group of after-school Judaic studies programs are emerging to serve students who attend Hebrew charter schools, where children learn Modern Hebrew but no religion.

Rena Dorph, the founder of Berkeley’s Edah, which launched in 2010 and now has 27 kids, came up with the idea of convening some of the fledgling groups this summer.

“In our pilot year we started to get calls from other organizations around the country,” she says. “People were finding synagogue-based options lacking in terms of substance but also format. For a working parent to shlep their kids from school to Hebrew school in the middle of their work day for only two to four hours a week, wasn’t a format that was viable for many parents.”

When Edah got a $50,000 Covenant Foundation grant this spring, Dorph asked the foundation if it would help bring the startups together for a “real conversation.”

Harlene Appelman, the executive director of the Covenant Foundation, describes the new movement as a “groundswell, grass-roots kind of conversation,” one that responds to a “common need.

“People are looking for alternative forms of after-school programs — that’s been going on forever,” she says, noting that Covenant awarded a grant to Kesher back in the mid-1990s.

Asked why previous attempts to replicate Kesher have failed to take off, Appelman suggests such efforts may need to start at a grass-roots level in order to flower.

Foundations and policy makers “don’t want people to reinvent the wheel, and we talk about scaling, but education in this domain is local,” she says. “Parents, advocates and idea champions need to totally own it themselves, and that’s what you’re seeing here. People who in many instances are parents who want their kids to get a different kind of education — and it’s not a mystery that after-school care in this society is a need.”

Edah’s Dorph, who attended a Jewish day school in Los Angeles throughout elementary and middle school, came upon the idea of Jewish after-school while doing research on after-school science programs in her position as the director for The Research Group at The University of California, Berkeley’s Lawrence Hall of Science.

Such programs “tend to be very experiential and hands-on — they’re a great venue for youth development and growth as well as getting important science content and skills,” she says. “For me it was not a big leap to say this could work for Jewish learning too.”

Edah is open five days a week, in space rented from a Reform temple, and it requires children to register for a minimum of three days a week, unless they also attend a synagogue Hebrew school.

Like Edah, Atlanta’s JKG — which parent Rachel Silverman approvingly describes as a “chavurah for kids” — emphasizes community and an experiential approach.

At JKG, which currently has 20 students, children can sign up for anywhere from two to five afternoons a week, with each day focusing on a different theme. Tuesdays and Thursdays — “core content days” — are required.

Tamid NYC, a startup synagogue/Hebrew school also participated in the after-school meetings this summer, although — with a synagogue and a once-a-week approach — it is somewhat different from the other new programs.

Rabbi Michael Mellen, Tamid’s youth and education adviser, explains that what his new program in Lower Manhattan shares with the other programs is a focus on the needs of children coming directly from school, which include school pickup.

Rather than offering Hebrew school at one central location, Tamid’s program has multiple sites near popular public schools. And while children attend only once a week (choosing from an array of times and locations) for now, “part of where we could see it growing is in the direction of more options after school.”

Meanwhile, at the other end of Manhattan, five children are pioneers in another startup: Washington Heights’ Hebrew Language Immersion Class.

Initiated by parents, the program is being operated (and subsidized) by the Y of Washington Heights & Inwood; the Jerusalem-born teacher, Tamar Matza, used to work at a Hebrew charter school and specializes in teaching through the arts.

For now, the entire class — including the petite Matza — easily fits on a tiny blue rug in a small, third-floor room of the Y.

“Shalom haverim,” they sang at the end, dancing in a circle, before returning to English and the regular after-school program for the rest of the day.

“We were looking for fun after-school activities in Hebrew so it wouldn’t feel like a burden,” says Yael Rotter, one of the program’s organizers, whose 6-year-old daughter is enrolled.

Another parent organizer, Graham Parker, says he likes how the track is integrated into the Y’s after-school program.

“Our son goes to the Y four days a week: Monday he has swimming, Tuesday Hebrew, Wednesday sports and Thursday Hebrew,” he says. “We want to make it fun, and his friends are there, so it’s easy, not a separate thing.”