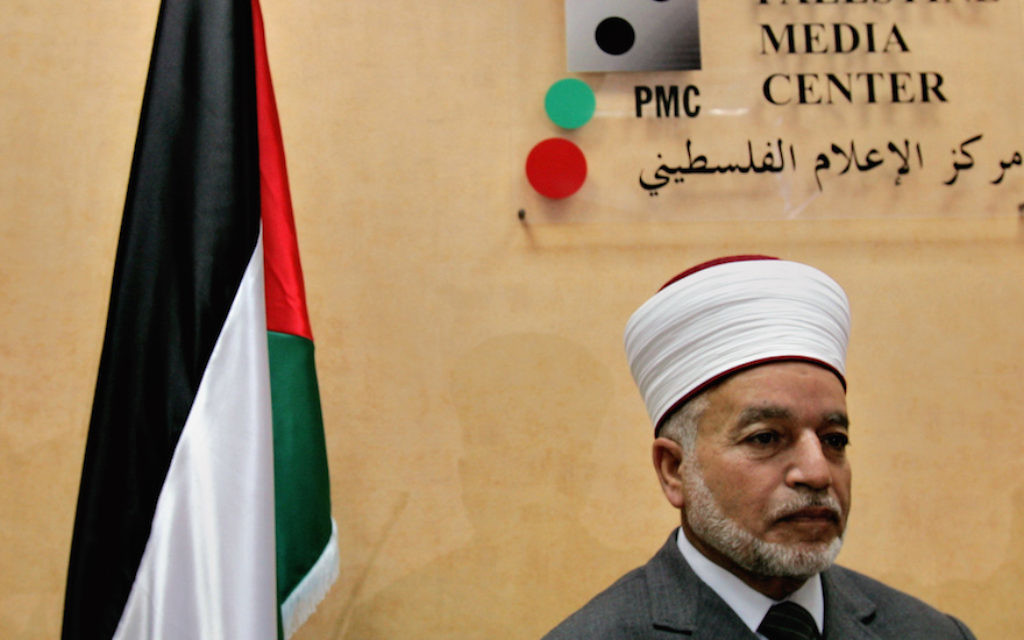 Jerusalem — The grand mufti of Jerusalem said in an interview with an Israeli television station that there has never been a Jewish temple on the Temple Mount in Jerusalem.

There has been a mosque on the site “since the creation of the world,” Sheik Muhammad Ahmad Hussein, who is in charge of the Al-Aqsa mosque on what Muslims call the Noble Sanctuary, said Sunday evening in an interview in Arabic with Israel’s Channel 2.

The mosque was built in the eighth century.

Hussein, who has served as mufti since 2006, has called for suicide bombings against Israelis, the Times of Israel reported Sunday evening.

Muslim sources have corroborated historical sources in recording that two Jewish temples have stood atop the site.

The current wave of Palestinian violence against Israelis has stemmed from assertions by Arab leaders that Israel is changing the status quo on the Temple Mount banning non-Muslim prayer. Prime Minister Benjamin Netanyahu of Israel has affirmed repeatedly that his country is committed to the status quo.

Over the weekend, Netanyahu announced that Israel has agreed to a Jordanian proposal to post 24-hour surveillance cameras at the site.