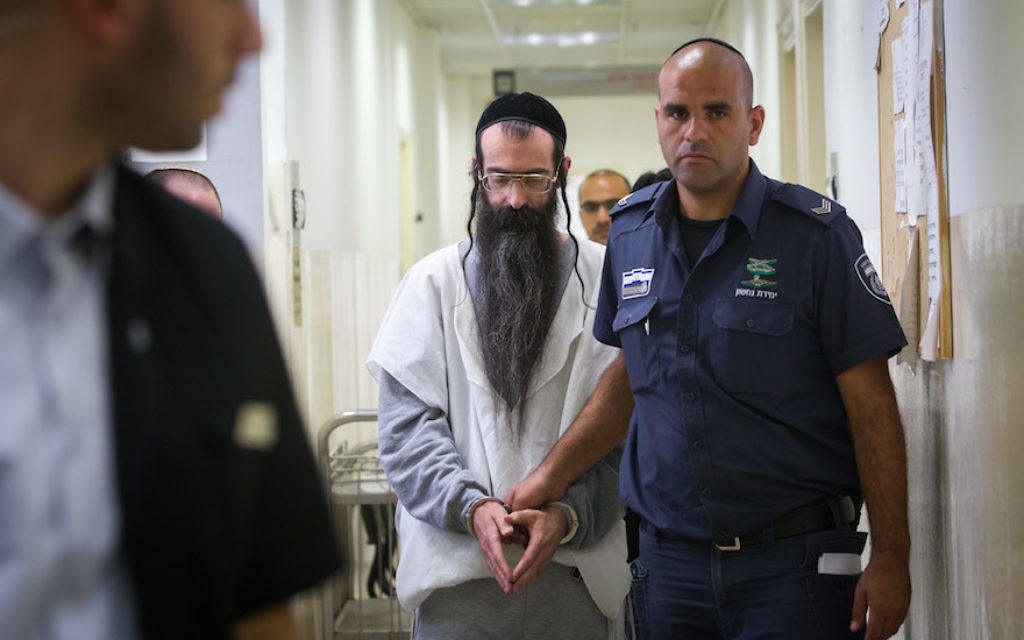 Jerusalem — Yishai Schlissel, who stabbed six marchers at the Jerusalem gay pride parade, including a 16-year-old girl fatally, was sentenced to life in prison.

On Sunday, the Jerusalem District Court also ordered Schlissel to pay compensation to the family of Shira Banki, the teen who was killed, and to those injured in the July 2015 attack. Schlissel, 40, was convicted in August.

The haredi Orthodox man had been released from prison several weeks before the parade after serving 10 years for a similar attack at the Jerusalem gay pride parade in 2005. In the days leading up to the 2015 parade, Schlissel expressed his opposition to the march in interviews and in ads in haredi synagogues in Jerusalem and Kiryat Sefer.

Police initially turned away Schlissel at an entrance point to the parade, but he found a way in later in the route.

The three judges in their sentencing said: “A person who sees himself as a killer or giver of life cannot walk around the streets of Jerusalem or anywhere else. In the few days of vacation between imprisonment and detention, he ended the life of a girl with a passion for life. He didn’t see her as a human being, and didn’t care at all who will meet [his] knife.”

Banki had been marching in the parade in support of her gay and lesbian friends.

Schlissel had eschewed legal counsel, saying the court does not recognize Jewish law, and he did not cooperate with the investigation. He was found fit to stand trial after two psychological assessments and was represented by a public defender.