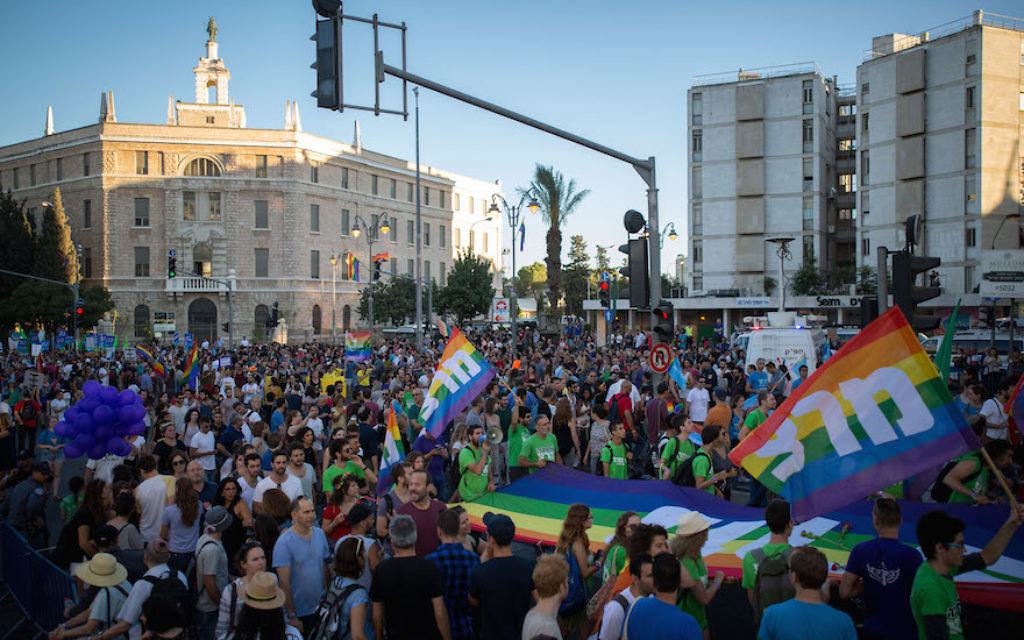 Jerusalem — Amid increased security in the wake of last year’s deadly stabbing spree, Jerusalem’s 15th annual gay pride parade kicked off Thursday with an estimated 10,000 marchers, double the number that marched a year ago.

Some 2,000 police were on hand to secure the parade route. At least nine people reportedly were detained at the entrance to the march out of fear that they would disrupt the proceedings.

Police later revised the number of participants upward to 25,000. At least 30 people were arrested on suspicion of planning to disrupt the event, according to police.

This year’s event is being held in memory of Shira Banki, 16, who was killed in the attack at the July 2015 parade in which five other marchers were stabbed.

Earlier in the day, Israel Police announced that Yishai Schlissel, who is serving a life sentence for those stabbings, was arrested in prison for planning a violent plot on this year’s march with his brother, Michael, who also was arrested Wednesday.

The march set off in the late afternoon from Liberty Bell Park and was scheduled to wind through major streets in the city, ending at Independence Park. A wedding ceremony for two Jerusalem men kicked off the parade.

Participants came flying rainbow banners and bearing flowers to place at the spot where Banki was killed. Prior to the march, Jerusalem Mayor Nir Barkat, who announced he would not participate in the march in order not to offend the Orthodox residents of the city, laid a wreath at the site.

“I understand the pain and criticism of those who disagree with my decision not to participate in today’s march,” Barkat said in a statement. “I have chosen a different way of honoring the memory of Shira z”l, who was a sweet, young girl murdered because of a boundless hatred. The Jerusalem District Commander of the Israeli Police and I paid our respects to Shira by laying a wreath at the site where her life was cut short.

“I hope, with all my heart, that we come together, on this day, against every manifestation of incitement, hatred, and violence, and that we unite around the right of every individual and community to exercise their freedom of expression, regardless of gender, race, or religion,” he said.