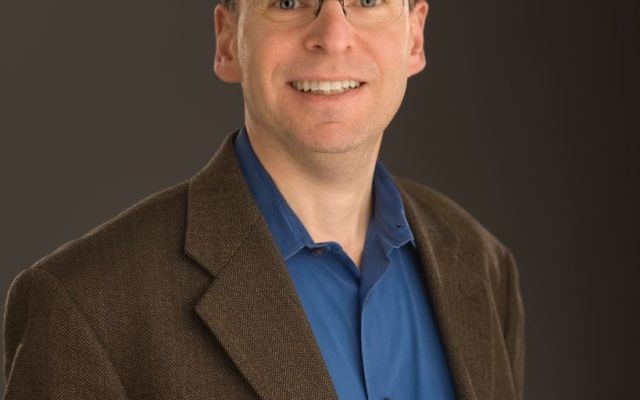 It’s a sad day when three opinion leaders of the American Jewish community cannot hold a civilized debate on “what it means to be pro-Israel” without one of them storming off the podium. Yet that’s what happened when I sat down with David Harris of the American Jewish Committee and John Podhoretz, who edits Commentary magazine, this week at the 92nd St Y.

Mr. Podhoretz was apparently so outraged when I criticized the Israeli government’s policy of building more and more settlements in the occupied West Bank – and the audience’s reaction to his position – that he felt compelled to walk out in a huff.

We might regard this as a temper tantrum by a man who himself said later that he had a “bad night” at the end of a “long day.” But it is indicative of a much deeper problem within the American-Jewish community. We are losing to ability to listen to the views of people who disagree with us – and that goes not just for Podhoretz who left the stage but also for those who agreed with me but booed and hissed at him.

Within today’s American Jewish community, there is actually an incredible level of consensus. Almost all American Jews firmly support Israel and 80 percent of them, according to polls conducted by my organization and others, want to see Israel make peace with the Palestinians based on a two-state solution.

But beyond these crucial basic points of agreement rages an important debate, not so much on the issues themselves but on how much we are allowed to disagree, on what kind of disagreements we are allowed to have and what views are deemed as acceptable for a supporter of Israel to hold.

There is a school of thought within our community, apparently shared by some of our communal and spiritual leaders, that the only appropriate stance for a supporter of Israel is to back every single position that the Israeli government takes. To the extent that some of us may have qualms about things like the 46-year Israeli occupation of the West Bank or the constant expansion of Israeli settlements in the territories, we are advised to keep them to ourselves – for fear of fracturing the veneer of communal unity behind the Israeli government.

For those who believe that any dissent from Israel is dangerous, the foundation of J Street five years ago must have come as a rude shock. Suddenly, they had to deal with an organization that encourages debate and dissent, that believes in true dialogue between Israel and our community, which urges students and young people to listen to a wide variety of views about Israel and figure out for themselves what they believe.

The tremendous growth of our organization, especially in college campuses, bears witness to the success of this approach which is rooted in thousands of years of Jewish history and tradition. The Talmud is replete with debate which is at the very heart of rabbinic reasoning. The wise rabbis who codified the laws of Judaism believed that when worthy debaters engage each other with respect, they create space for the emergence of new ideas. In that sense, to debate is an act of creation and is almost holy.

Sadly, many in our community today, including some of the leaders we look up to and the donors on which we depend, want to stifle debate rather than encourage it. Instead of engaging with those with whom them disagree, they seek to silence them. Or if that doesn’t work, they walk out of the room. In doing so, ironically they copy the tactics of some enemies of Israel who seek to isolate it through a campaign of boycotts, sanctions and disinvestment.

Such a response suggest deep insecurity and weakness – hardly qualities that will serve Israel or our community well going forward because the simple fact is, you can’t win a debate by walking out. You can only lose.

Jeremy Ben-Ami is the president of J Street, a pro-Israel, pro-peace lobby advocating for US leadership to reach a two-state solution.