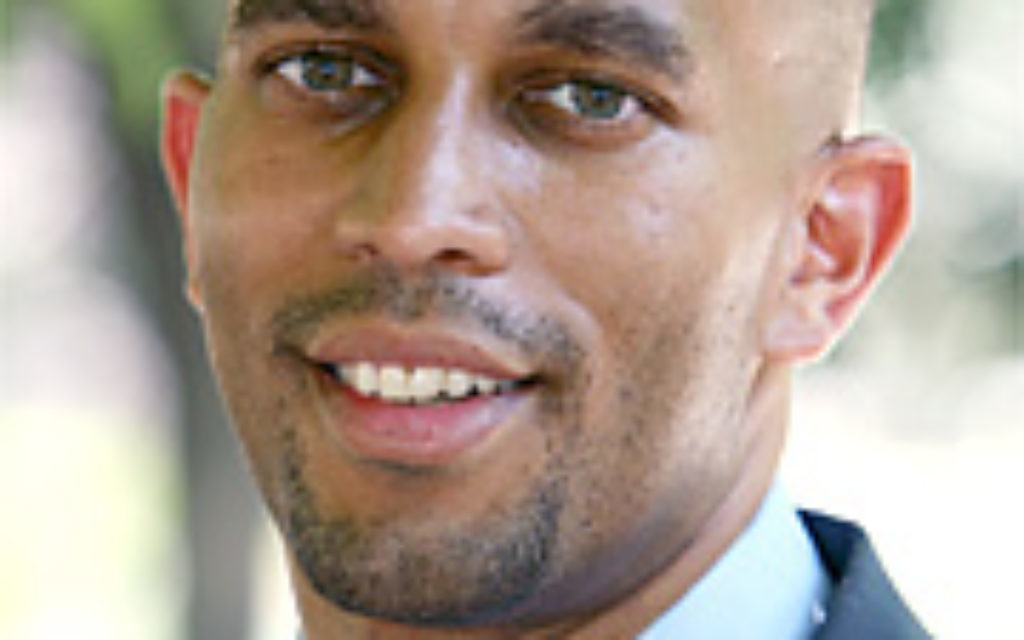 With 87 percent of precincts reporting in Tuesday night, Jeffries had 72 percent of the vote compared with 28 for Barron, whom Jeffries had denounced as divisive during the campaign. A former member of the Black Panthers, Barron came under attack by fellow Brooklyn politicians for harsh statements about Israel, including his comparison of the Gaza blockade with the Holocaust and his declaration that Israel is “the biggest terrorist in the world.”

Jeffries, in his campaign promised to be a strong supporter of Israel. In a congratulatory statement, David Harris, president of the National Jewish Democratic Committee, said "Jeffries is an extremely well-qualified public servant who has a proven record of partnering with a broad range of constituencies, including the American Jewish community. We know that he'll be a tireless advocate for all of his constituents in New York's Eighth District, and we look forward to working with him in the future."

Barron’s defeat comes despite his backing by Towns and by two powerful municipal unions. According to reports from The Daily News, Barron declined to call Jeffries to congratulate him, denounced the media as “really lowlife scum” and said he wanted a recount of the vote.

"At the risk of sounding like a sore loser, honesty comples me to say there will be no congratulatory statement to the opposition tonight, only because of the way the campaign was run," said Barron, according to the News’ Reuven Blau.

"We had them scared from the very beginning… There's something bigger than politics and that's a movement. A movement of the people. We have that here tonight. When we launched this campaign, we knew we were going up against…the entire New York democratic political leadership. “

In other contests, Queens Assemblywoman Grace Meng won the Democrat nomination to succeed Gary Ackerman, who is retiring, with 52 percent in a race against Assemblyman Rory Lancman (28 percent), Councilwoman Elizabeth Crowley (16 percent) and Robert Mittman, a physician (5 percent).

If elected, Meng would be the first Asian American in Congress from New York. "Thanks to Rory Lancman, Liz Crowley and Bob Mittman for running great campaigns," Meng wrote on her Facebook page early Wednesday morning. "I am proud to call Rory a friend and Liz holds one of the toughest jobs in the world – a working mom."

In Brooklyn's 7th District, which includes Williamsburg, incumbent Rep. Nydia Velazquez prevailed over Councilman Erik M. Dilan. "Last night's victory is a victory for independent politics and democratic values," Velazquez said in a statement Wednesday. "I intend to do what I have done for the last 20 years, and that is fight for our families and continue to defend affordable housing, green spaces, small businesses and our immigrant communities."

In Upper Manhattan and the Bronx, Rep. Charles Rangel was nominated for a 21st term, beating off four challengers with 47 percent of the vote, including Adriano Espaillat (38 percent), Clyde Williams 11 percent, Joyce S. Johnson 3 percent and Craig Schley (2 percent), according to Associated Press numbers reported by the Daily News.

On Long Island, Republican entrepreneur Randy Altschuler was nominated for a second bid to unseat Democrat Tim Bishop in the 1st District in Suffolk County.

In a Republican primary for U.S. Senate, lawyer Wendy Long prevailed over freshman Rep. Bob Turner and Nassau County Comptroller George Maragos for the nomination to challenge Sen. Kirsten Gillibrand this fall. The result is a stinging defeat for a political newcomer seen as a rising star after winning in a heavily Democratic Brooklyn/Queens district last year to succeed Anthony Weiner. Turner's district was eliminated in the redistricting process and he chose to run for Senate rather than compete for another House district.

Several current and former New York Jewish elected officials had denounced Barron’s candidacy to represent New York’s 8th Congressional District, citing what they called his anti-Israel views. Ex-Mayor Ed Koch, Rep. Jerrold Nadler (D-N.Y.), City Councilman David Greenfield and state Assemblyman Dov Hikind, among others, gathered earlier this month in front of the Museum of Jewish Heritage-A Living Memorial to the Holocaust in downtown Battery Park to call Barron an “enemy of the State of Israel” and the New York Jewish community. Koch even compared Barron to "a snake."

Barron told The Jewish Week last month he did not regret any of his long record of statements about Israel, insisting constituents were more concerned with other issues.