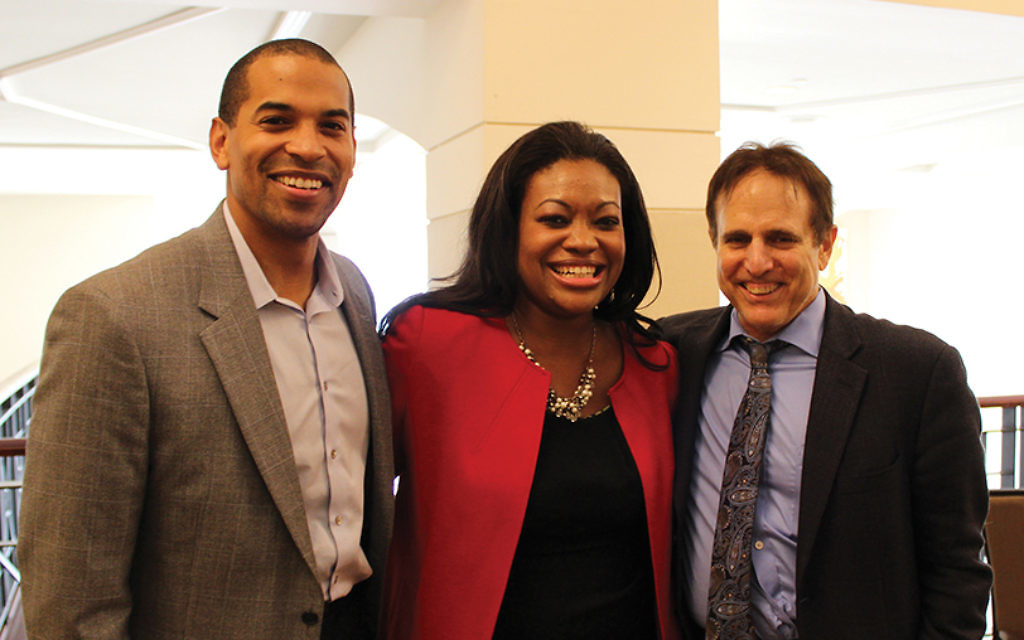 Washington — For the past 10 years, Rabbi Steve Gutow has been trying to get American Jews to be more civil to each other, especially in debates about political issues.

But a decade on, as he prepares to step down from the helm of the Jewish Council for Public Affairs, the community seems even more bitterly divided than when he started his tenure in 2005.

“It’s become much worse,” Rabbi Gutow said with an exasperated sigh, and then a smile, at the JCPA’s annual conference being held here Sunday to Tuesday. “I see people say anything, and they don’t listen to your side.”

The JCPA is the national umbrella body for Jewish community relations councils — local advocacy groups that work with the broader community on public policy issues such as Iran sanctions, U.S. energy independence and hate crimes legislation.

Rabbi Gutow’s signature issue while leading the JCPA was being civil to one another. He talked about the issue constantly, and in 2010 he hired Rabbi Melissa Weintraub to travel to communities and help set up local initiatives to advance civility. At this week’s conference, the focus was on the deterioration in Jewish discourse, particularly regarding the Iran nuclear deal debate over the summer.

The overall takeaway, Rabbi Gutow acknowledged in an interview before delivering his valedictory speech on Oct. 11, is that the Jewish community has not heeded his appeals — indeed, his institutional commitment — to more civil engagement. In fact, if anything, the corrosive tone he identified when he assumed the presidency in 2005 has grown worse.

Rabbi Gutow, who is stepping down at the end of December, was showered with accolades throughout the conference. During his final year, the JCPA allowed him to dial down his daily work for the organization and spend some time setting up his next venture, a training program for interfaith activists. Rabbi Gutow, 66, was ordained at the Reconstructionist seminary.

“I’m not sick of the Jews,” Rabbi Gutow said with a laugh, brushing off a question about whether he is burned out from Jewish organizational work. “The Jews are a tough row to hoe, though.”

Rabbi Gutow said in the interview that there remain a number of issues where there is consensus: defending Israel, protecting Jews abroad, addressing hunger, championing rights in Sudan, combating man-made climate change, advocating for the disabled, and combating discrimination against women and minorities.

But in his speech Rabbi Gutow focused on the vitriol in debates about issues on which American Jews were divided, notably the Iran nuclear agreement reached between the Islamic Republic and six world powers led by the United States. He said opponents of the deal were depicted by its backers as warmongers, while deal supporters were likened to Neville Chamberlain, the British prime minister who appeased Nazi Germany.

“The very notion that those who opposed the Iran treaty simply wanted war flies in the face of most of those people whom I know,” the rabbi said in the address. “And equally far-fetched is the idea of opponents of the treaty — that those who supported it were traitors and Obama was Neville Chamberlain.”

The aftereffects of the debate over the deal, which trades sanctions relief for nuclear restrictions and which pitted the administration of President Barack Obama against the American Israel Public Affairs Committee, are still being felt, according to many participants at the JCPA conference.

Jeremy Burton, the executive director of the Jewish Community Relations Council of Greater Boston, in a workshop following Rabbi Gutow’s speech, pushed back against an argument by his metro Washington counterpart, Ron Halber, that the Iran debate was a one-off and that the national community would settle back into a calmer discourse.

“All the underlying stuff that came out is still with us and we still need to deal with it,” Burton said. “We need to figure out a way to make it less damaging.”

Dov Waxman, a professor of political science at Northeastern University, said during the same workshop that Jewish organizations noted the gap between overwhelming Jewish organizational opposition to the Iran nuclear deal and polls that showed more Jews supported the deal than opposed it.

Rabbi Gutow in his speech singled out efforts to keep J Street, a Jewish Middle East policy group that has been harshly critical of the policies of the government of Israeli Prime Minister Benjamin Netanyahu, in communal isolation.

“The way some speak viciously and negatively about J Street, a clear supporter of Israel as a Jewish state, cannot possibly do anything but drive those on the moderate left away from Israel,” he said.

“One of the troubles in our culture is that wealth seems to control decision making,” he said in the interview with JTA. “It’s a mistake. The community has gotten much worse that way.”

JCPA policy is driven by the decisions of the local community relations councils and synagogues across the country, not by top-down decision-making.

In the broader community, conservative donors set terms on pro-Israel activity that marginalize the left, argued Rabbi Gutow, who in 1990 helped launch the National Jewish Democratic Council. But the native Texan said he has seen liberal donors also act as spoilers. As an example, he cited liberals making their donations contingent on advancing specific rights for the gay community that tend to alienate more traditional groups.

“‘Everyone needs to support what I support on LGBT marriage’ is what they say,” he said.

So what is the relevance of a consensus-driven organization for a community that finds it harder and harder to arrive at consensus?

Rabbi Gutow says that when he speaks to non-Jewish leaders, including lawmakers, on consensus issues like defending Israel, protecting Jews abroad or addressing hunger, he is able to confidently say he speaks for the community. An example he cites is the annual hunger seder that the JCPA organizes on Capitol Hill — an event that advocates for increased food subsidies for the poor and draws lawmakers from both parties.

“I’m much stronger when I speak to a congressman if I can say I have the community behind me,” he said.