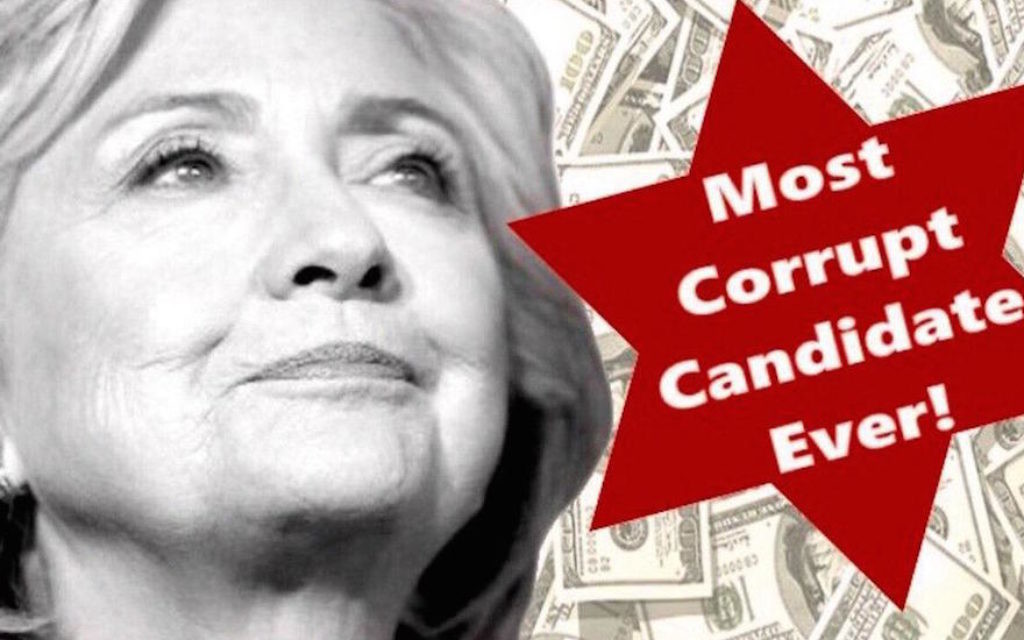 Donald Trump’s Jewish son-in-law has been called out by a writer for the New York Observer, a newspaper he owns, for allowing perceived anti-Semitic messaging to be used in his father-in-law’s presidential campaign.

The Trump campaign was most likely hoping that today's airwaves would be dominated by an FBI indictment of Democratic nominee Hillary Clinton over her personal email usage while serving as Secretary of State. Instead, Clinton was cleared of charges and Donald Trump has been accused, once again, of anti-Semitism. This time, for a now-deleted tweet that just won’t go away.

The tweet, which was posted by Donald Trump’s official twitter account Saturday night, featured an image of Hillary Clinton with a backdrop of falling hundred dollar bills and the phrase “most corrupt candidate ever” emblazoned on a red Star of David. Twitter users and media outlets immediately called out Trump for the usage of the symbol. Trump eventually deleted the tweet, and reposted the image with a circle superimposed over the Star of David.

Dana Schwartz, a writer for Observer, was one of the first members of the media to notice the meme’s anti-Semitic imagery. After Schwartz tweeted out against the tweet’s hateful implications, anti-Semitic twitter users came out in droves to attack her. The racist tweets aimed at Schwartz were much more overt in their hatred of Jews, with multiple references to Schwartz’s nose and another Holocaust, calls to “preheat the oven” and pleas for Schwartz to “kill herself.” Schwartz responded by penning a letter to Jared Kushner, whose publishing company owns Observer and whose father-in-law is Donald Trump. In her piece, Schwartz dissects and refutes the defenses of Trump in addition to demanding that Kushner, who is an Orthodox Jew, to stand up against Trump’s anti-Semitic tweet.

“You went to Harvard, and hold two graduate degrees,” Schwartz wrote to Kushner, who is a top campaign adviser to Trump, his wife Ivanka’s father. “Please do not condescend to me and pretend you don’t understand the imagery of a six-sided star when juxtaposed with money and accusations of financial dishonesty. I’m asking you, not as a ‘gotcha’ journalist or as a liberal but as a human being: how do you allow this? Because, Mr. Kushner, you are allowing this.”
“Right now, this hate is directed to one of your employees, but the message applies equally to your wife and daughter,” Schwartz wrote. Ivanka Trump underwent an Orthodox conversion before marrying Kushner in 2009.

“When you stand silent and smiling in the background, his Jewish son-in-law, you’re giving his most hateful supporters tacit approval,” wrote Schwartz.

The New York Times reported Tuesday that Kushner, a 35-year-old real estate developer, “has become involved in virtually every facet of the Trump presidential operation, so much so that many inside and out of it increasingly see him as a de facto campaign manager.”

The Times found that Kushner helped Trump recruit a communications director, oversaw the creation of an online fundraising system and is helping him choose a running mate. He reportedly convinced Trump to fire his former embattled campaign manager Corey Lewandowski.

According to the Times, Kushner believes Trump’s “respect for his Jewish faith is sincere” and that the issue is “not worth addressing.”

Trump, for his part, has taken other measures to defend his name against accusations of anti-Semitism besides the post’s deletion. The billionaire and his team, lashed out at the “dishonest” media for making the anti-Semitic connections, denied that the six pointed star was a Star of David, instead calling it a “sheriff's star” or “plain star,” and even shifted blame to Microsoft paint for having the shape available to use. His supporters argue that there is no “anti-Semitic bone in his body” and that his Jewish daughter and son in-law, numerous Jewish aides and outspoken support for the State of Israel show his appreciation of the Jewish people.

Trumps critics have refused to relent on the anti-Semitic associations they say are evoked by the tweet. The online publication, Mic, traced the origins of the tweet to a white supremacist site. Yesterday, Hillary Clinton’s campaign labeled Trump’s tweet anti-Semitic and then today, House Speaker Paul Ryan did the same. Ryan went on to say that anti-Semitic images have “no place” in a campaign and expressed his desire for Trump to “clean this up.” The controversy has been given the name “stargate.”

This is not the first time Trump, and his campaign, have come under fire for accusations of anti-Semitism. A year ago this month, Trump tweeted an image of a Nazi soldiers inside an American flag, a tweet he later deleted. While speaking to the Republican Jewish Coalition in December, Trump made several statements that were interpreted by many audience members to be anti-Semitic in tone. And after the notoriously anti-Semitic, Holocaust-denying David Duke endorsed the Queens-born Real Estate mogul, Trump did not immediately disavow the infamous white supremacist. Although Trump has since disavowed the former KKK leader, Duke has continued to praise Trump and support his campaign. Duke was one of the thousands of Twitter users to retweet Trump’s tweet on Saturday night before its removal from the site.

JTA contributed to this story.