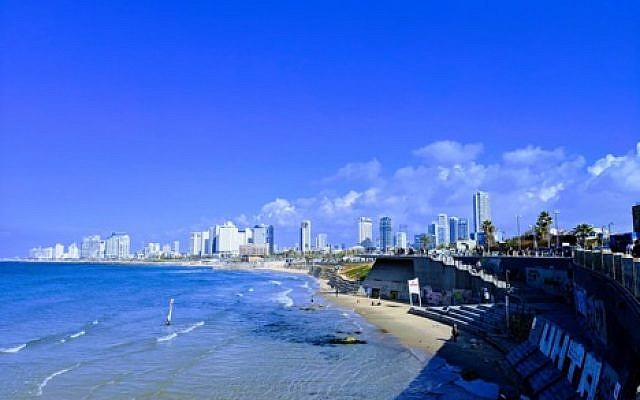 Illustrative photo of the Tel Aviv beach from the Jaffa Port. Courtesy of Jeremy Bernstein.

Stressing that it is not going into competition with Birthright Israel, the student arm of J Street announced today that it is organizing a free “model trip” to Israel in July that will include meetings with both Israelis and Palestinians and show participants how the occupation is impacting daily life in the West Bank.

At the same time, J Street said it is asking Jewish-American students to pledge not to participate in any organized trip to Israel that does not include such interactions with Palestinians.

Eva Borgwardt, president of J Street U, the organization’s student arm, said in a statement: “Organized Israel trips that omit and exclude Palestinian perspectives provide political cover for policies that entrench the occupation and undermine the two-state solution. We can’t accept that.”

Last fall, J Street U organized a petition drive calling upon Birthright to change its itinerary to include Palestinians who would discuss the ramifications of the occupation. Some 1,500 students signed the petitions, which were sent to the directors of Hillel on 30 college campuses in the U.S.; Hillel is a major provider of Birthright trips.

The petitions were forwarded to Birthright, which either did not respond or issued a statement saying no changes would be made because its trips already include “a general discussion about geopolitics in the region,” according to Logan Bayroff, a spokesman for J Street.

He said the feedback J Street has received from students is that Birthright trips do not provide enough information for them to “sufficiently understand the complexities of the issues” and the reality of the occupation. 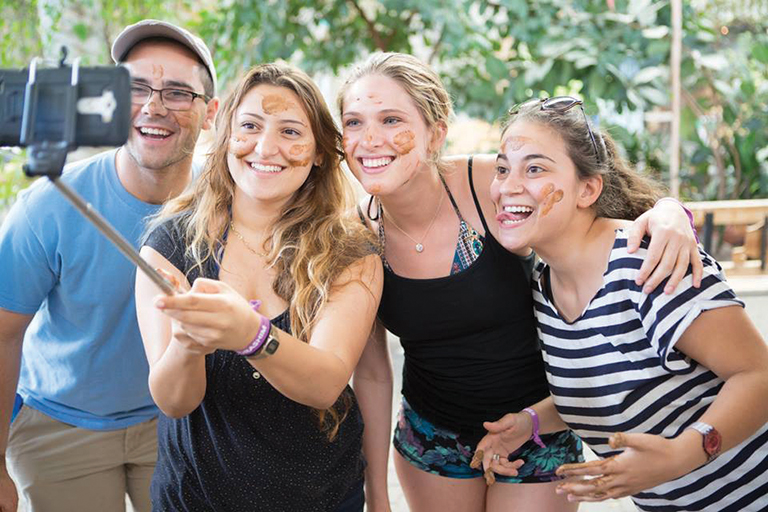 Illustrative photos of participants visiting an olive oil factory in Northern Israel during a Birthright trip in the summer of 2016. Though the J Street model is similar to Birthright, the organization claims its not intended as competition. Courtesy of Coby Engelhart

“Young Jews should absolutely visit Israel and develop a deeper understanding of what life is like there,” said Zachary Spitz, a vice president of J Street U. “That includes speaking with a diverse range of both Israelis and Palestinians, and understanding what life is like for people who live in the West Bank under military occupation. Since Birthright is so far refusing to evolve in this regard, we’re stepping up and providing a model for the kind of truly educational and nuanced trip that our generation wants to go on.”

A spokesperson for Birthright Israel said in a statement: “”We respect all young people’s desire to visit Israel in any way that suits their needs and interests, including extending their time in Israel after participating in their program of choice. Our educational trips are non-partisan and have enabled more than 700,000 Jewish young adults to experience Israel over the past 19 years. We appreciate all organizations that aim to connect the Jewish diaspora to Israel and provide the gift of experiencing Israel first-hand.”

The move follows that of the Israeli anti-occupation group IfNotNow, which has staged a half-dozen protests against Birthright’s refusal to have their participants engage with Palestinians to learn about the occupation from their perspective. IfNotNow has distributed literature to departing Birthright participants explaining their position, and its supporters have disrupted Birthright trips they were on to raise questions about Palestinian living conditions and have walked off Birthright trips to visit Palestinians in the West Bank.

A spokesman for IfNotNow said in a statement: “While Birthright claims to be an apolitical trip, they regularly choose to put the interests of their right-wing donors like Sheldon Adelson and the Israeli government over the desires of our generation — and have yet to do the bare minimum of any moral educational institution talking about Israel and confronting the crisis of occupation. It is not surprising then that J Street U was told no when they asked Birthright to allow participants to engage meaningfully with Palestinians living under occupation. We welcome their trip and believe that every participant on every trip to Israel-Palestine should learn about the brutal reality of the Palestinians’ life under military occupation.” 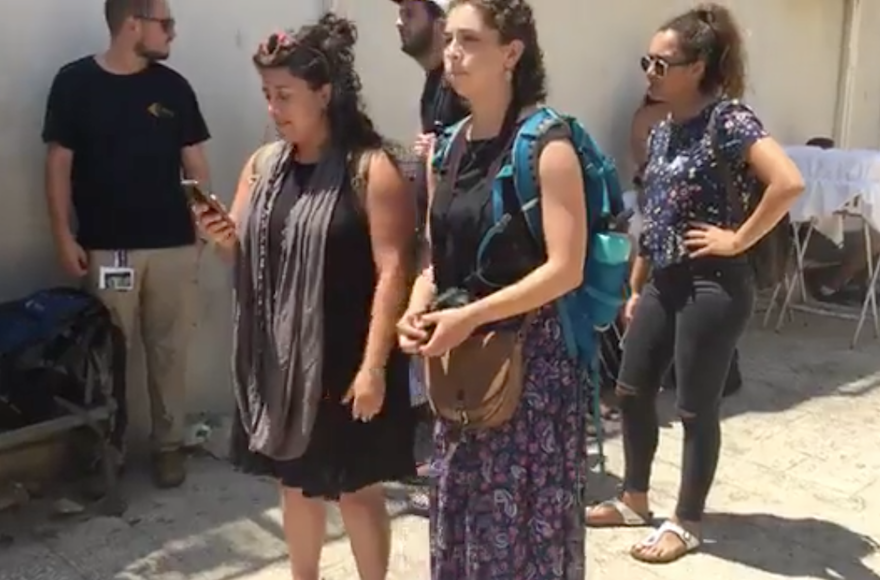 Recent Birthright trips have been plagued by participant walk-offs (and at times ejections from the group) as well as criticism for not showing a holistic view of the Israeli-Palestinian conflict. Here, some Birthright participants film themselves talking about their reasons for leaving their trip last summer. JTA

Bayroff said it is his organization’s “hope that Jewish leaders, philanthropists and educational groups will look at our trip as a model for the kinds of organized trips to Israel they should be putting together and funding. We also hope that Birthright will ultimately heed the call of thousands of American Jewish students, and change their own trips to finally include these vital perspectives and realities.”

He said J Street expects to receive hundreds of applications to fill the 40 seats on its upcoming trip, which runs from July 1 to July 10. The deadline for applications is April 14 and applications can be submitted through the J Street website for the application. The trip is open to all college students. The 40 selected students will be notified by May 1.

In addition to visiting the usual tourist sites, the trip will include visits to such West Bank cities as Hebron and Ramallah and conversations with settlers and Israeli and Palestinian peace activists.