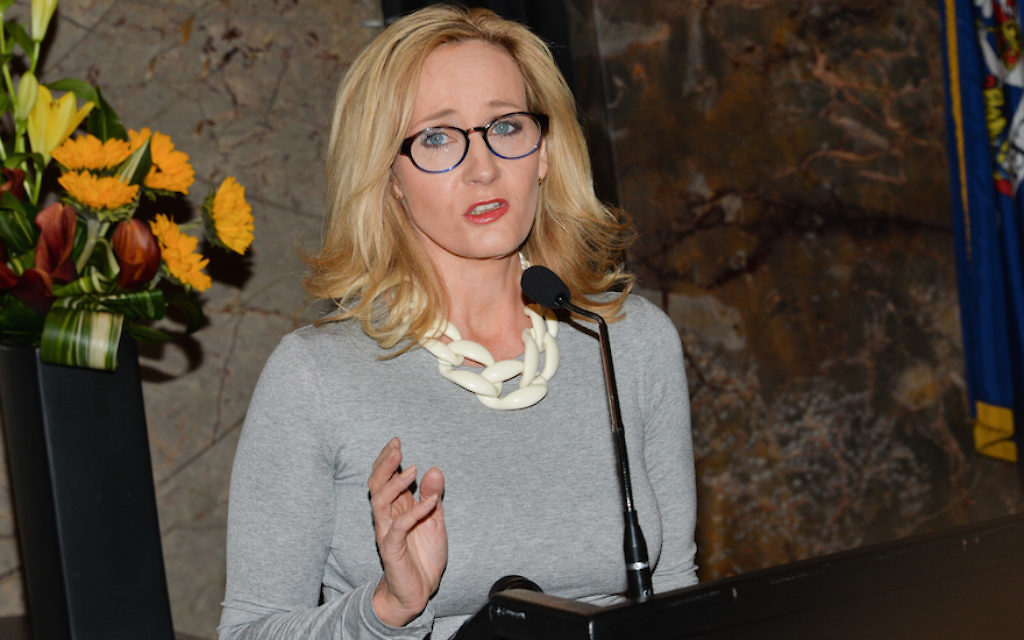 J.K. Rowling defended her opposition to a cultural boycott of Israel with an analogy from her “Harry Potter” book series.

The author has faced backlash since joining 150 prominent British figures in signing an open letter, published in The Guardian last week, that endorsed cultural engagement with Israel rather than a cultural boycott, as a way to promote peace between Israel and the Palestinians.

Rowling — whose “Harry Potter” books sold 400 million copies and were adapted into the second-highest grossing film series of all time — used Albus Dumbledore, a headmaster of Hogwarts wizarding school in the series, to make a moral point about the need for dialogue and cultural engagement with Israel.

“Dumbledore is an academic and he believes that certain channels of communication should always remain open,” Rowling wrote today in a post on TwitLonger, a website that supports sharing longer messages on Twitter.

She referred in the post to a moment in “Harry Potter and the Deathly Hallows,” the final book in the series, when Dumbledore chooses to meet Severus Snape, a mysterious professor at Hogwarts, on a hilltop at a time when Snape’s loyalties are unclear.

“At the moment when he answers Snape’s call, he cannot know that Snape isn’t going to try and kill him … Yet still, Dumbledore goes to the hilltop,” Rowling wrote.

She pointed out that Dumbledore chose to meet and speak to Snape, simply because it was the right thing to do.

Dumbledore, she concluded, is the “moral heart of the books. He did not consider all weapons equal and he was prepared, always, to go to the hilltop.”

Rowling’s comments were a riposte to the many social media posts criticizing her involvement in the open letter. Many of the critical tweets and Facebook posts used the characters, language and story of the “Harry Potter” series.

“My battle of Hogwarts dreams have always had the death eaters as Zionists, and Harry and his peers as Palestinians,” wrote a young Palestinian woman in a Facebook post, which was now been shared over 6,000 times. “Can you imagine sitting Hermione and Bellatrix down, after Bellatrix has tortured Hermione, to talk things out?”

The young woman was referring to the open letter’s claim that “open dialogue and interaction promote greater understanding and mutual acceptance,” which the letter argues is the best path to peace through the two-state solution.

In her TwitLonger post, Rowling argued that a boycott would do nothing to influence the Israeli government, which controls the country’s policies. She said that “severing contact with Israel’s cultural and academic community means refusing to engage with some of the Israelis who are most pro-Palestinian, and most critical of Israel’s government.”

In previous TwitLonger post, published Monday, Rowling wrote that she had “never heard of a cultural boycott ending a bloody and prolonged conflict,” adding that she “deplored most of Mr [Israeli Prime Minister Benjamin] Netanyahu’s actions in office.”