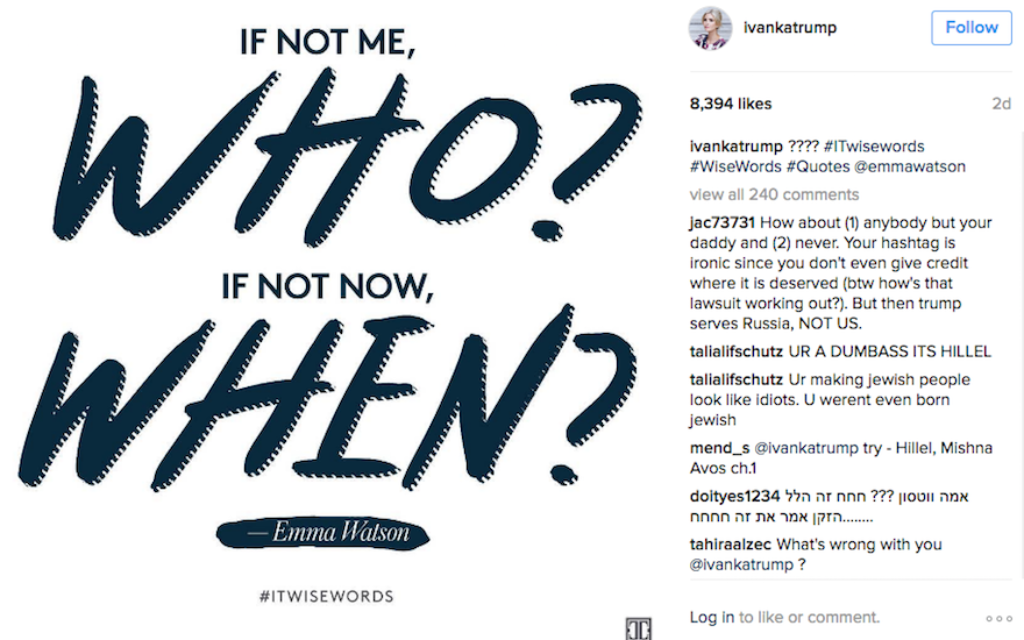 On Friday, Trump came under fire for crediting Emma Watson with a quote that she posted on her Instagram account that read, “If not me, who? If not now, when?” The quote, which is a shorter variation of one of Judaism’s most famous sayings, should have been attributed to the first century BCE sage Hillel the Elder. It was originally written in Pirkei Avot.

Watson, known for her role as Hermione in the “Harry Potter” film series, used the two-millennia-old quote during a speech announcing a gender equality initiative at the United Nations in 2014.

Trump’s followers immediately caught her misattribution and retaliated by hurling an onslaught of jokes her way, since Trump had probably learned the quote during her Orthodox conversion to Judaism before marrying real estate businessman Jared Kushner in 2009. Trump most likely does not personally run her social media accounts, and therefore is unlikely to be the person responsible for the social media blunder.

Nonetheless, this incident was another setback to her father’s presidential campaign. Trump has been trying to add an element of female empowerment to her father’s campaign to help whitewash his tendency for making misogynistic comments.

The full quote that Trump borrowed from reads: “If I am not for myself who is for me? And being for my own self, what am ‘I’? And if not now, when?”