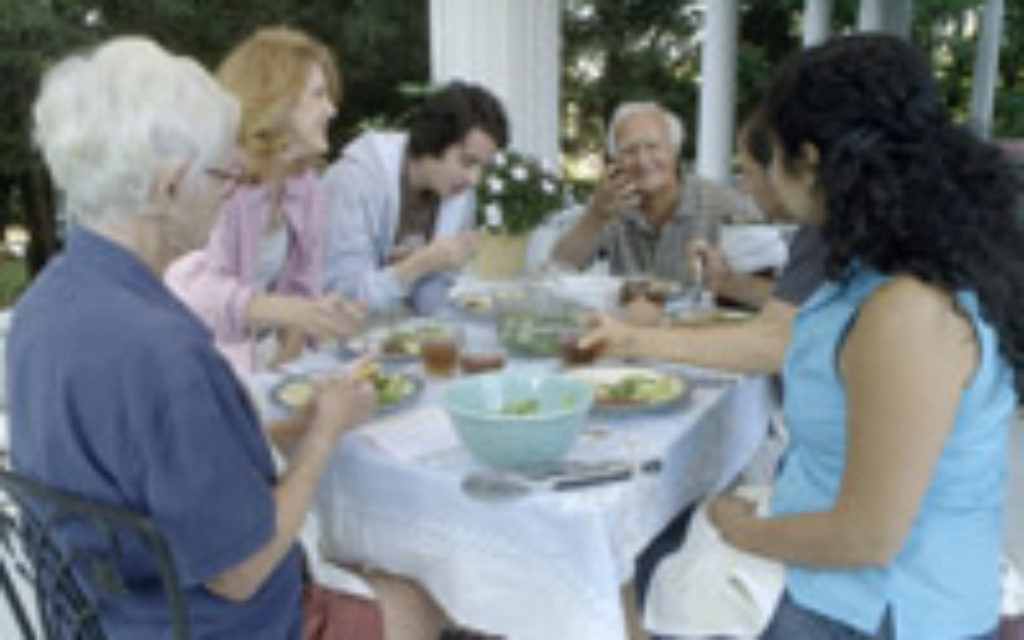 It takes a filmmaker with a significant amount of chutzpah to base his second feature film on an old chestnut like a family gathering as its patriarch nears death. Marc Meyers not only takes that risk in his second feature film, “Harvest,” which opens on May 6; he also eschews the emotional pyrotechnics that the subject usually encourages to create something more thoughtful, intelligent and, frequently, elegant.

The resulting film is a family drama that steps back from potential melodrama and resists the urge to caricature its participants, all the while building its laughs and tears out of the complexities of its characters.

The Monopoli family is Italian and Jewish and living in Connecticut. Whatever problems the marriage may have had in the distant past are never discussed in the film, but there is more than enough tension in the household without adding cultural differences to the mix. Siv (Robert Loggia) and Yetta (Barbara Barrie) are the elders. He is dying of pancreatic cancer, but definitely doesn’t plan on going gentle into that good night; she is suffering from senile dementia and gently drifts in and out of reality. Their three children, Anna (Victoria Clark), Benny (Arye Gross) and Carmine (Peter Friedman) are in a perpetual tug-of-war, with the brothers no longer speaking and Carmine barred from the house. Of the three, only Anna has married, although she has long since divorced, and her son Josh (Jack T. Carpenter) is a reluctant summer guest. He, in turn, resents having his last summer of college infringed upon and he misses his girlfriend.

It is the sort of set-up that would naturally lend itself either to crass sitcom humor or maudlin “On Golden Pond” hysterics. But thankfully, Meyers, who also wrote the screenplay, is aiming for something of much greater subtlety. Many of the family tensions are merely hinted at; Carmine and Benny are on the outs over a loan that wasn’t repaid, but we never find out more than that simple fact. Anna seems to be a New Age nut, but Myers doesn’t push her ostensible goofiness for cheap laughs. We see Josh break up with his girlfriend without getting too much of the history behind the split.

Meyers foregoes the obvious laughter/tears moments, replacing them with nuanced, rounded characters rather than a set of comic cues, and even the most potentially devastating revelations are underplayed. He has a strong cast and is content to let them carry his astutely observed writing where they want to take it. More important, he allows scenes to play themselves out in real time, never cutting for cheap emotional effect, using long takes to allow emotions to develop and the internal rhythms of actors and dialogue to govern the scene.

He has a keen eye for the emotionally charged moment, as well. There is a lovely example midway through the film, when Siv goes upstairs to bed and Meyers allows his camera to linger for a moment on Benny, who watches his father walk out of frame, his face filled with all the ambivalent feelings a son may have for a parent.

Meyers’ relaxed approach pays powerful dividends, especially at the end of the film. The penultimate scene, with Yetta and her grandson, is filmed in a single take, with beautifully modulated interaction between Barrie, who is one of the great underappreciated treasures of American acting, and Carpenter, who is definitely a keeper. When the two of them leave the shot, the camera stays behind and, with just the slightest downward movement reveals the prop that was at the center of the scene, giving the audience a deeply moving but subtle emotional nudge.

“Harvest” is not without its flaws, as may be expected from a director’s second feature film. Meyers’ writing in the first third of the film is a bit too laissez-faire, with the result that relationships are bit confusing for the first 20 minutes. Likewise, one of the film’s most important revelations, from Siv’s World War II experiences, is handled too casually. Meyers’ dialogue probably could do with a little tightening, too. But his grasp of character and camera and the all-important connection between those elements is sure, and he is definitely a talent that bears watching.