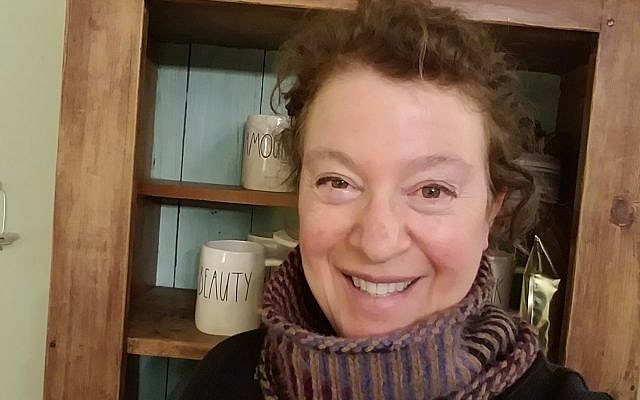 You may know the parable of Rabbi Bunem, who had two notes to himself, one for each pocket.   One said, “The world was created for me” and the other said “I am dust and ashes.” Depending on his need, the rabbi pulled out one or the other to read as a reminder. When he felt as if he didn’t matter, he pulled out the first. When he felt over confident, he pulled out the other. This lesson teaches us the importance of balancing our egos.

The balance is tipped these days. More energy than ever is spent on flashy display type gestures meant to assist, entertain or celebrate people with disabilities. Public awareness is essential to building understanding. However, we are losing sight of the pressing need to assist with running the 24-hour daily engine of everyday life for especially vulnerable people. Our culture of superheroes and self promotion allows more than ever for operating from “the world was created for me.”

But not entirely. Our son Jack, who is 24 years old and has Fragile X Syndrome, is unable to tell us if he has a headache or his teeth hurt. Those are just small examples of his communication challenges. Yet with 2 staff assistants at a time, he holds down 2 daily paid jobs along with a variety of volunteer jobs in our community. These jobs save Jack’s life. Without structure, his day dissolves into destructive oblivion. 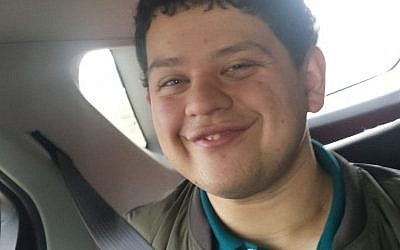 Over the last year, Jack has been going through a needed medication change and some significant dental issues. Stable moods are a challenge with Fragile X. Last fall his behaviors escalated. So one day when he walked into Home Depot for work, as he passed the wall where fliers and other information are posted, he became extremely agitated. He suddenly started tearing things off the walls. While Jack’s staff calmly talked him down in an effort to get him leave the busy area, Jack’s supervisor, Meridith and Peter, the store manager, looked on.

I am Jack’s mother, and I also supervise his program. Meridith contacted me later that day by email, saying Peter wanted to schedule a meeting with me. Of course I wanted one also so that I could share in more detail what was going on with Jack. I wanted to convey that no matter what, tearing stuff off walls is not acceptable and I’m working with my staff to prevent anything like that happening again.

When we sat down together the next day, the first thing Peter said was, “I don’t want you to think we are having this meeting because of Jack’s behavior.” (Really? I thought. Wow)

He continued, “When Jack was agitated yesterday, I didn’t quite know what to do. I am his manager so I felt I ought to do something. At that moment I stepped back though because Jack does have staff. But I’m not quite sure what to do in a case like this. But I also want to establish my own relationship with Jack since I’m his Home Depot supervisor.” (What? You are not making Jack the problem?) He continued, “But what we’re really here for is a conversation about how to include Jack more in the Home Depot Community. I’ve been at this job for the past year and I notice he comes in and out with his staff and he’s not really part of things. Nor are they. How can we make Jack more a part of things?” (What?)

We moved on to have a brainstorming conversation and together came up with some ideas to answer these questions. Some addressed opportunities for Jack to build a more direct relationship with Peter, as his senior boss. The other involved planning for Jack to attend a weekly meeting with his co-workers.

Home Depot has always treated Jack with respect and fairness. He has reviews and expectations like all other employees, but tailored to his pace and skills. Meridith, as his direct supervisor talks to him in the same tone she addresses everyone else. And in her small windowless office, she advocated long and hard for Jack’s original employment.

However, in all my years of advocacy on behalf of my children, never once has a school administrator, teacher, supervisor or manager enlisted me as Peter did when he asked, “How can I include Jack MORE?” In fact, during the elementary school years, when my husband and I asked that our son be included in a game at recess, the principal responded with,“We can’t make other children play with your children. It seems that all the Mitz family wants is MORE MORE MORE.” He even added, “People in the community are talking about that.” This was not a compliment. And indeed this school actually did provide caring and creative staff and accommodations for both of our sons. But their social growth at school hit a wall not because of our sons’ limited abilities, but because this principal’s response was to limit opportunities by saying, look at all we do for your children. Isn’t that enough?

No, it is not enough. It does not begin to be enough. The principal was right in one way. I do expect MORE MORE MORE. More assistance does mean extra but it doesn’t mean extra special and it doesn’t even always mean extra money. The word extra is deceiving. Words like extra and special imply privilege. Extra for our kids doesn’t mean icing on a cake. It doesn’t even mean the cake. Extra assistance means our kids get a shot at having the main meal. Extra means we rightfully expect to be partners in advocacy. Planning opportunities for engagement, growth, self-expression and making choices is a lifelong process for children who may not ever be able to speak independently for themselves. Attention, effort and an open perspective with a huge learning curve is required.

The Talmud says: “To save a life is to save the entire world.”

What can it mean to save a life?

It is an extraordinary ideal for people like Jack to live an ordinary life. Jack’s bosses, along with his staff, are living proof that he can achieve a good healthy life with purpose. His success depends on them. There are no superheroes in this story. Just ordinary people with notes in 2 pockets. Actively and without fanfare they are saving one young man’s world every single day.

Amy Brenner Mitz is an ordained cantor who has served congregations in Chicago, St. Louis, New York and New Hampshire. She has an older brother with autism. Presently she lives in northern New Hampshire with her husband and 24 year old twin sons, one with Fragile X Syndrome, the other with Koolen DeVries.