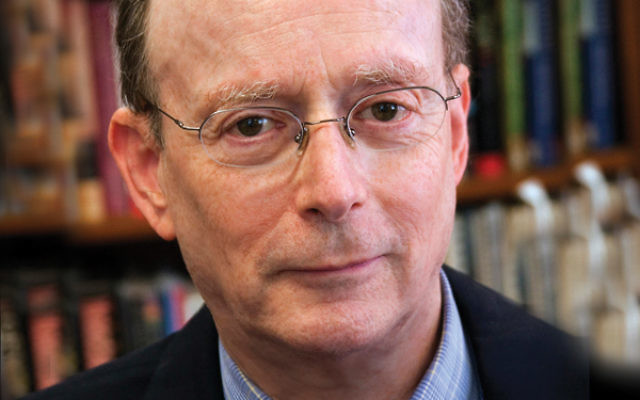 Did you, like me and many other supporters of Israel, cringe on reading the other day that the Jerusalem government had laid claim to nearly 1,000 acres of land in the West Bank, presumably for settlement expansion?

It seemed like the timing couldn’t be worse. After seven weeks of war against Hamas, with many hundreds of civilian deaths in Gaza and relentless international criticism of Jerusalem for alleged disproportionate use of military might, the expansion announcement had a tone-deaf quality to it. As in, what were they thinking?

Surely Prime Minister Netanyahu remembers the outcry and fallout over the Israeli announcement of new settlements during Vice President Biden’s 2010 visit to Israel.

Wasn’t the Netanyahu government aware that once again the world reaction would be condemnation for driving another nail into the fading prospect of a peace deal with the Palestinians?

In response, last week the U.S. called on Israel to reverse the decision, and a State Department official described the move as “counterproductive to Israel’s stated goal of a negotiated two-state solution.”

Given the high level of tension between Washington and Jerusalem resulting from the failure of the Kerry peace effort and the devastation of Gaza in the Hamas fighting, the Israeli announcement this week could well be viewed as a poke in the eye of the Obama administration. As if to say, “We’ll do what’s best for us, thank you.”

The problem, of course, is that the administration may reply in kind to Israel, which is so dependent on the U.S. for financial, diplomatic and military support.

Is the Netanyahu coalition prepared to jeopardize Israel’s relationship with America, its closest and in many ways only major ally in the UN and beyond?

On the micro level, defenders of Israel could note that the 1,000 acres in question, which now has been declared “state land” rather than privately owned Palestinian land, is part of the Etzion bloc. It would remain inside Israel after the kind of land swap expected in any permanent peace pact.

But the takeaway from this latest diplomatic flare-up is that to Israeli leaders, the land status issue, like every issue, is local. And political. No doubt last week’s announcement about the Etzion-area land was based on a decision Netanyahu made, part of a political calculation to ensure the continuation of his coalition.

Ironically, although the prime minister is viewed on the international level as an ideological hawk, in practice, and particularly within his coalition, he is a centrist, seeking to balance more dovish members like Finance Minister Yair Lapid and Justice Minister Tzipi Livni with more right-wing figures like Foreign Minister Avigdor Lieberman and Trade and Religious Affairs Minister Naftali Bennett. It is Lieberman and Bennett who pushed hard for a deeper and longer ground invasion of Gaza to root out Hamas. So it is reasonable to assume that the price Netanyahu paid for the cease-fire agreement with Hamas was a public sign of support for the settlement communities in the West Bank — like announcing the Etzion expansion. It showed support for the Jewish communities in the West Bank and was a reprimand to the Palestinian Authority after its president, Mahmoud Abbas, has sought alternative approaches to statehood rather than directly negotiate with Israel.

Netanyahu has become expert in straddling both sides of the two-state solution divide within his government by satisfying first one side and then the other. Publicly call for a Palestinian state and a willingness to negotiate a solution, then criticize Abbas for partnering with Hamas and allow growth in West Bank Jewish communities to continue. But while this approach has helped keep the prime minister in power, the debate over what his true agenda is — and whether he has one at all beyond the goal of remaining in charge — continues unabated.

The bottom-line message he projects to the world, and especially to the U.S. and to American Jews, is that Israel is not subject to international pressure, even from its best friends.

Such internal, defensive thinking is understandable, particularly when Israel has been made, unfairly and cynically, into a pariah, called out for its allegedly immoral conduct by nations with no respect for human rights or human life. And U.S. policy in the region seems at best inconsistent, preparing to take on ISIS militarily while urging Jerusalem to lay off Hamas, a terror group that sacrifices its own women and children by offering them up as human shields.

What, if anything, can we as American Jews do to stop the hemorrhaging of goodwill in Washington and around the country toward Israel?

Rather than feed our obsession with critiquing the media for its bias toward Israel, which produces limited results (and is no doubt motivated by our sense of helplessness as distant spectators), it would be more effective to let Israel’s leaders know of our discomfort with their diplomatic arrogance. They need to understand that while American support for Israel continues to hold, there is slippage among younger people, particularly among minority groups and women. The same unease holds true for many younger American Jews who feel that Israel has not done all it could to make a two-state solution a reality. These are not healthy signs for the future.

Israel today needs leadership that looks beyond today to tomorrow.

Gary Rosenblatt has been the editor and publisher of The Jewish Week for 20 years and has written more than 1,000 "Between The Lines" columns since 1993. Now a collection of 80 of those columns, ranging from Mideast analysis to childhood remembrances as "the Jewish rabbi's son" in Annapolis, Md., is available. Click here for details.