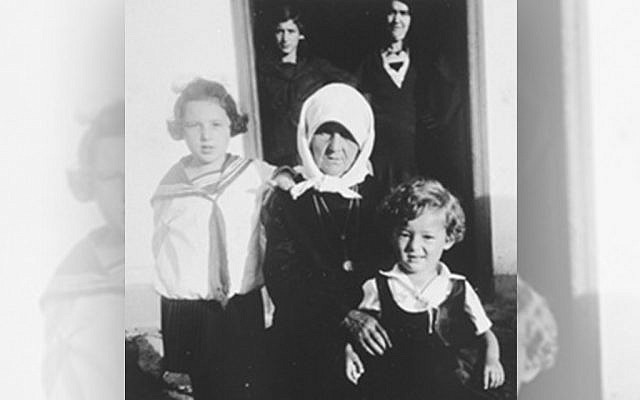 Shane's grandfather, Joe (Osche) Perl, as a young boy before the war, sitting on the lap of his grandmother Yetta Baila Gustein, along with his sister, Eva Ury, in the small shtetl, Ustye Zelenoye. Photo courtesy of Shane Brunswick.

Note: The following article received third-place in the Fresh Ink for Teens/StandWithUs High School Writing Contest. Nearly 70 contestants from around the country answered the following question: “The Balfour Declaration publicly affirmed international support for the establishment of a Jewish state, in what we know today as Israel. What about Israel’s story and the story of resilience inspires you?”

Resiliency is in my blood. It’s in my genetic makeup and the source of sustenance of my people. Just a century ago, a wager that the Jewish people would still exist today, let alone have a flourishing independent country, would have appeared to be a losing bet. But through overwhelming resilience, the Jewish people have persisted. This resilience is not just a vague mythical concept. It’s the reason I know with utmost certainty that we survive.

Every year, my family assembles for our annual Passover Seder, and my grandfather shares one particular miracle of his youth: the day his Polish village was liberated. In the spring of 1944, his Polish town of Buchach was liberated from occupying German Nazi forces by the Soviet troops. As word spread that their town had been liberated, the handful of remaining Jews cautiously began cautiously emerging from hiding, like gophers peeking their heads out of their burrows to see whether the snake remains. My grandfather recalls one Pole muttering, astonished at the sight of the survivors, “Look how many Jews are still alive!” 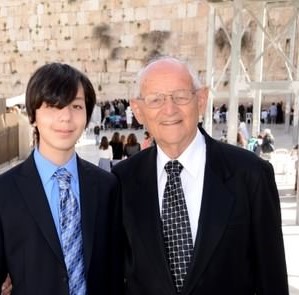 Shane, with his grandfather, at his bar mitzvah in Israel. Photo courtesy of Shane Brunswick.

Fearing the Germans would return to retake the village, remaining Jews decided to run towards deeper Russian territory. Their fears were realized as the Germans returned with artillery fire soon after they left town. Caught in a crossfire between German and Russian forces, there was little hope of survival. The Germans would fire an artillery round, and my grandfather and the other remaining Jews would all drop down onto the muddy dirt road below, laying low. Miraculously all the artillery shells were fired either just too far or just too short of the Jews.

At nightfall, the fire finally ceased and the Jews settled on the outskirts of a farm. Only then did one Jew among them, resolute in Jewish tradition, pause to remind them of the night’s significance — it was the first night of Passover. When he asked how they intended to hold a Passover Seder, my grandfather and the others thought, “Seder? Now? How!?” The religious man proclaimed, “We have survived despite all odds. Our survival mirrors the Jews who escaped Mitzrayim. How could we not have a Seder?” With that, one man left to dig up a few potatoes from a nearby farm, while the group recited the Passover prayers from memory, throwing their own makeshift Seder.

Jewish resiliency is spurred by our unwavering drive to survive and preserve tradition. It is this resiliency that similarly marked the creation of our homeland, Israel. In 1948, the forces of Egypt, Jordan, Syria and Lebanon attacked Israel from all sides. Miraculously, tiny Israel was able to overtake masses of organized armies and emerge victoriously. This display of resiliency, fighting off our attackers and emerging stronger for it, has become the hallmark of our people. I am inspired by my grandfather’s experience and our people’s continuous perseverance, irrespective of the situation. It is this resiliency that encourages me personally to act courageously and adhere to my beliefs through any challenge.

Shane Brunswick is a junior at Milken Community Schools in Los Angeles.