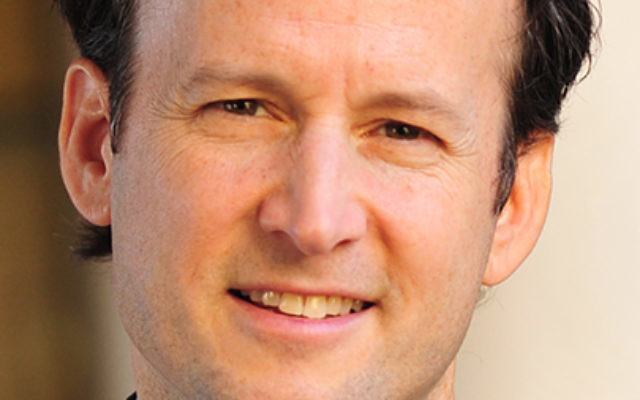 Reports from the recent Herzliya Conference have sparked renewed debate over whether the pro-Israel community should partner with J Street in the fight against BDS on America’s campuses. Those who support this partnership highlight Israel’s collapsing popularity among young progressives and argue that only J Street can provide the left-wing connections and credibility needed to compete for this cohort.

They’re certainly right about the problem. But they’re wrong about the remedy.

Any short-term advantages gained by embracing J Street will be outweighed by the long-term damage. J Street’s leaders may believe that they are acting in Israel’s best interests. But in practice, J Street does more than any other organization to promote the very narrative that’s fueling both BDS and progressive disillusionment with Israel.

The central myth behind BDS success is not that Israel is an apartheid state or ethnic cleanser. Such outlandish claims influence few beyond the radical fringe that wants to believe them. No, the most dangerous myth is that Israel has a choice between “occupation” and peace. In the fantasy world of J Street, Peace Now and their allies, Israel has the power to end its conflict with the Palestinians by simply exiting the West Bank. Since Israel chooses to stay in the West Bank, then Israel is responsible for prolonging the conflict.

When Israel offered to relinquish the West Bank and Gaza in 2000 and again in 2001, Palestinian President Yasir Arafat didn’t just say no. His Fatah organization began competing with Hamas to see which group could blow up more Israeli civilians. They killed over 1,000 Israeli Jews and Arabs in the process.

When Israel offered to leave these territories again in 2008, Palestinian President Mahmoud Abbas simply walked away. He’s steadfastly refused to return to the negotiating table ever since. Abbas might not want to sign a peace deal that requires him to relinquish Palestinian claims to pre-1967 Israel. Or he might simply fear for his safety if he does. Either way, he’s made it perfectly clear that he won’t sign.

So no, Israel doesn’t have a choice between “occupation” and peace. Israel’s only real choice is between waiting for a serious peace partner and unilateral withdrawal. But here too, history teaches a painful lesson. In 2005, Israel unilaterally withdrew all of its soldiers and civilians from Gaza without a peace treaty. Within two years, Hamas had ousted Fatah in a bloody coup and seized control of Gaza. Rocket fire from Gaza into Israel increased dramatically.

As bad as Gaza is, it’s a minor problem compared to what would happen if similar events played out in the West Bank. Gaza is relatively distant from Israel’s major population centers. Most of Hamas’ homemade Kassam rockets can only reach Israel’s southern cities. Hamas has to smuggle in long-range missiles in order to threaten Tel Aviv and Jerusalem.

The West Bank, however, is not far from Israel’s main population centers — it overlooks them. The West Bank is a strategic highland that dominates Israel’s narrow coastal plain — a mere nine miles wide at points — which contains over 70 percent of Israel’s population and economic infrastructure. If Hamas took over the West Bank, they wouldn’t need to import missiles. Their crudest homemade rockets could reach every inch of Tel Aviv, Ben-Gurion Airport and Jerusalem. And if Hamas doesn’t oust Abbas, it may well be ISIS that does so.

The belief that Israel has the power to end the conflict provides a certain comfort. It’s easy to understand why groups like J Street might wish to indulge this fantasy. But on America’s college campuses, this blatant disconnection from reality is dangerous. It fuels the lie that Israel and Israel alone is responsible for this conflict. And if students believe that Israel alone is to blame, the slope towards boycotting Israel will grow ever more slippery.

David Brog is the executive director of the Maccabee Task Force.