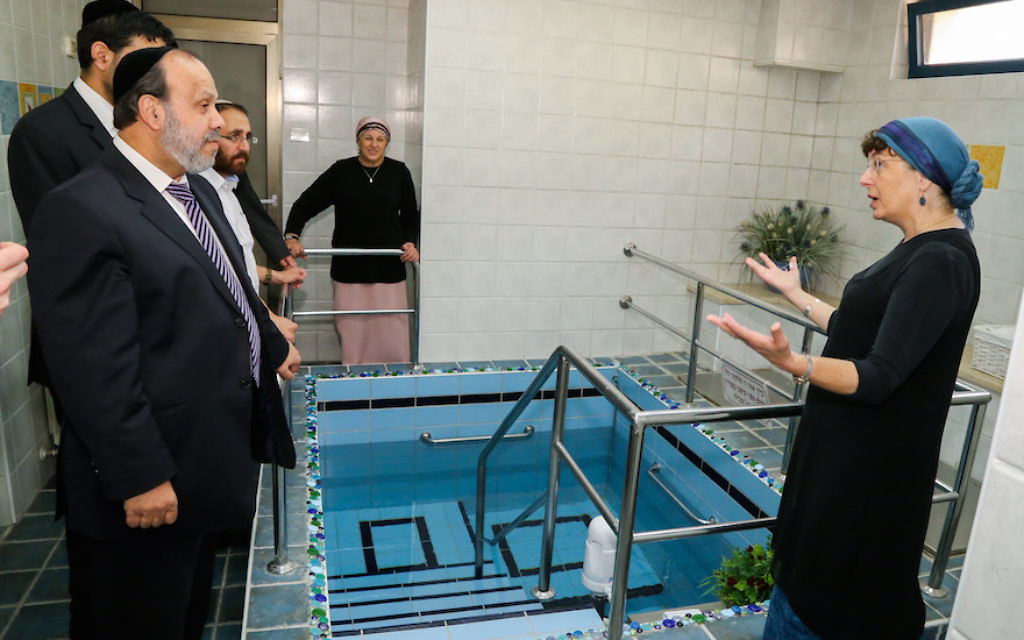 Jerusalem — The use of an attendant during mikvah immersion in Israel will be changed from mandatory to optional.

Israel’s Chief Rabbinate and Ministry of Religious Services agreed on the change in a filing Wednesday with the Supreme Court. The state religious bodies were responding to a suit filed by ITIM, a group that supports Israelis in their encounters with the country’s religious bureaucracy.

“Female mikvah bathers can decide for themselves whether to follow this halachic rule (immersing in the presence of the female mikvah attendant), including bathing by themselves or with the company of a friend, while the local religious council and its employees will not condition the bathing with the presence of the female mikvah attendant during the ritual bathing,” read the response delivered to the court by the state attorney’s office, according to ITIM.

Religious authorities believe the supervision of an attendant at a mikvah, or ritual bath, is necessary to ensure that the woman’s immersion is done according to halachah, or Orthodox Jewish law, including ensuring that every part of the woman, including all her hair, is under the water at the same time.

Some women have complained of mistreatment by mikvah attendants or a screening that is too rigorous. Victims of sexual abuse also have asked to not be observed during immersion.

The response clarifies that the religious position of the Chief Rabbinate is that immersion in the mikvah must be done in the presence of a female mikvah attendant and that signs to that effect should hang in all mikvahs.

Last July, ITIM filed the petition on behalf of 13 women calling on the Supreme Court to instruct the Ministry of Religious Affairs to require all religious councils to maintain “a procedure aimed to protect the personal privacy of all mikvah bathers,” as well as to instruct all religious councils to enable bathing without the presence of the female mikvah attendant in cases where the women demand it.

Rabbi Seth Farber, director of ITIM, in a statement congratulated the Chief Rabbinate “on showing compliance and an understating to the needs of the many women who wish to bathe in the mikvahs, thus bringing them, and many other women, closer to this important mitzvah.”

The Tzohar rabbinical organization called the decision “a further important step forward in promoting Jewish practice and halacha in Israel in an atmosphere of love and acceptance rather than coercion.”