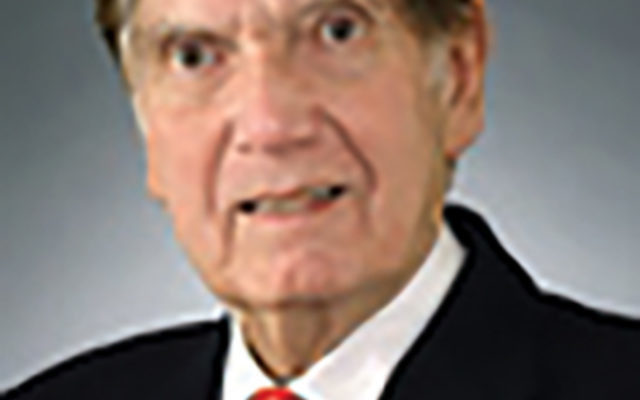 For decades, most American Jews who cared about Israel’s welfare and security adhered to the maxim that we don’t voice criticism of Israel in public. Those of us who’ve held leadership positions in the American Jewish community and have sought to build and sustain support for Israel among our government and general population felt even more strongly about this. It’s perfectly fine for Israelis to criticize their government’s policies, we believed, even vigorously, but we in America must not do that from our shores.

This sentiment began to change in recent years, as Israel’s occupation of the West Bank solidified and with no serious effort by the government to end it. To the contrary, the settler enterprise grew dominant. As a result, some American Jewish leaders, I among them, felt compelled to speak out against Israeli government policies that encouraged settlement expansion and thwarted attempts to achieve a two-state solution.

Then, during the recent Democratic presidential debate in Brooklyn, Sen. Bernie Sanders challenged America’s unbridled support for Israel’s policies, calling Israel’s military response in Gaza “disproportionate.” His comments were greeted with enthusiastic approval by the mostly young audience, many of them Jewish.

In addition to the settlement expansion, another alarming trend has emerged in Israel that American Jews must call out. It began with Prime Minister Netanyahu’s re-election a year ago and his formation of the most right-wing government in Israeli history. It is the Israeli government’s assault on democratic values and its use and support of legislation and incitement to strike down dissent. Speech, press, religion and academic freedoms are under relentless attack and are being eroded. Divisions in Israeli society — between religious and secular, right and left, Arab and Jew — are becoming chasms.

This development should also deeply trouble supporters of Israel in America, and we must strongly condemn it. Here are some other examples.

In February, Justice Minister Ayelet Shaked introduced a “transparency bill” (also known as the “NGO bill”) that would require Israeli organizations that get more than half their funding from “foreign government entities,” including U.S. aid, to disclose that in any publication, position paper and in the course of any contact with elected officials. The bill passed its first reading in the Knesset last month. It targets progressive groups that advocate for human rights and oppose settlements, which depend on funding from foreign organizations. However, millions of dollars sent to Israel to support right-wing causes such as settlement activity come primarily from individuals, meaning this law would not apply to them.

Another example: A bill banning Reform and Conservative Jews from publicly funded ritual baths (mikvaot) and requiring that the baths adhere to the guidelines of the Chief Rabbinate was passed by the Knesset in its preliminary reading March 16. Indeed, the minister of religious services, David Azoulay, speaking about Reform and Conservative Jews, has said, “I cannot allow myself to call such a person a Jew,” and, “We cannot allow these groups to get near the Torah of Israel.”

Education Minister Naftali Bennett and Defense Minister Moshe Yaalon banned the organization Breaking the Silence from schools and army activities. Run by former soldiers, this group collects testimonies from combat veterans about their actual experiences serving in the West Bank and in the wars in Gaza.

The Education Ministry removed a novel about an Arab-Jewish romance from high school reading lists. The same ministry, controlled by the right-wing religious Jewish Home party, rewrote the textbook, “Being Citizens in Israel,” to weaken discussions of democracy and Israel’s Arab minority, while adding content emphasizing Israel’s Jewish religious character.

The perilous state of free press is underscored by the free, unabashedly pro-Netanyahu daily, Israel Hayom, started and funded by Las Vegas billionaire Sheldon Adelson. By flooding the country with free distribution, his paper soon became the largest circulation daily in Israel.

“The state will not finance a cultural institution that burns the flag. Period.” Thus declared Culture Minister Miri Regev a day after she submitted a bill to the Knesset’s Education Committee entitled “loyalty in culture.” It would deny state funding to those who attack or disgrace the state flag or state symbols, incite to racism, violence or terrorism, mark Independence Day as a day of mourning or deny Israel’s existence as a Jewish and democratic state.

And last month the “suspension bill,” essentially targeting Arab Members of the Knesset, was approved for its first reading in the Knesset. Initiated by Netanyahu, it would allow a Knesset supermajority to end the tenure of a sitting, lawfully elected Knesset member.

Some contend that we in America should not get exercised about these measures: They are not so bad; the most objectionable portions will be softened; Netanyahu is letting his most right-wing members appeal to their constituencies; some may not see the light of day. Nevertheless, we in America must not ignore what these measures portend.

American Jewish community leaders, especially the centrist, mainstream ones, should spearhead the condemnation of anti-democratic practices such as these and the trend they reflect. Our views could not then be easily dismissed as coming merely from the left or naive youth. I have been a vocal supporter of Israel for more than 30 years and met with every Israeli prime minister during that period. But I believe we must speak uncomfortable truths about these actions.

We must let our fellow American Jews, Israel’s leaders and its citizens know the cost to Israel of its assault on democracy from our vantage point. Israel’s pushing aside of its democratic values is troubling in and of itself. But even more worrisome is the damage Israel’s anti-democratic measures are doing to Israel — to its international standing, its relationship with allies in the West, its economic growth and, most importantly, to its alliance with the United States and the support Israel has traditionally enjoyed from Americans across the political and demographic spectrum.

The same damage is being inflicted by Israel’s policies regarding Palestinians, as the enthusiastic response to Sen. Sanders’ comments on Israel demonstrate. Israel is losing the support of Americans, particularly the younger ones.

Ultimately, these policies and Israel’s anti-democratic practices will undermine Israel’s security. That’s why American Jewish leaders must speak out.

The writer is a former chairman of the Conference of Presidents of Major American Jewish Organizations.