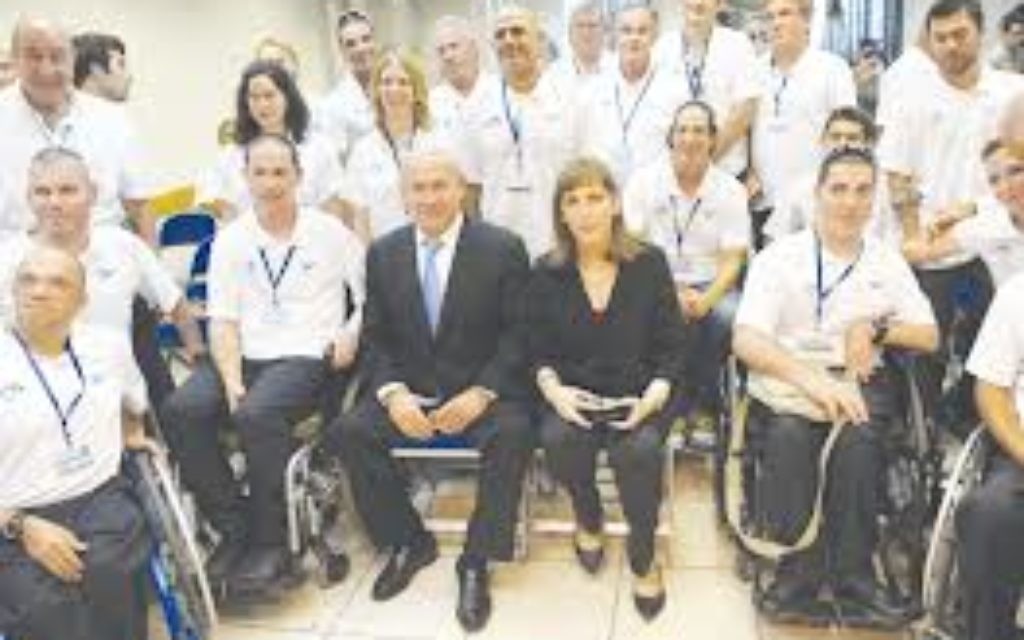 A few weeks after Israel’s Olympic athletes returned empty-handed from London, where they did not win a single medal at the Summer Games, some Israeli representatives are making it to the podium in the same competitive arenas. This time, in the Paralympics.

Israel did not win its first Olympic medal until 1992, and – like most small countries with modest sports budgets – usually wins one or two medals during each Games, always in the Summer competition, usually in relatively minor sports. It has fared much better over the years in the Paralympics, the quadrennial competition for disabled athletes that takes place now in the same venues as the standard Olympics.

If past years are any indications, those won’t be the only medals for Israelis at the 2012 Paralympics – since 1948, Israelis have won 333 Paralympic medals, 113 of them gold.

As the home of thousands of people wounded in war and in terrorist attacks, in addition to those who suffer life-altering injuries in traffic accidents and other accidents, Israel has long been a pioneer in treating the disabled. That, combined with Israelis’ never-say-die attitude, explains the country’s Paralympic success.

I saw that with my own eyes in 1984. That year’s summer International Games for the Disabled, as the Paralympics were known then, took place at Nassau Community College. I went there as a reporter the first week, then returned as a spectator the following week when Israel’s men’s volleyball team qualified for the gold medal match against West
Germany (this was before Germany became a unified nation again.)

A few colleagues from The Jewish Week accompanied me. We sat in the stands amid a sea of small Israeli flags and choruses of “Hey, hey, Yis-ra-el.” We watched as Israel fell behind in the first set. I don’t remember the exact score; something like 12-6. In a first-to-15 set, that spelled certain defeat. I wrote an “L” in my notebook. Then the Israeli men, most of them former soldiers, mounted a comeback, the amputees serving and diving and spiking with abandon. They won the first set.

Same thing in the second set. Again, way behind. Again, an “L.” Again, the Israelis played better when the pressure was on, winning that set.

Ditto for the third set. Israel won the gold medal in a shutout, three sets to none. Afterwards, the Israelis and Germans hugged. A German player led the pro-Israel fans in cheers after the match.

I’ve been a sports reporter since college; that match was by far the most stirring comeback I ever witnessed.

The Israeli men’s volleyball team, one of the players told me, competed in a league against able-bodied teams, possibly the only-such team whose matches were against players whose limbs are intact.

“It gives us an edge,” the player said. “In a way it’s unfair for us to play the handicapped.”

Anyone watching that day understood the drive that motivates Israel. Fans in London are learning that this week.