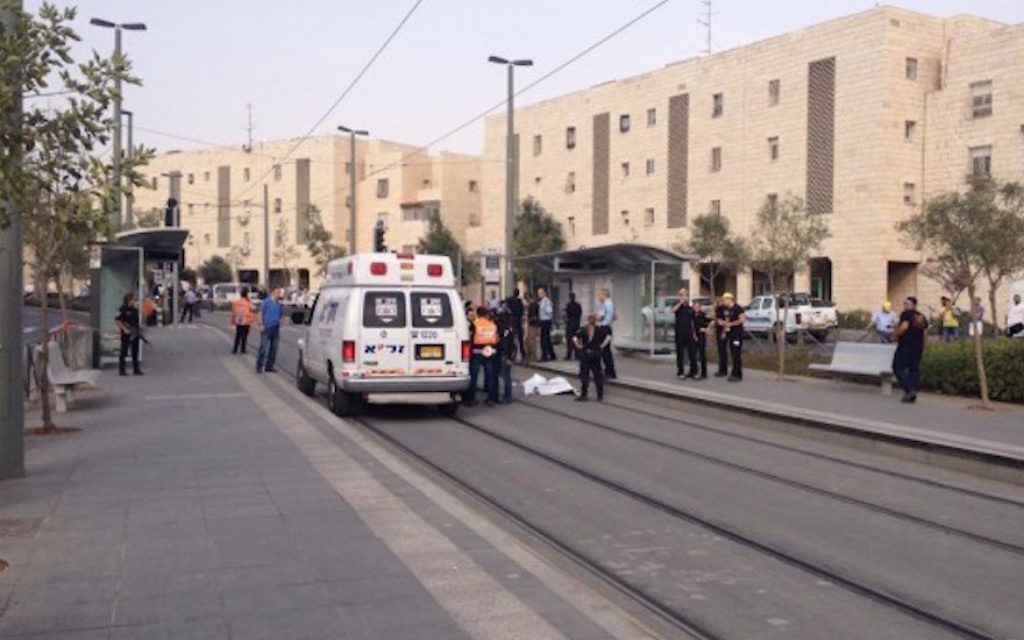 Jerusalem — A 13-year-old Israeli boy who was riding his bike was critically injured in a stabbing attack in north Jerusalem.

The teen and a second victim, 20, also is reported to be in serious condition after the Monday afternoon attack by two assailants in the northern Jerusalem community of Pisgat Zeev, Israel Police reported. One of the attackers was shot and seriously wounded and the second was arrested.

The attack came less than an hour after an Israeli Border Police officer was injured in a stabbing attack outside the National Police Headquarters in northern Jerusalem, near the border between western and eastern Jerusalem. It is the same place that a yeshiva student was stabbed in the neck by a Palestinian assailant on Oct. 8.

The female assailant, identified by Israel’s Channel 2 as a resident of eastern Jerusalem, was shot in the stomach by the injured officer and seriously wounded. Police arrested an alleged accomplice at the scene, Channel 2 reported.

The attacks came hours after Israel Police officers shot and killed an Arab man in the Old City of Jerusalem after he attempted to stab a policeman.