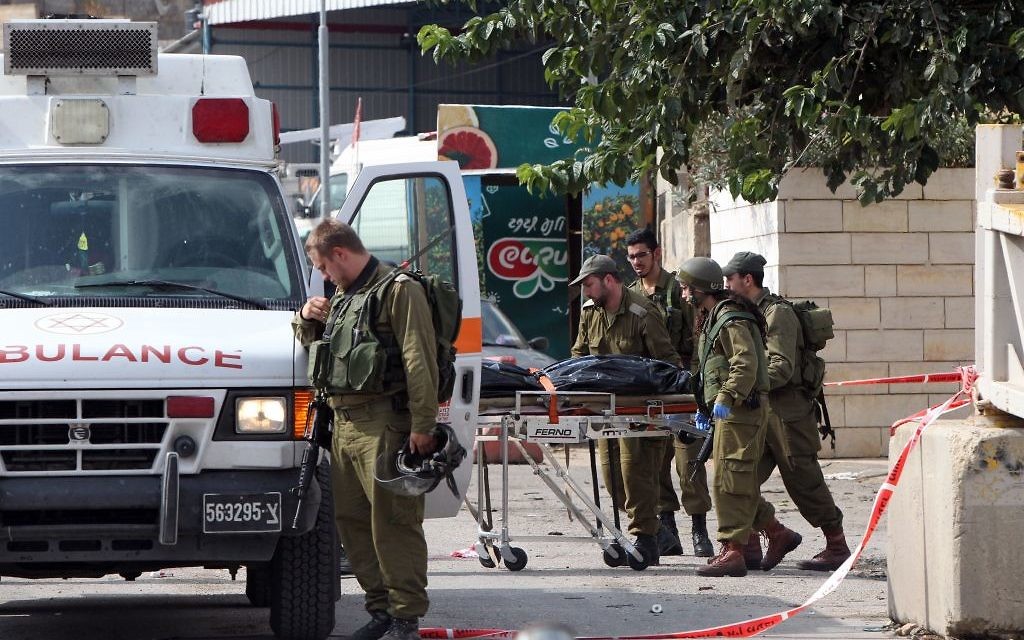 Jerusalem — An Israeli soldier is in serious condition after a stabbing attack near the West Bank city of Hebron.

The victim, 19, was stabbed several times, including in the neck, on Monday morning, according to reports.

Israeli troops shot and killed the assailant at the scene of the stabbing — near the entrance to the Palestinian village of Beit Anun on the main West Bank road Route 60 — according to police.

He was identified by the Palestinian Maan news agency as a 22-year-old from the West Bank village of Sair, 5 miles north of Hebron, and reportedly was a student at Al-Quds University.

Later Monday, a stabbing attack on an Israeli soldier was foiled in Hebron near the Cave of the Patriarchs. The attacker was shot and killed, according to the Israel Defense Forces.