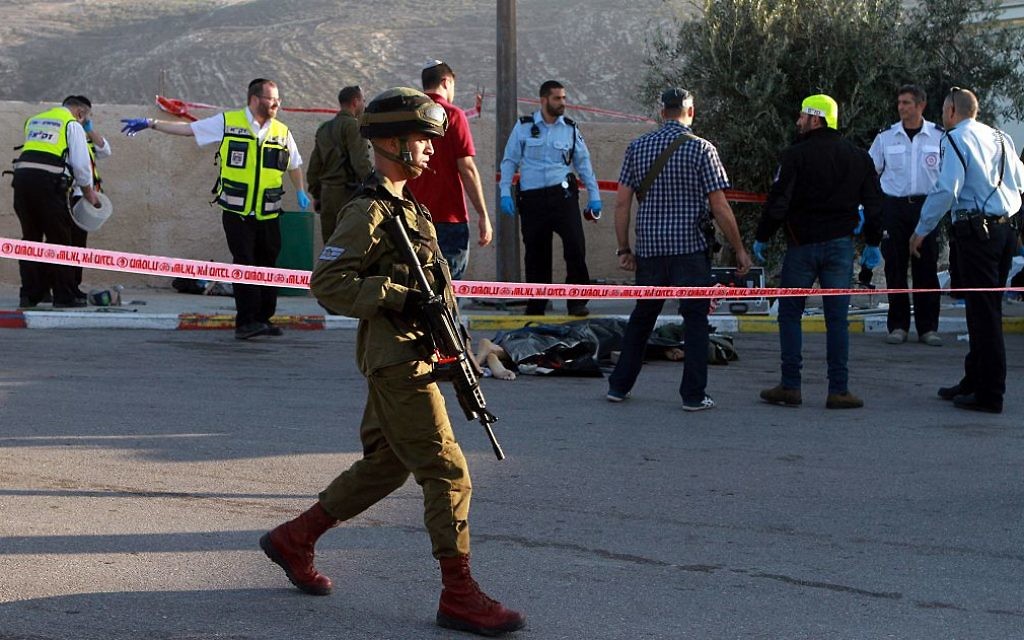 An Israeli soldier was lightly wounded Monday in a Tel Aviv stabbing — reportedly with a screwdriver — in what police are investigating as a terrorist attack.

The alleged assailant, a Palestinian teenager, was arrested near the scene of the attack in the center of the city, the Times of Israel reported. The teen, identified as a 17-year-old from the West Bank, had fled and tried to hide in a residential building. The incident is being seen as having a nationalistic motive and thus is being investigated as terrorism.

The 19-year-old victim was treated at the scene before being taken to a Tel Aviv hospital for injuries to his upper body. He was likely to be discharged within several hours, the Times of Israel reported.

According to the newspaper account, eyewitnesses said the teen shouted “Allahu akbar” — Arabic for “God is great” — during the incident. Israel’s Channel 2 said the weapon was a screwdriver.