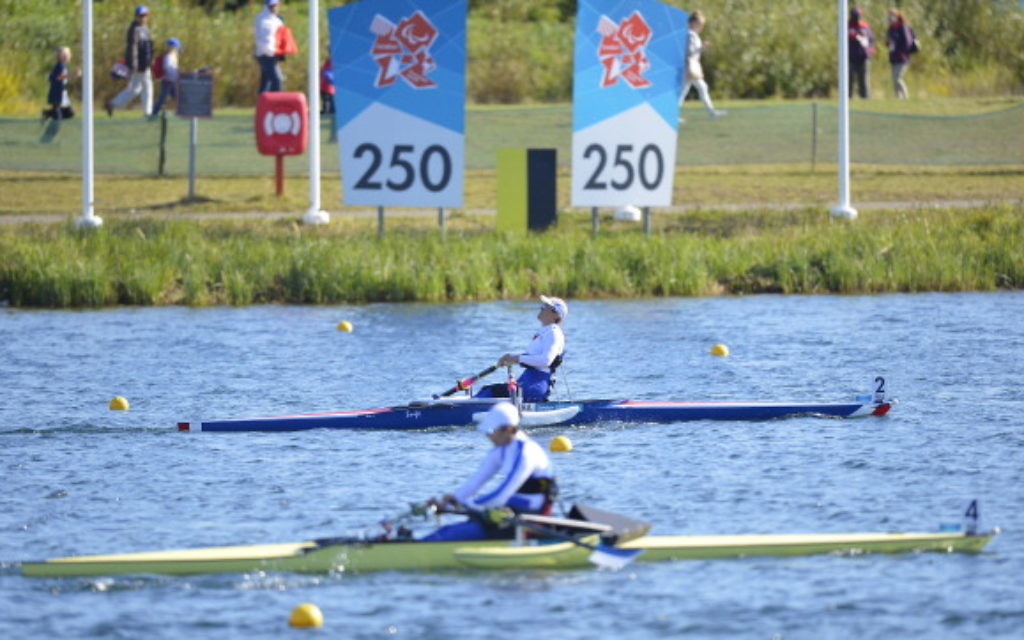 Israeli rower Moran Samuel won a bronze in the 1,000-meter final at the Rio Paralympics.

The medal, awarded Sunday morning, is Israel’s first at the event, which is being held in Brazil’s second largest city through Sept. 18.

“An Olympic medal is very sweet. For everyone at home, I wanted to hear the Israeli national anthem on the podium. I gave it all that I had. I knew that I didn’t finish first and it broke my heart a bit but I’m happy to have captured a medal,” Samuel told Ynet news.

The 34-year-old rower won the gold medal at the 2015 World Rowing Cup in Italy and finished fifth in the 2012 Paralympic Games in London.

“I would like to congratulate the Israeli athletes at the Paralympics. They represent the Israeli spirit at its best. I call on the citizens of Israel to watch the games and see our athletes. Israel television broadcasts any live broadcast of all Israeli athletes participating in these games,” Prime Minister Benjamin Netanyahu said.

“There is also a daily half hour summary, and we are now working to try to bring the games to everyone on the internet. Watch the games, support our athletes. They are simply heroes. Good luck to them,” he said.

Israel has 372 medals from 14 editions of the Paralympic Games. One single athlete, Zipora Rubin-Rosenbaum, won 21 medals between Tokyo 1964 and Seoul 1988, claiming 19 in athletics, one in swimming and one in table tennis.

Judokas Yarden Gerbi and Or Sasson both won bronze medals in judo at the Rio Olympics. The medals — which bring Israel’s all-time total to nine, five of them in judo — were a bright spot among disappointing performances and controversy for Israel in Rio.

Gerbi and Sasson have become instant national heroes. They were celebrated with headlines in the Israeli press and congratulatory phone calls from Prime Minister Benjamin Netanyahu.