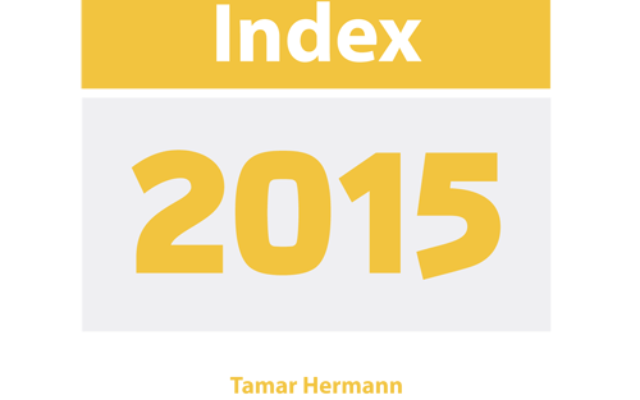 With the current wave of terror in Israel, it is not surprising that the Israeli Democracy Index for 2015 revealed that Israelis ranked the tension between Jewish and Arab Israelis as the greatest tension in the state.

Jewish respondents, when posed with questions regarding security issues and Arab Israeli loyalty to Israel, expressed concern and suspicion. A substantial minority of Jews (42%) believe Israeli Arabs support the elimination of the State of Israel and are a security risk to the state (39%), and even believe that the government should encourage Arabs to emigrate from Israel (37%). Further, the index reported that Jewish respondents are hesitant to engage Arab Israelis in decisions that could affect state policies. For example, most Jews (57%) are opposed to having Arab parties in the coalition government and prefer decisions critical to Israel's peace and security (74%) and economics and government (54%) will be based on the vote of the Jewish majority.

However, these answers should not be taken out of context, as there is reason for hope. When it comes to encounters between Jews and Arabs in everyday life, both sides showed surprisingly tolerant attitudes. A vast majority of Jews (78%) would not mind being treated by an Arab doctor in a hospital or having an Arab teacher instruct their children in school (74%). Most Jews also support having Arabic translations on all public signs in Israel (61%), teaching Arabic to Jewish students in elementary school (63%), and ensuring that Arab citizens are represented in the civil service in accordance with their percentage of the population (55%). It is especially important to note that on these issues, religious and right-wing respondents—who were suspicious of the Arab community when asked other questions—also expressed moderate and accepting views.

Given the attitudes toward the Arab public found among the survey's Jewish respondents, it would be naive to expect Israel's narrow right-wing government to implement policies that will meet the current demands of leaders of the Arab community in Israel for a comprehensive change in the collective status of Israel's Arab-Palestinian minority. But the data presented here certainly indicate that the Israeli government has broad public support—including in the right wing camp—for improving the situation of Arab citizens of Israel in the practical realm.

Ze'ev Jabotinsky, the spiritual father of many ministers in the current government, predicted exactly this even before the State of Israel was founded:

"If we were to have a Jewish majority in Eretz Israel, then first of all, we would create here a situation of total, absolute and complete equal rights, with no exceptions: whether Jew, Arab, Armenian or German, there is no difference before the law—all paths are open before him."

The findings of the Israeli Democracy Index 2015 prove the Israeli public has given the government a mandate to realize this vision and actively promote equal rights for Israel's Arab citizens.

Chanan Cohen is a researcher at the Israel Democracy Institute's Guttman Center for Public Opinion and Policy Research and is on the research team of The Israeli Democracy Index.