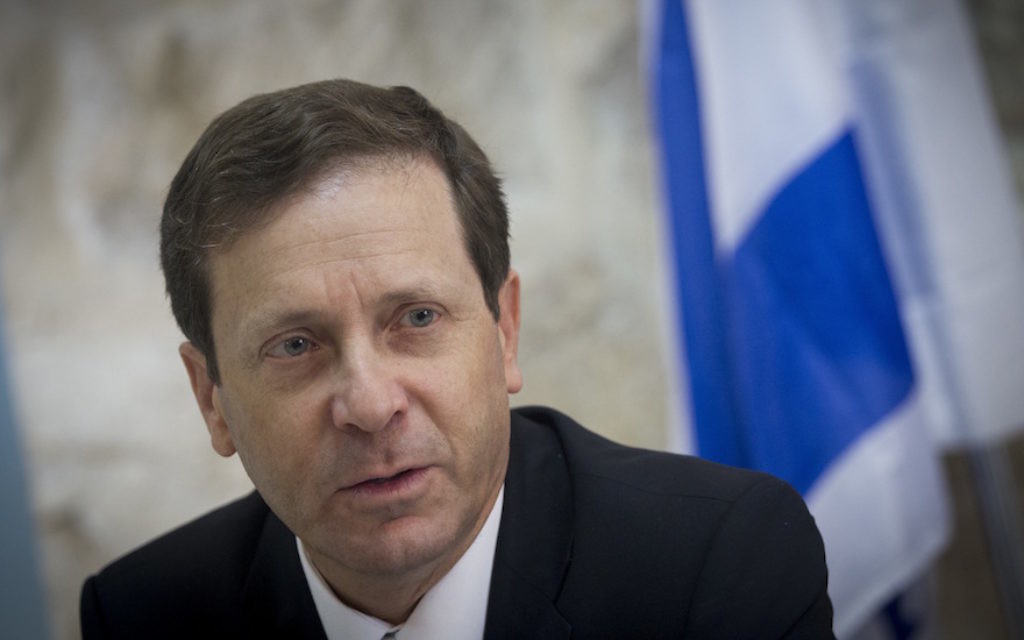 Israeli opposition leader Isaac Herzog told a gathering of North American Jewish leaders that his vision of Israel includes a place where all Jews can pursue and practice Judaism the way they want.

The leader of the Zionist Union party said his vision of Israel includes a state that is Jewish, democratic and seeks peace, and that the state must have all three elements.

He called for Jewish pluralism and Jewish democracy, and an “open and frank partnership” with American Jews based on shared and common values, eliciting applause from the audience.

Herzog said American Jews must partner with Israelis to fight against “zealotry, extremism and hate. We need your voice and you need our voice.”

He referred to the news conference earlier between President Barack Obama and Israeli Prime Minister Benjamin Netanyahu, saying that he hoped the strife between Israel and the United States over the Iran nuclear deal was “behind us,” and added that “we must return to intimate relations between the Oval Office and the Prime Minister’s Office.”

Herzog praised Netanyahu’s recommitting to a two-state solution to the Israeli-Palestinian conflict, adding that he hoped that commitment would be translated both into Hebrew and into action. He added that the opposition would support and help the prime minister to achieve a peace breakthrough.

“When it comes to Israel’s security,” he said, “there is no opposition.”