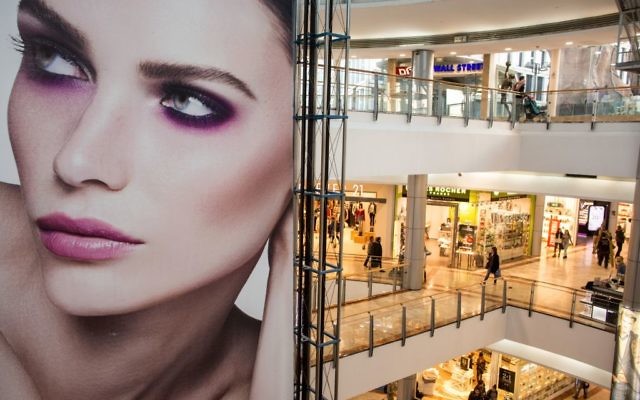 A mall in Tel Aviv that features many US brands. These mega malls are just one sign of the American cultural footprint in Israel. But is the connection deeper than that? Getty Images

Throughout Israel’s existence, its leaders have constantly stressed the state’s importance to Jews everywhere. But after having seven decades to get to know American Jewry — the diaspora’s largest and most influential segment — the nation still hasn’t got very far. And among young Israelis, despite being more connected than ever to the outside world, their knowledge and interest about the issues that animate American Jewry are still low.

“You can seem to be a perfect Zionist here without having to think about world Jewry once in your life,” said Naama Klar, author of a major report on Israeli-American relations.

Yoad Shirazi, a 22-year-old from Jerusalem, lets me interrupt his shopping in a mall in Modiin, a city between Tel Aviv and Jerusalem, to ask him about American Jews. “There are maximum a million,” he said, hazarding a guess about the United States’ Jewish population (he was only off by 4.5 million). What does he know about them? “Not too much, I don’t know too much.”

And as I ask more young Israelis about the Jews of America, there’s a common refrain: America means soft ice cream out of a machine, not hand-scooped; multiple-choice test questions (so you don’t need to think too much); and seemingly endless hot showers (drought-conscious Israelis shut off the water when soaping). 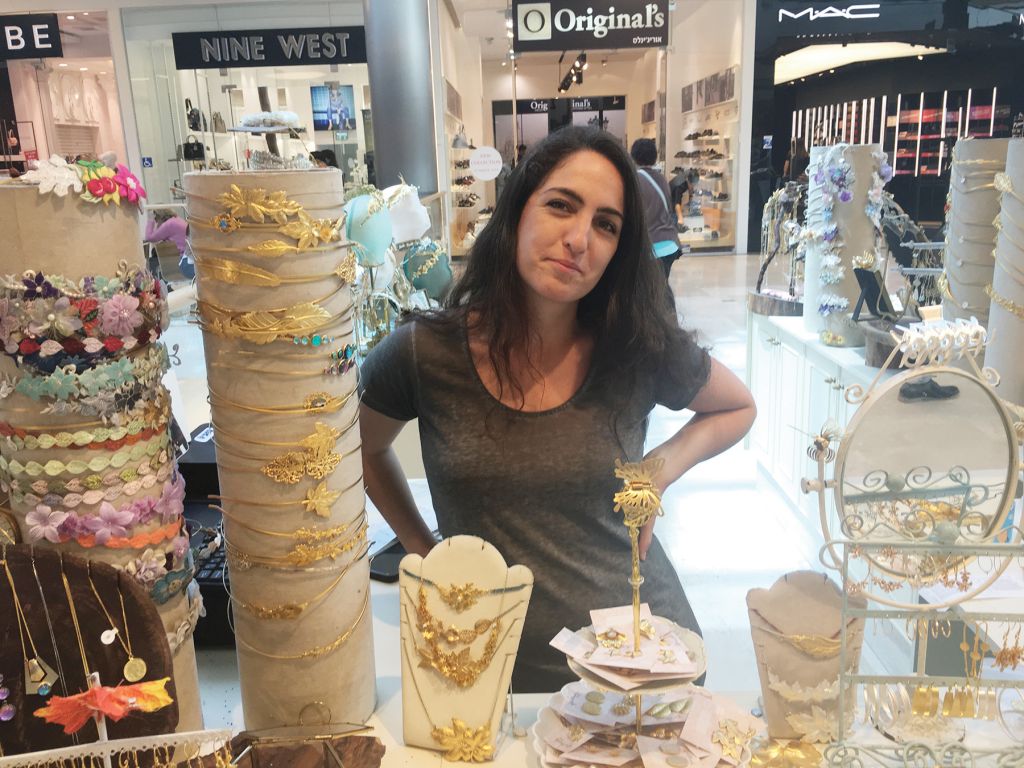 Israelis “always need to listen” to the diaspora, says jeweler Moran Landman. But she also considers its input on Israeli affairs “a risk.” Nathan Jeffay/JW

But when it comes to the subject of American Jews and their attitudes towards their religion and identity, Israelis have very limited knowledge. What’s more, for many young Israelis, formal education about diaspora Jews fits into a single category: history.

“We learned in history about Jews in the diaspora,” Yaniv Gavriel, a 26-year-old cellphone salesman, told me in Jerusalem, estimating American Jewry today at 500,000 people. Natan Ventura tells me in Modiin that he learned about the history of the diaspora “but not in the modern era.” Doron Cohen, a 31-year-old from Haifa, said that in his Zionist schooling, the contemporary diaspora was never featured. “Studying World War II, we learned about Jews in Europe, but we never learned about Jews today in the U.S.” He feels “no connection” with Jews living in America now — around six million people, he estimates — and says they have a “totally different life.”

Even in the hothouse of Israeli Zionist idealism, the youth movements — groups like Hashomer Hatzair, Habonim Dror or Bnei Akiva — emphasis on Jewish peoplehood has been limited.

“The Israeli youth movements never taught about the Jewish People,” said Klar, managing director of the Reut Institute think tank, adding that while there were connections between members and foreign movements, formal programming didn’t include the issue of the Jewish People. This has changed recently, with the Youth Movement Council, a group instituting a new curriculum and new staff for a project meant to bring young Israelis and American Jews into closer contact.

Klar, whose organization has an advisory role in the project, told The Jewish Week: “Now, every youth movement has someone responsible for this field, and they are starting to create content on this subject; for example, what [young people] should know about other Jews living outside of Israel.”

In practical terms, when Israeli youth meet in their movement chapters across the country, in addition to playing games, hooking up and having the usual discussions about Israel and life as Generation Z, from now on they will also be finding out about diaspora Jews.

But the challenge is great, at least for now. As Adam Ferziger, head of Israel’s newest think tank on Israel-diaspora relations, puts it, “Most Israelis just do not ‘get’ the idea of religious identity, as it is in America.”

Nor do they get the idea of the fight over prayer at the Western Wall. I get blank looks from young Israelis when I broach the subject, on Jerusalem Day, of all days, when newspapers and TV are full of coverage of Jerusalem, the city’s past and what its future holds. They say they have no idea what I’m talking about.

For many American Jews, the fight for more egalitarian prayer rights at the Kotel is the hot-button issue when it comes to Jerusalem. Here, many are oblivious to the row, and when people have heard about it, accounts can be garbled. 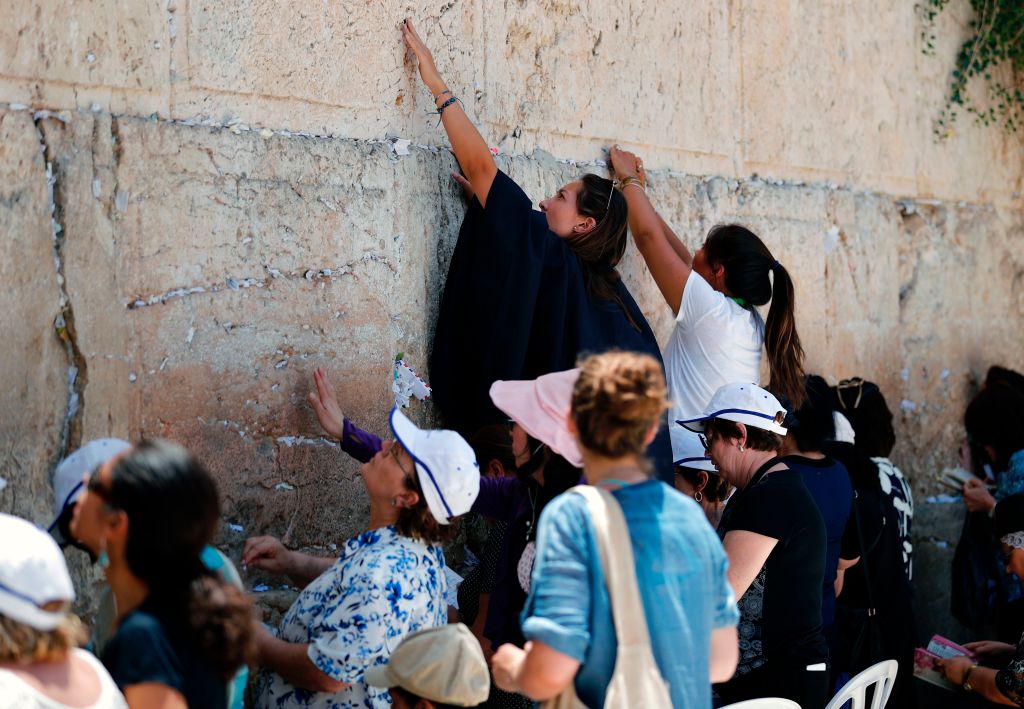 Jewish women pray at the women’s section of the Western Wall in Jerusalem on June 27, 2017. The controversy surrounding a bill to create an egalitarian prayer section at the wall frayed relations between Israeli and American Jews. Getty Images

Gavriel, the Jerusalem cellphone salesman, thinks that American Jews want the whole Kotel to be mixed, not just the limited section that is actually under discussion. The only young Israeli I encounter who can give me an accurate account of the controversy is Doron Cohen. He is secular and lives in the city that takes the strongest stances against ultra-Orthodox power, Haifa, even running public transportation on Shabbat. But after outlining the current charedi-dominated situation at the Kotel and the request for change, he said: “If it’s worked well until now, we don’t need to change it.” Gavriel, also secular, has difficulty with the idea of change at the Kotel, saying that while the Wall is “everyone’s,” mixed prayer seems to be “against the religion at the end of the day.”

Ferziger, who is based at Bar-Ilan University’s new think tank, Research on Judaism in Israel and North America, believes that the pull of non-Orthodox Jewish Americans and the opposition of charedim to change at the Kotel are equally alien to most Israelis; neither side of the debate motivates them, and Kotel prayer rights remains a non-issue to Israelis. “Inasmuch as they don’t get the Americans and why it’s such a big deal to be able to pray one’s own way, they also don’t understand the charedi opposition,” he said.

Part of the dissonance here is more basic than religious ideology. As a symbol, the Kotel is less central to many Israelis, who live every day in this country, than to Americans, who spend less time here and are more likely to make connections to iconic sites.

As I sit around a table with three kipa-clad educators from Jerusalem U, an educational charity, they mention that despite the fact that their office is near the Kotel, they rarely go.

Matthew Lipman, who works with American gap year students visiting Israel, commented: “Something I feel is that Americans still view living in Israel as Disneyland, and they imply: ‘You’re so lucky to live there, you are so lucky to live near the Kotel.’ There’s a sense that we live in Disneyland but we don’t.”

When you explain to young Israelis the depth of U.S. Jews’ connections to the Kotel and why they see prayer practices as such a big deal, even people who are sympathetic are often skeptical that change can happen. “I’m personally in favor but I don’t think this will be allowed by the traditionalists,” said Yarden Damari, a 20-year-old student from Modiin.

To many young Israelis this kind of reality is all part of Israeli democracy. Said Klar: “In the Israeli mindset the Kotel is something here that needs to be managed here, and if it’s something that needs giving up to maintain support of charedim [in the ruling coalition] that’s legitimate.”

Roi Rubinstein, a 25-year-old Orthodox man from the settlement of Elazar, told me: “We’re one people, but what goes on here is our decision.” Gavriel agreed, saying that Israelis should listen to Americans “but they need to live here — at least for a time — to feel what we’re like for us to act on their opinions.” Natan Ventura said that Israelis should listen to American Jews “but limit the extent we accept [their views] because they don’t feel the impact and aren’t involved in life here.” 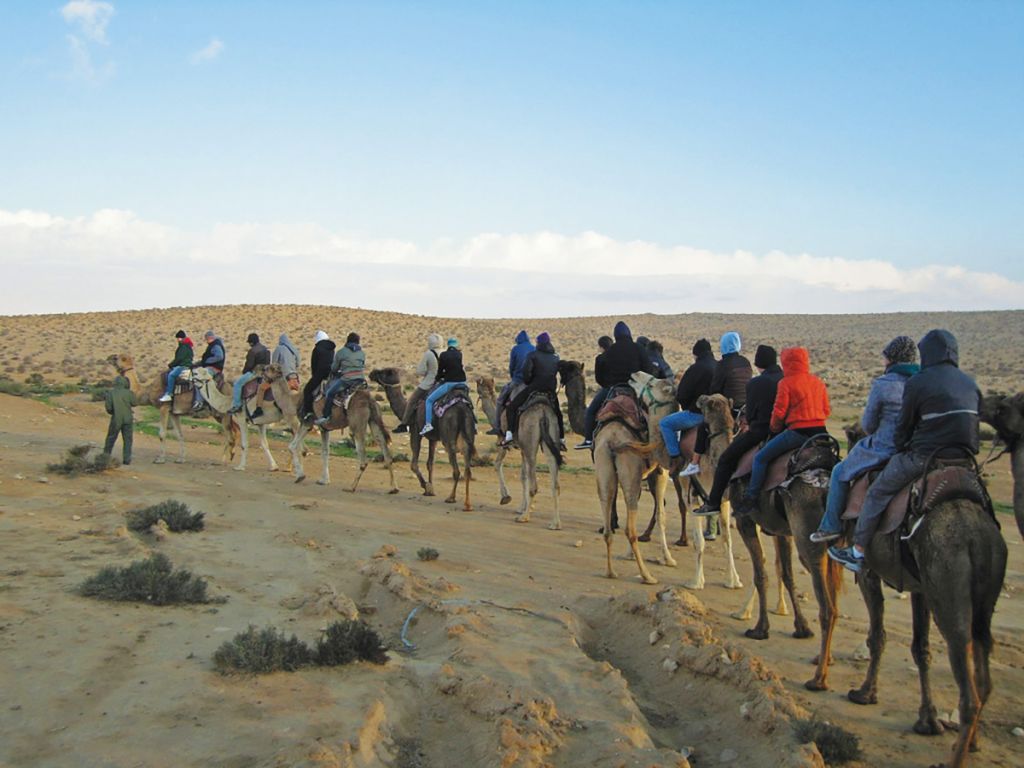 Birthright Israel students on a camel ride in the Negev. For some American young adults, a Birthright trip is their first introduction to Israeli culture. Flickr CC

The general question of how seriously American Jews can be taken when they voice opinions on Israeli affairs is an explosive one. Deputy Foreign Minister Tzipi Hotovely ignited outrage in December by questioning whether “people that never send their children to fight for their country” could understand the “complexity of the Middle East.” But here in Israel, the view is commonplace.

Moran Landman, a 34-year-old jeweler, values U.S. Jewry — 2 million people in her estimate — for its “economic strength” and its ability to state Israel’s case to American politicians. But she also considers its input on Israeli affairs a “risk” because of the “influence on democracy you can have when you don’t live here.”

Landman thinks that Israel “always needs to listen” to the diaspora, but also feels that it can be “problematic” when you have a “foreign actor” influencing decisions made here.

But perhaps a growing common ground between Israelis and American Jews is taking shape. Young Israelis are more likely than ever to find themselves interacting with young Americans through school twinning via the Jewish Agency’s massive Partnership2Gether operation, and a new forum is connecting university students.

Given the reach of social media and the emergence of these partnership projects, will a younger generation of Israelis follow their counterparts’ lives more fully and end up more familiar with their issues?

Netta Asner is a 22-year-old Israeli who last year started Siach, a dialogue forum for students from America and Israel to better understand each other. She says she is slowly seeing changes. “Young Israelis are more and more aware of what [kind of] Judaism Americans are practicing,” she said. “It’s globalization and Facebook posts from connections they are making.”

There are no walls in cyberspace.

Nathan Jeffay writes the Letter From Israel column for the The Jewish Week.