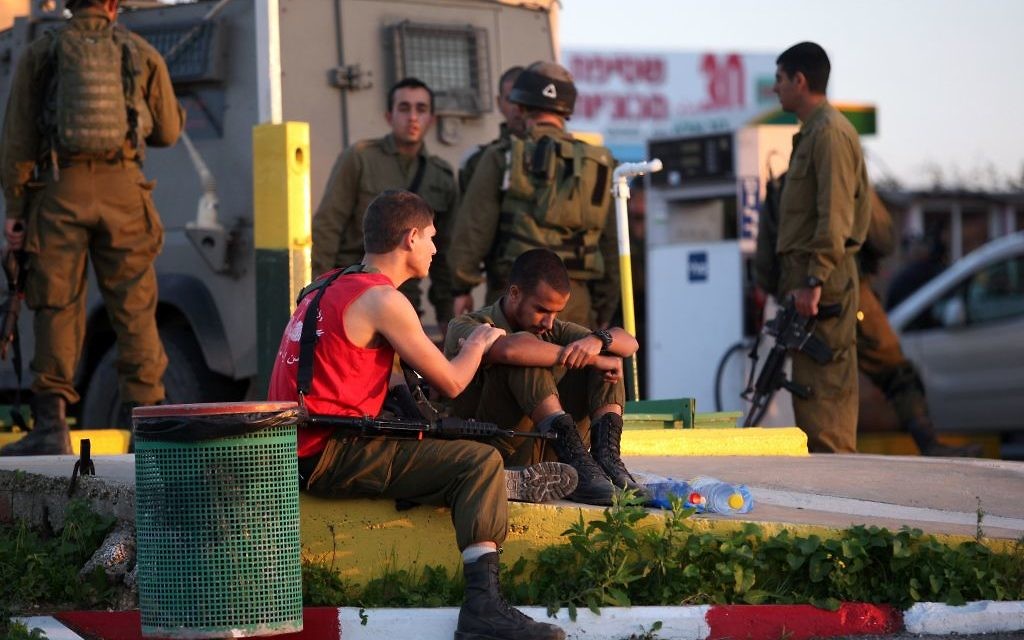 Jerusalem — An 18-year-old Israeli man was killed in a West Bank stabbing attack in the third of three attacks of alleged Palestinian violence on Monday.

Three alleged assailants were killed in the attacks.

The fatal attack on the teen took place at a gas station on Route 443, a main thoroughfare near the Israeli city of Modiin. Two others were hurt in the afternoon attack. An Israeli woman in her 20s was lightly injured in the stabbing, and another was caught in friendly fire by Israeli security forces.Israeli security forces shot and killed the assailant, a Palestinian man, the Israel Defense Forces spokesman said.

Magen David Adom efforts to save the man were not successful; he was declared dead at the scene. He is the 22nd person to be killed in Israel in a spate of Palestinian attacks since Oct. 1.

In the afternoon, a Palestinian assailant attempted to stab an Israeli soldier near Nablus in the West Bank, the IDF said. The alleged assailant was shot and killed.

In the morning, at the Mahane Yehuda market in Jerusalem, two Palestinian teenage girls used scissors to stab an elderly Palestinian man, thinking he was Jewish, and a 27-year-old guard was injured assisting him, the IDF said. One of the assailants was killed and the other was seriously wounded by Israeli security forces.