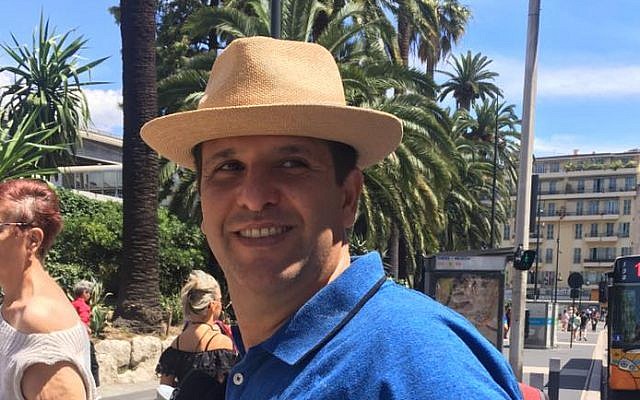 Avraham Matsliah, 49, from Ma'ale Adumim, was killed in the crash of an Ethiopian Airlines flight near Addis Ababa on March 10, 2019. (Facebook/via Times of Israel)

One of the two Israelis killed in the Ethiopian Airlines crash near Addis Ababa on Sunday was identified Monday evening as Avraham Matsliah, a father of two from the West Bank settlement of Ma’ale Adumim.

Matsliah, 49, left behind a wife and two twin daughters, who are both currently serving in the Israeli military.

Matsliah was a high-tech employee who often traveled to Africa for business, according to his sister Meirav Avlis.

Re’em, a resident of Zichron Yaakov, worked for a private security firm and had been on his way to Nairobi for a work meeting.

All 157 passengers and crew members of a Boeing 737 MAX airplane operated by Ethiopian Airlines were killed shortly after the Nairobi-bound flight took off from Addis Ababa.

At least 35 nationalities were among the dead. The second Israeli who was killed is yet to be publicly identified.

Authorities are still working to sort through the wreckage and identify victims. The Israeli emergency response group ZAKA sent a delegation late Sunday night “to locate and identify the Israeli victims, to collect their remains in keeping with Jewish law, and ensure a full Jewish burial,” the group said.

“This is a tragedy that is hard to swallow. He was loved by everyone and always cared for us. We all simply loved him,” Matsliah daughter Yael, 19, was quoted as saying by the Ynet news site.

Avlis was quoted by the Walla news site saying that he “was a special person, a wonderful father and a funny man. We’re in shock, we can’t believe it.”

“He was really connected to the place, the people,” she said of his love for the African continent.

Israel’s Ambassador to South Sudan Hanan Godar said he was a passenger last week on board the same jetliner that crashed, saying the plane had experienced engine trouble.

Ethiopian Airlines grounded all six of its Boeing 737 MAX 8 aircraft, the model involved in the disaster.