Israelis are known for their think-outside-the-box, color-outside-the-lines, DIY way of doing things, especially when it comes to entrepreneurial ventures. Wilson Live, the recording studio/performance space/rehearsal room that the noted jazz bassist Omer Avital re-launched earlier this month — along with his new independent label, Zamzama Records — is a flamboyantly vivid example.

Located at 637 Wilson Ave., in a somewhat edgy part of Bushwick, Brooklyn, the small venue shares the sidewalk-accessible basement level of a low-rent, mixed residential and commercial building with a CBD (Cannabidiol, a legal cannabis compound) dispensary. Wilson uses the first-floor studio apartment for its office/kitchen/VIP bathroom and a converted living room as an adjacent artist salon. The backyard serves as a smoking area — but then again, so does every other space on the property. The building is co-owned by Avital and business partner Yoav Adereth, who are also partners in Blackbird Development LLC, a successful real estate development business. “Statistically, Israelis in New York are either into jazz or into real estate,” Avital told The Jewish Week in a recent phone interview. “To survive, I ended up in both.” 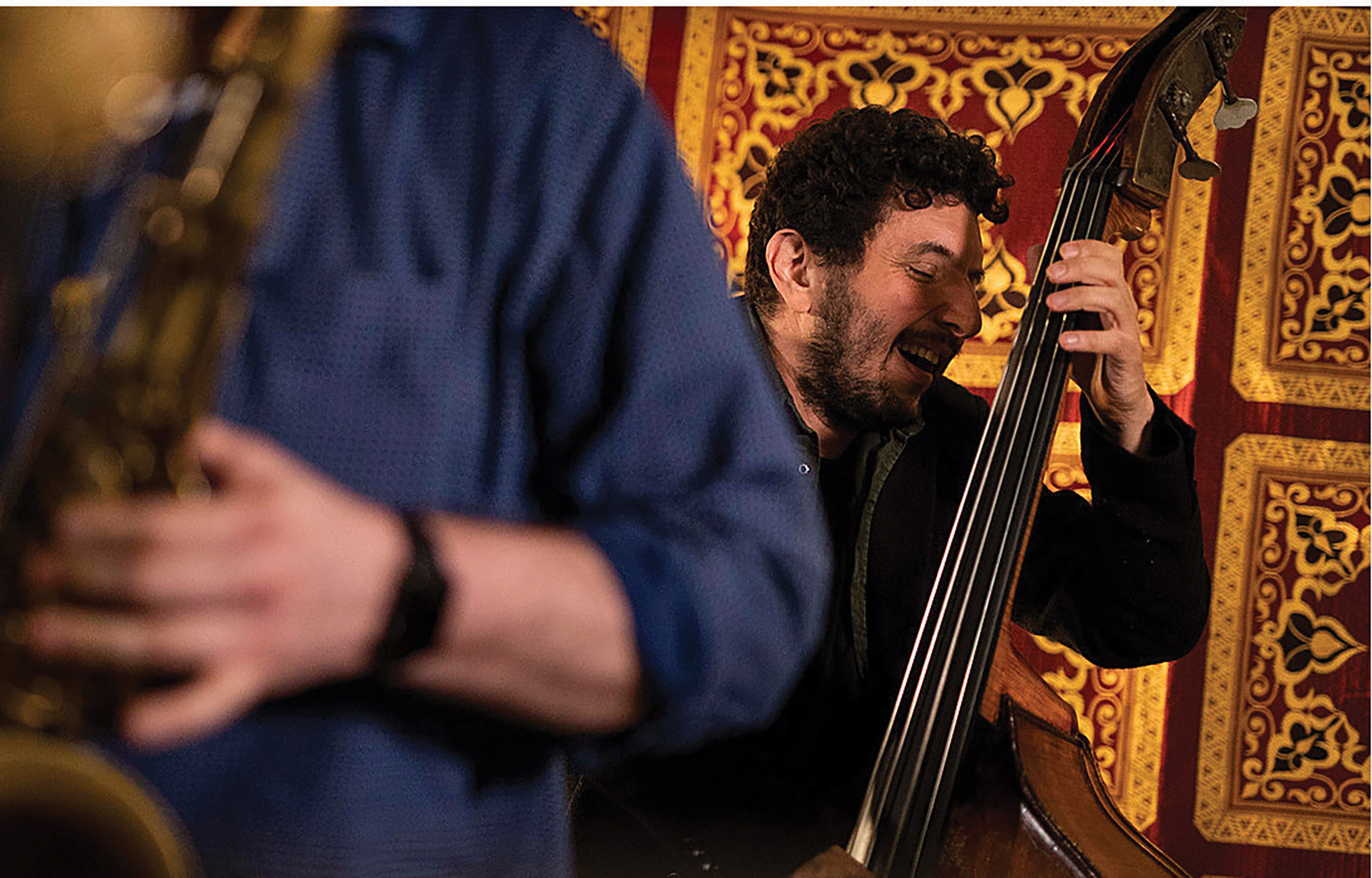 Avital, 47, is among the most acclaimed jazz musicians to migrate from Israel to New York. His music — “a deep organic fusion of Middle Eastern and North African music with cutting-edge jazz … [with] incantatory melodies and throbbing rhythmic patterns that are foreign until you feel their universal human celebration,” as JazzTimes Magazine put it — is largely credited for helping to create the now-widespread genre of Israeli/Middle Eastern ethno-jazz fusion. But recognition here and abroad and numerous awards still can’t guarantee a jazz musician that he’ll be able to make rent, said Avital.

“I’ve been a musician all my life,” he said. “All I ever wanted was to play jazz and try not to die,” he recounted. “Having a kid kind of forced me to think longer term.”

In 2013, Avital met an Israeli artist couple that had bought a run-down building in Bed-Stuy and sold it for a considerable profit once the neighborhood gentrified. It was a eureka moment. “Everything in my life happens in one moment. I started researching, didn’t sleep for a week, and realized I could actually pull this off,” he said of a recording/performance space. “All I needed was money.” 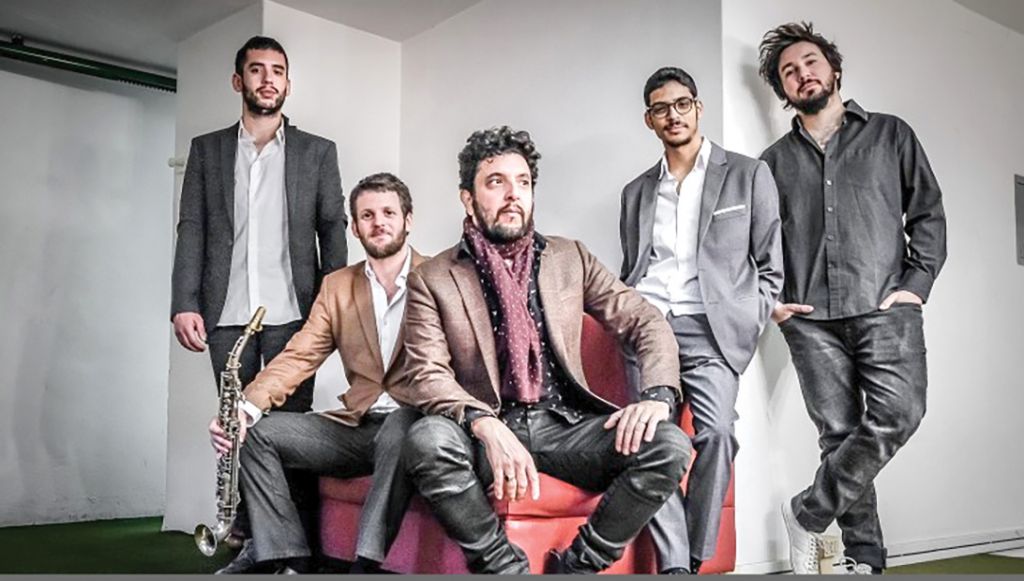 Most prospective investors Avital approached pointed to the obvious flaws in his plan — what does a jazz musician from Israel know about New York real estate development? But Avital’s brother-in-law, Robby Elia, and Adereth, a real estate developer/construction expert, bought into his project.

“We have this chemistry, we get each other,” Adereth told The Jewish Week in a phone interview. “When [Avital] came to me with this idea, I was like, ‘Yalla [all right], why not.’” The six-family building on Wilson Avenue is the partners’ fourth development; the jazz club in the basement, which Adereth also helps run, is more of a pet project. “I don’t know any more about jazz than Omer did about real estate, but why not?” he mused. “Real estate is just buildings, but to own a jazz club in New York — now that’s a cool legacy.”

Despite its makeshift nature, Wilson Live, which opened its doors in April, has already hosted a lineup of top-notch Israeli and American jazz players, including founders Avital and Anat Cohen (the saxophonist-clarinetist was the first Israeli to lead a group at the hallowed Village Vanguard), propulsive drummer Itay Morchi,  A-list pianist Aaron Goldberg,  Ali Jackson (of Wynton Marsalis’ band), innovative guitarist Gilad Hekselman and more. Nov. 1, the night of Zamzama Records’ launching, featured concerts by saxophonist Asaf Yuria’s quintet and Avital’s 2016 quintet, Qantar. For hours before and after the show, the space was jam-packed with young Israeli musicians hanging out, loudly talking shop in Hebrew, smoking and casually resting their feet on tables.

This is a place where jazz really lives, a return to what a jazz venue is supposed to be.

“This is a place where jazz really lives, a return to what a jazz venue is supposed to be,” Yuria told The Jewish Week. But he wasn’t equating Wilson Live to New York’s jazz clubs of old: “Oh, no,” he chuckled, “a spot like this never existed before.” (Some jazz aficionados might put the early days at Smalls in Greenwich Village in the category of jazz club-crash pad and view it as a precursor to Wilson Live.)

Over the past decade, many have tried to puzzle out what made Israeli-born, New York-based musicians into such a force on today’s jazz scene. Avital figures in many of the origin stories. Emigrating from Israel to New York in the early ’90s, the broad-toned bassist was among the first to fold his Middle Eastern heritage into straight-ahead jazz idiom. Trombonist Avi Lebovich, siblings Anat and trumpeter Avishai Cohen, bassist Avishai Cohen (unrelated), oudist Amos Hoffman — all of whom are noted for their Middle Eastern-jazz fusion — arrived in New York separately and came together as a group while playing at the then-obscure Smalls. Avital said that the vibe in Wilson reminds him very much of those early days at Smalls, though in Wilson “I feel I’m more like the daddy.”

“I remember myself at that age, looking for something or someplace to hook into. Now I have all these youngsters around me, looking to do what we did. … [Through Wilson] I can bring them together so they can influence each other and make new things. It’s a lot like Smalls, only this time I control the process.”

Avital may co-own the building, but the club still has to generate its own rent. While its actual business model is still in flux, he imagines it functioning less as a performance venue and more as a rehearsal space/recording studio/media shop, where musicians get unlimited use in return for a monthly subscription fee. “It used to be that you needed a professional recording company to do this, but with today’s technology, pretty much anybody can record,” Avital explained. “The idea is to record what you want, when you want and make the whole production experience more fluid, more natural.” 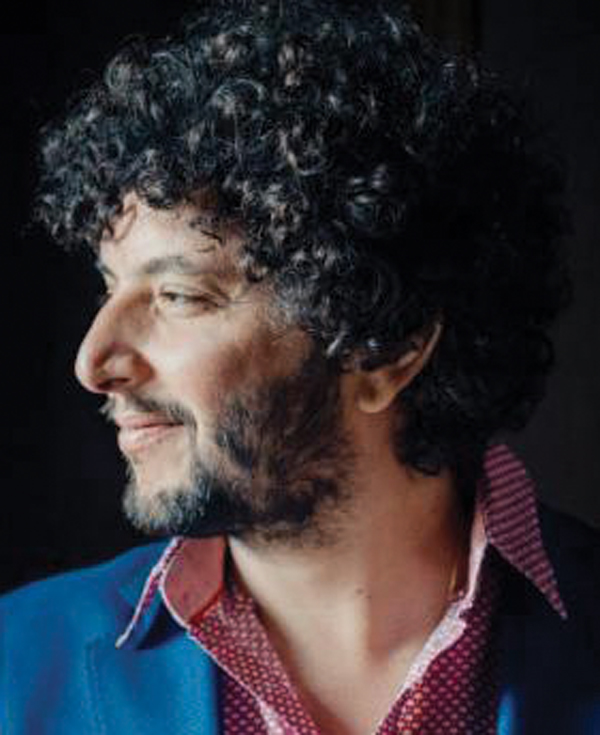 Omer Avital: “Statistically, Israelis in New York are either into jazz or into real estate. To survive, I ended up in both.”

Zamzama Records, the record label of which Wilson is part and parcel, was formed with the goal of letting “both emerging and veteran artists break away from the traditional recording patterns,” and giving the artists “full control of the whole recording process, starting at the creative level and going all the way through distribution,” according to its press release. The mission statement immediately brings to mind Anzic, the independent label formed in 2005 by Anat Cohen, which has since become a key production hub for Israeli jazz artists in particular. Avital feels the two labels operate on different tracks — being tied to a physical venue, Zamzama is more socially centered — but agrees that a certain entrepreneurial spirit drives them both. “We [Israelis], we have no limits — I’m starting to understand that this is something that’s unique to our culture. We have this capacity to pull people together, to make stuff happen — I think it’s because if you’re Israeli, you either do or you’re dead in the water.”

Most of the other tenants in Avital’s building are students who are also struggling to make rent. Sometimes they don’t, an issue that Avital approaches philosophically. “I probably owe thousands of dollars in rent from when I was their age,” he reflected. “It’s not that I didn’t want to pay, I just didn’t have the money. I needed food, I needed weed, and sometimes there wasn’t enough [money] left over. Don’t write that,” he warned, then thought it over. “Unless you think it will work in my favor.”