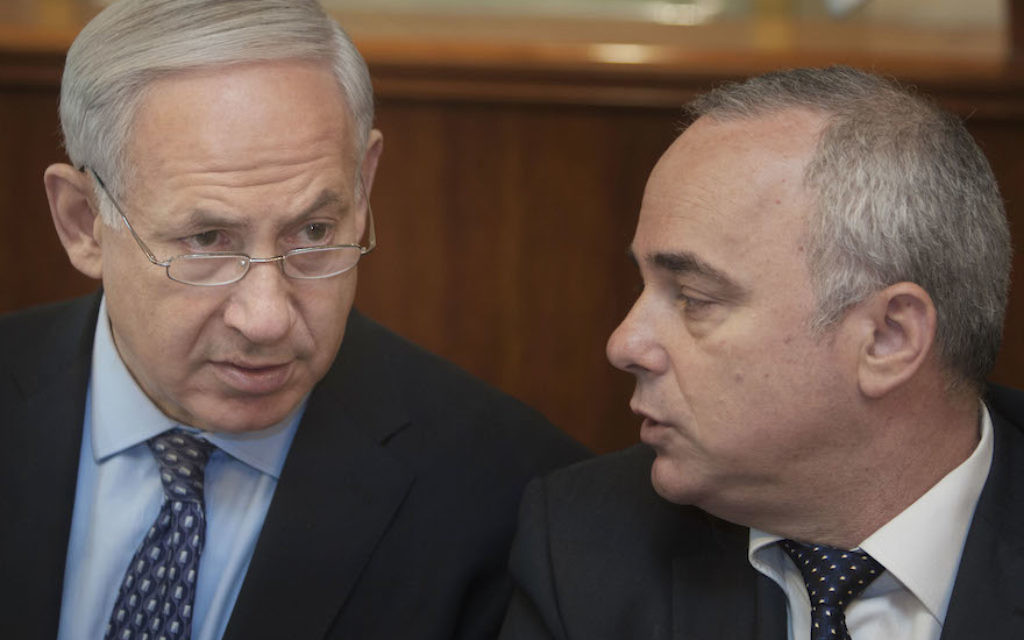 “The level and intensity of the incitement and the level of anti-Semitism is the same level as Hitler,” Steinitz said Sunday while speaking with reporters in Washington, where he was addressing the annual conference of the Israeli American Council.

“I see Abu Mazen as principally responsible for the wave of terrorism,” Steinitz said, using Abbas’ by-name and referring to the recent spate of Palestinian stabbing attacks on Israelis.

Steinitz said Abbas’ Palestinian Authority peddles propaganda to children that champions Israel’s removal and dehumanizes Jews. He said also that Abbas’ accusations that Israel plans to alter the Temple Mount, the Jerusalem site holy to Muslims and Jews, are lies and have spurred the recent deadly violence.

“Abu Mazen is not a partner for peace as long as he does not stop, completely, the incitement toward destroying Israel,” he said.

Abbas has accused Israel of wanting to usurp Muslim claims to the Temple Mount, also known as Haram al-Sharif, and has said Israelis wrongfully killed Palestinian assailants, including a boy who turned out to be alive and cared for in an Israeli hospital. He has also condemned last week’s arson attack on a Jewish holy site in the West Bank city of Nablus.

Steinitz said he was speaking out because it was his “responsibility” to do so as a member both of the Israeli Cabinet and the smaller Security Cabinet, but made clear his views were his own and not those of the government.

Other Israeli officials, including Israeli Prime Minister Benjamin Netanyahu, have also said that Abbas has peddled incitement against Israel, but at the same time have maintained security cooperation with Abbas’ security forces.

Yitzhak Herzog, the leader of the opposition Zionist Union party, said at the same conference that government attacks on Abbas, whom he described as a flawed but viable peace partner, were bluster, and that little scared Netanyahu’s government more than the prospect of Abbas’ removal.

“Let’s not be hypocritical,” Herzog told the plenum, saying that Abbas’ absence would lead to more chaos.

Steinitz will also meet with his U.S. counterpart, Energy Secretary Ernest Moniz, while he is in Washington to advance the U.S.-Israel dialogue on energy.

Steinitz noted that this is the first time that the dialogue has taken place on a ministerial level, and attributed the elevation of the talks to an effort by both the U.S. and Israeli governments to improve ties after a year of tensions arising from the Iran nuclear deal. He said a central focus would be Israel’s experience in defending its facilities from cyber attack.