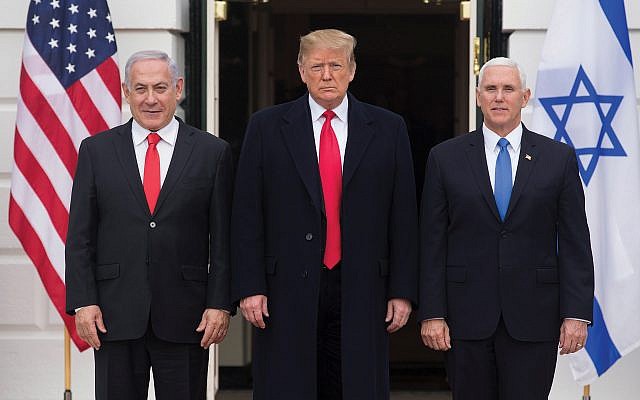 Three recent surveys of American, Israeli and French Jews commissioned by the American Jewish Committee revealed that there is more that unites the diaspora and Israeli Jewish communities than divides them.

Most Jews feel an affinity for each other and for the State of Israel and support a strong Jewish diaspora.

However, President Donald Trump and his Israel policies remain as contentious as ever, with Israelis feeling much warmer toward him than American Jews.

Jewish values – and the value of being Jewish

A plurality of all Jews surveyed responded that Judaism is mostly a “matter of ethnicity and culture” rather than “mostly religion.” Fifty-nine percent of American Jews, 51 percent of Israeli Jews and 43 percent of French Jews concurred, with approximately one-quarter of each group responding that Judaism is instead “more a matter of religion.”

The importance of Israel

But on whether or not Israel is personally meaningful, the vast majority of American and Israeli Jews surveyed “think that a thriving State of Israel is vital for the long-term future of the Jewish people,” with 72 and 91 percent concurring.

It is unclear how those Israelis who do support a two-state approach would like that to happen in practice, given that 50 percent of Israel Jews surveyed say that Israel should not be willing to dismantle any Jewish settlements in the West Bank.

When it comes to diaspora Jews acting on their opinions about Israel, the majority of Israeli Jews (63.4 percent) believe it is “not appropriate for American Jews to attempt to influence Israeli policy on such issues as national security and peace negotiations with the Palestinians,” while 57 percent of American Jews feel it is appropriate for them to do so.

Asked to think about their relationship to other Jewish communities in terms of a family bond, 31 percent of Israeli Jews consider American Jews siblings and 47 percent consider them either first cousins or extended family.

Those sentiments aren’t returned quite as warmly across the pond, with only 13 percent of American Jews feeling the sibling bond, 58 percent considering Israeli Jews extended family or first cousins, and 28 percent not considering them part of their family at all. Thirty-one percent of French Jews, for their part, consider Israeli Jews siblings, and just 16 percent say they’re not part of the family at all.

It’s also worth noting that distance may not make the heart grow fonder: Over half of Israeli and American Jews (52 and 59 percent) have never visited their respective countries, while only 35 percent of French Jews have not visited Israel.

The state of the Diaspora

The majority of all Jews surveyed, including 74 percent of Israeli Jews, believe that “a thriving Diaspora is vital for the long-term future of the Jewish people.”

Whether or not that diaspora feels it is actually thriving is less clear. Most American Jews (65 percent) and French Jews (50 percent) feel that the status of Jews is less secure in their country than it was a year ago. Fifty-seven percent of American Jews also report feeling that “the climate on campus” is “more hostile” toward pro-Israel students.

How Jews feel about U.S. politics and Trump

Forty-nine percent of American Jews consider themselves Democrats, while 18 percent say they are Republicans. Twenty-six percent of Jews have a favorable opinion of the job President Trump is doing and 71 percent disapprove, the same figures as those found in AJC’s 2018 survey.

Though the sample sizes for the following subgroups are small, it is worth noting that the vast majority of Republican Jews (91 percent) and American charedi Jews (88 percent) approve of the job Trump is doing, while 50 percent of Modern Orthodox Jews, 69 percent of Conservative Jews, 82 percent of Reform Jews, 89 percent of Reconstructionist Jews and 90 percent of secular Jews, in contrast, disapprove.