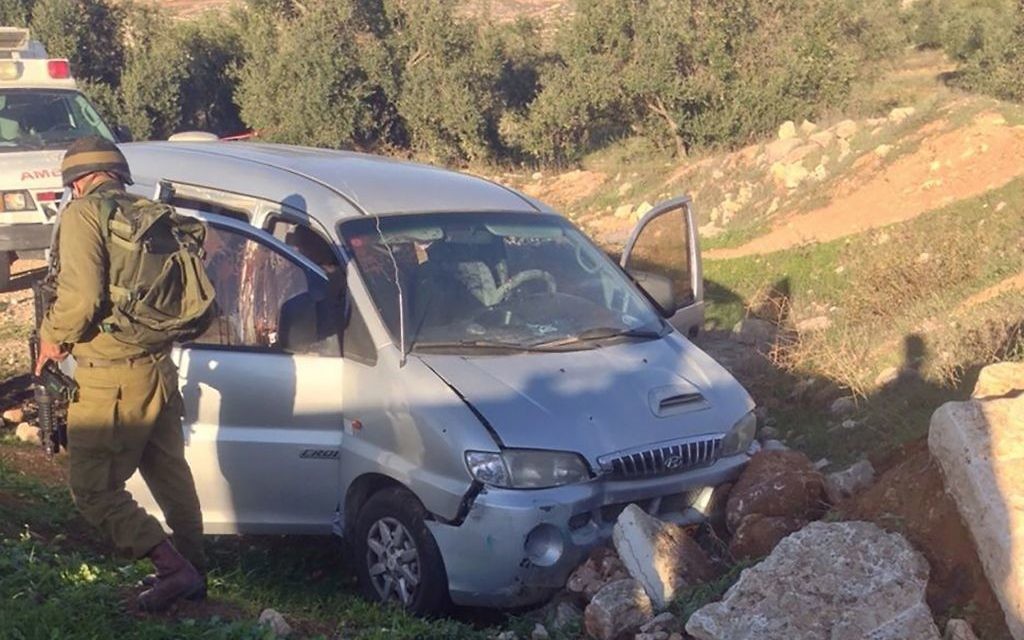 Two Israelis, a father and his son, were killed near a West Bank settlement in a shooting attack.

The incident occurred Friday afternoon near Otniel, which is located 10 miles southwest of Hebron, as unidentified individuals opened fire on a grey Hyundai minivan with seven passengers from the same family and another vehicle, Haaretz reported.

The father was in his 40s. His son who died in the attack was 18. A third person, a 16-year-old male, was lightly injured from a bullet that entered his leg. Another passenger, a woman, was lightly injured. The shooters fled the scene. The family was headed to a nearby settlement to celebrate the wedding of a relative.

The Israeli news site rotter.net identified the fatalities as Ya’akov Litman and his son, Netanel.

Israel Defense Forces troops surrounded the nearby Palestinian town of Yatta and are searching for suspects.

Israeli Prime Minister Benjamin Netanyahu wrote on Twitter following the attack: “We will reach the lowly murderers and reckon with them as we have done in the past. Israel will continue to fight terrorism wherever necessary.”

Separately, Israeli troops on Friday shot dead a Palestinian man during clashes in the town of Halhul north of Hebron. Hassan Jihad al-Baw, 23, died after being shot in the heart, doctors at Hebron’s al-Ahli Hospital told the Ma’an news agency. Several dozen were injured in the clashes. Another Palestinian who was shot Thursday in riots near Hebron died of his wounds Friday. Issa al-Shalaldah, 22, sustained injuries to internal organs, Ma’an reported.

On Thursday, the Israel Security Agency, or Shin Bet, published a report of terrorist attacks in October, which counted 620 incidents that ended with the death of 10 Israelis and one foreign national living in Israel, and the injuring of over 80 people. Of those, 36 Israelis – half of them civilians and the rest security forces personnel – sustained moderate or severe injuries.

Four of the Israeli fatalities were murdered in shooting attacks outside Jerusalem. Another five died in stabbing and shooting attacks in the Israeli capital, and one was run over. More than 50 Palestinians were killed in October, many of them while attempting to perpetrate terrorist attacks. Other were shot by security forces near the border between Israel and Gaza during riots, in which protesters entered the no-go zone around the fence.

Terrorist attacks by Jewish Israelis against Arabs were also documented in the report, which listed the torching of two Palestinian-owned vehicles and two stabbing attacks.

Of the attacks against Israelis documented, 11 happened near Gaza in October (compared to four the previous month), 485 occurred in the West Bank (151 in September) and 117 in Jerusalem (68 in September.) Seven attacks occurred inside Israel’s pre-1967 borders in October, whereas none were documented in September.