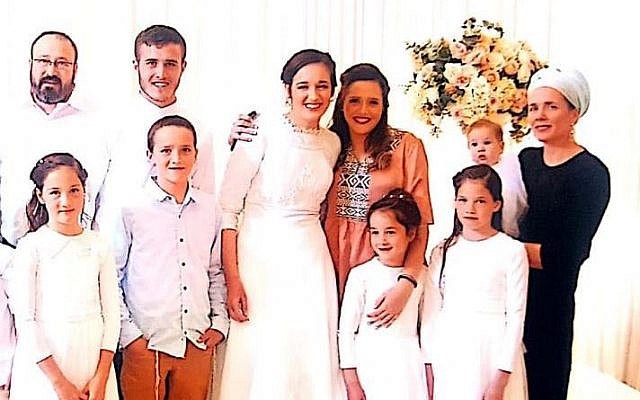 JERUSALEM (JTA) — An Israeli father of 12 shot during a terror attack in the West Bank died Monday morning of his wounds.

Rabbi Achiad Ettinger of Eli is the second person who was killed in the Sunday morning attack at the Ariel and Gitai junctions.

Ettinger, who managed to fire four bullets at the attacker from his car after being shot in the head and neck, was the founder of the Oz V’emuna hesder yeshiva in South Tel Aviv.

Ettinger’s family asked that his organs be donated.

“Rabbi Ettinger’s life’s work will continue and be amongst us even after his passing, and the strength he gave his pupils and the community he led will continue to strengthen us through the enormous grief and sorrow,” President Reuven Rivlin, who visited the family at the hospital on Sunday, said in a statement.

A soldier hit by the shooter at the Gitai Junction remains in serious condition.

Gal Keidan, 19, the soldier who was stabbed by the attacker, was buried Monday morning at the Beersheba military cemetery. He was promoted posthumously to the rank of sergeant.

The suspected attacker has been identified as Omar Abu Laila, 19, of the Az-Zawiya village. He reportedly does not belong to a terror organization nor have a history of security violations. He remains on the lam, though Israeli security officials reportedly arrested his father and 16-year-old brother.

On Sunday morning, Abu Laila allegedly stabbed Keidan and stole his gun, shooting at passing cars at the Ariel Junction where he hit Ettinger, before getting in a car abandoned by a frightened driver and heading to the next junction, where he shot at soldiers waiting at a bus stop.