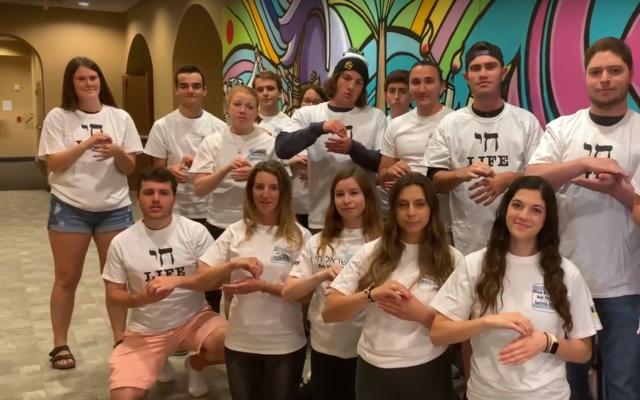 Making the video at University of central Florida. Courtesy of The Jewish Agency For Israel

Jerusalem, May 16, 2019 — The Jewish Agency for Israel’s Shlichim (Israeli emissaries) to Jewish communities and college campuses made Israel’s entry in this year’s Eurovision Song Contest accessible to the deaf and hearing-impaired population by producing a music video for singer Kobi Marimi’s “Home” in American Sign Language (ASL).

In the weeks leading up to Eurovision, which is taking place from May 14-18 in Tel Aviv, The Jewish Agency’s Shlichim (emissaries), organized members of their local communities, and embarked on the “See the Sounds” initiative in order to help people with auditory disabilities experience Marimi’s song along with other Eurovision fans. The project was facilitated by The Jewish Agency’s Shlichut Institute, which provides Shlichim with ongoing training, content and support before, during, and after their service. The video was inspired by the Sign Now initiative of the Edmond de Rothschild Foundation, which is making Eurovision 2019 songs accessible in innovative ways.

The resulting music video shows Shlichim, Jewish community members and those with hearing impairment singing together in sign language. The project aims to strengthen the relationship between Israel and the Jewish world by giving members of the participating communities a creative platform to express their connections to Israel, while raising greater awareness about Israeli music.

“Emissaries of The Jewish Agency are working tirelessly on a daily basis to connect every part of the Jewish people and Israel,” said Isaac Herzog, Chairman of the Executive at The Jewish Agency. “Through the See the Sounds innovative project, we made a unique moment in Israeli culture accessible to the deaf and hard of hearing across the world.” 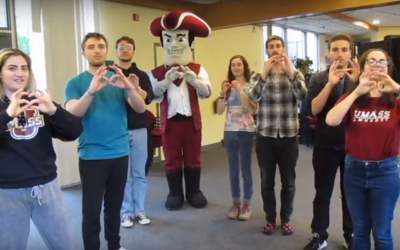 Making the video at University of Massachusetts. Courtesy of The Jewish Agency for Israel