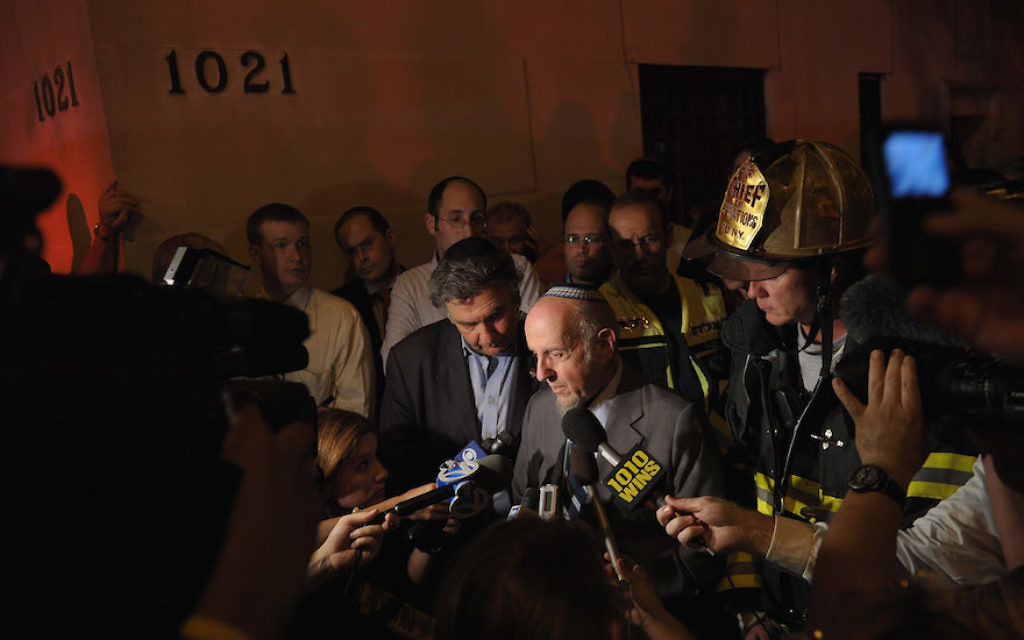 The Israeli Chief Rabbinate has deemed invalid a conversion performed by Haskel Lookstein, one of America’s most prominent modern Orthodox rabbis.

Lookstein is the former rabbi of Kehilath Jeshurun, a tony modern Orthodox synagogue on Manhattan’s Upper East Side that counts Ivanka Trump and her husband Jared Kushner as members. Trump, daughter of Republican presidential nominee Donald Trump, converted under Lookstein’s auspices in 2009.

Lookstein also previously served as the head of school at the Ramaz School, an elite Manhattan modern Orthodox preparatory school.

But Lookstein’s renown did not stop a rabbinical court in the Tel Aviv suburb of Petach Tikva from rejecting his authority. In April, a woman who converted under Lookstein’s auspices last year applied for marriage registration with the Petach Tikva rabbinical court, only to have her conversion declared invalid. The court is run by Israel’s Chief Rabbinate, which recognizes only Orthodox conversions.

The court did not recognize Lookstein’s authority because he was not on its list of approved rabbis, according to Rabbi Seth Farber, founder of Itim, an organization that helps Israelis navigate Israeli religious bureaucracy.

The move sparked widespread outrage that Weiss, a longtime synagogue leader in New York who had vouched for the Jewishness of many Israeli immigrants in the past, was suddenly having his reliability called into question. Tubul later reversed the decision, accepting Weiss’ imprimatur.

In Lookstein’s case, according to Itim, Tubul sent a letter to the Petach Tikva court urging it to accept the conversion. Upon reviewing the case, however, the court upheld its earlier decision. Itim is now helping the woman appeal the request ot the Chief Rabbinical Court.

Last year, Itim petitioned a Jerusalem municipal court to have the Rabbinate be more transparent about the process by which it accepts rabbis’ authority on conversions. As a result of the petition, the rabbinate released a list of approved rabbis in April. The list, which the Chief Rabbinate said is neither exhaustive nor binding, includes two Americans who have been mired in scandal and omits Weiss, as well as Lookstein.

On Thursday, Israeli Education Minister Naftali Bennett called the court’s decision “arbitrary and odd,” and said it should be reversed.

“Rabbi Lookstein is one of the leading, and most appreciated, Orthodox rabbis in the U.S., Bennett said in a statement. “Not only does no one question his commitment to tradition and Halakha, but Israel’s Chief Rabbinate approved – in writing –the conversion certificates he issued.