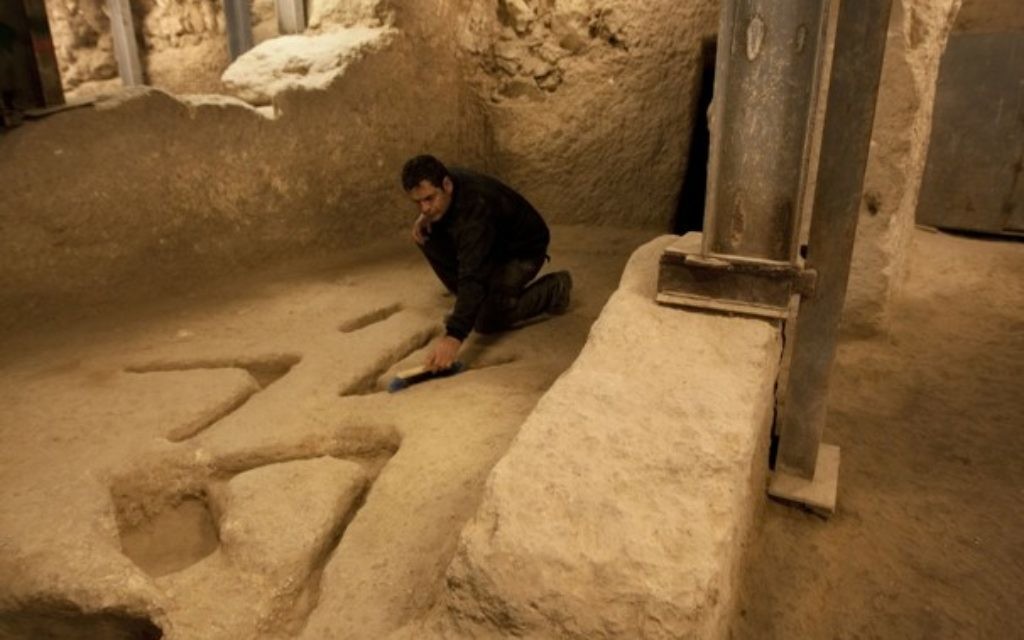 With a planned IPO in 2012 the list of things that people are using Facebook for is only expanding. In Israel, archaeologists are using a Facebook Page to help them solve a 3,000-year-old mystery. The story was originally reported in The Washington Post​ and Mark Weiss explains how Facebook is coming in handy for these archaeologists. He reports from Jerusalem for ​The Irish Times:

Baffled by a rare discovery at a Jerusalem dig, Israeli archaeologists came up with a novel way to solve the mystery: set up a Facebook page and ask the public.

More than 20,000 suggestions came in from all over the world to explain the unique V–shaped carvings discovered at the City of David dig near Jerusalem’s Old City, but so far archaeologists have not been convinced of a plausible explanation.

The V-shaped carvings were cut into the limestone floor, and each V is approximately two inches deep and 20 inches long. Ceramic shards found in the room, located next to the main spring that served Jerusalem’s ancient city, indicate it was last used about 800BC, when Jerusalem was under the rule of Judaean kings. However, there were no clues as to who made the marks or what purpose they might serve.

Archaeologists were not sure if the room where the markings were discovered was built during the Jewish rule of Jerusalem or by idol worshippers centuries beforehand, but they date the remains to about 2,800 years ago.

The markings were discovered seven months ago. Last month a conference was held in Jerusalem attended by more than 200 experts. After no explanations emerged from the gathering, the Israeli Antiquities Authority decided to turn to cyberspace.

A Facebook page entitled Help Solve a 3,000 Year Mystery in the City of David asked: “If one of our Facebook Friends has seen something similar to this anywhere in the world, we would be very happy if you would let us know asap. Perhaps together we can solve this mystery!”

“We really didn’t know what it was so we thought the public might come up with an insight or a different way of thinking,” site archaeologist Prof Roni Reich, of Haifa university, told The Irish Times. “Ideas ranged from mirrors, to signs of ancient scripts to some kind of device for agricultural use, or even a suggestion from a dentist who said the markings could be the base for an ancient dental chair!”

Other Facebook suggestions were moulds for smelting iron or drainage for ancient urinals. One contributor suggested it may have been the original McDonalds sign.

Admitting to having basically no idea, Prof Reich believes the most likely explanation was that the V shapes are the remnant of some kind of groove for a moveable object or a support for a device to produce something. “It’s still a mystery and hopefully one day we will come up with an answer.”