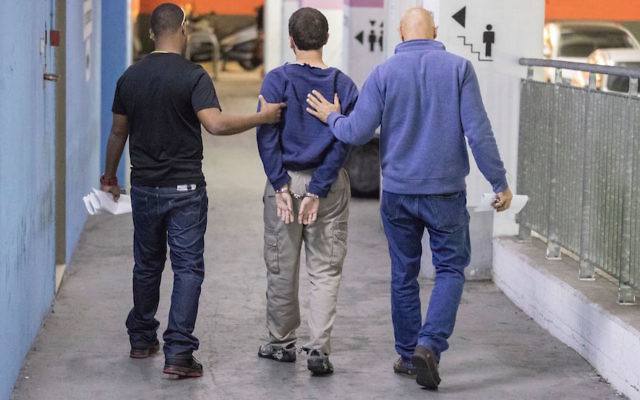 The Israeli-American teenager accused of making hundreds of threats against Jewish community centers in the United States sold his bomb threat services.

Michael Kadar, 19, from Ashkelon in southern Israel, also offered to frame others for the threats for a higher fee, the FBI reportedly alleges in newly unsealed court documents reported Tuesday by The Atlantic and The Daily Beast.

The teen sold his services on AlphaBay, a “dark web” marketplace website selling illegal goods and services that was closed by U.S. authorities in July.

He reportedly sold his services from $30 for a single threat to $90 for “emailed bomb threat to a school districts\multiple schools + framing someone for it.”

Kadar also wrote in his online advertisement under the screen name Darknet Legend: “there is a no guarantee that the police will question or arrest the framed person. I just add the persons name to the email. In addition in my experience of doing bomb threats putting someones name in the emailed threat will reduce the chance of the threat being successful. But it’s up to you if you would like me to frame someone.”

The messages were found on a flash drive confiscated by the Israel Police during a raid on the teen’s bedroom earlier this year. Police reportedly identified an individual in California who is believed to have ordered and paid for Kadar’s threats.

He was charged in district court in Israel in April with thousands of counts on offenses that also include publishing false information, causing panic, computer hacking and money laundering. He was arrested in Israel in March in a joint operation with the FBI.

According to the indictment Kadar, who has dual U.S. and Israeli citizenship, made threats to 2,000 institutions around the world, including the Israeli Embassy in Washington, D.C., and other Israeli diplomatic missions, schools, malls, police stations, hospitals and airlines.

The teen’s parents and attorney have said Kadar has a benign brain tumor that affects his behavior, as well as a very low IQ.