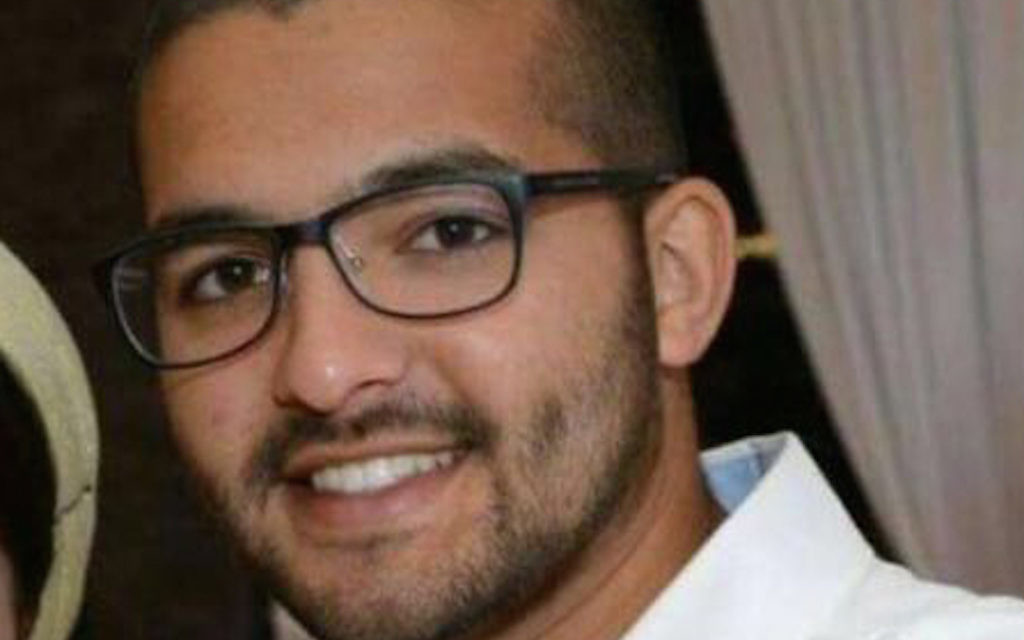 Jerusalem — A dual Israel-American citizen killed in a West Bank supermarket terror attack was one of three Israeli soldiers honored by the Israel Defense Forces for bravery.

Tuvia Yanai Weisman, 21, along with Sgt. Lihi Malka and Matan Shamir, was cited for thwarting a terror attack, the IDF announced Tuesday. The awards were approved by Chief of Staff Lt. Gen. Gadi Eisenkot.

Weisman was off duty and not in uniform when he was killed Feb. 18 at the Rami Levi supermarket in Shaar Binyamin, north of Jerusalem. Seeing two Palestinian teenagers enter the store and begin to stab shoppers, the unarmed Weisman left his wife and 4-month-old daughter to stop them, but was stabbed and died. He was recommended for the medal by his commanders, according to Haaretz.

Weisman “made contact barehanded, and by his action was a shining example of IDF values,” the IDF announcement said.

His widow, Yael, had sought to have her husband’s grave attest that he “fell in battle during a terror attack,” which would identify him as a fallen soldier. The Defense Ministry approved the request after first denying it.

Malka, of the Home Front Command rescue and training unit, fought off an eastern Jerusalem man who had stabbed and seriously wounded another soldier at a traffic junction north of Jerusalem. She shot and killed the 22-year-old attacker, acting “swiftly, and demonstrated courage, calm and professionalism,” according to the IDF.

Shamir and his commander were injured in a stabbing attack near the West Bank city of Nablus, but Shamir managed to kill the two attackers, behaving with “courage, calm and professionalism,” the IDF said.