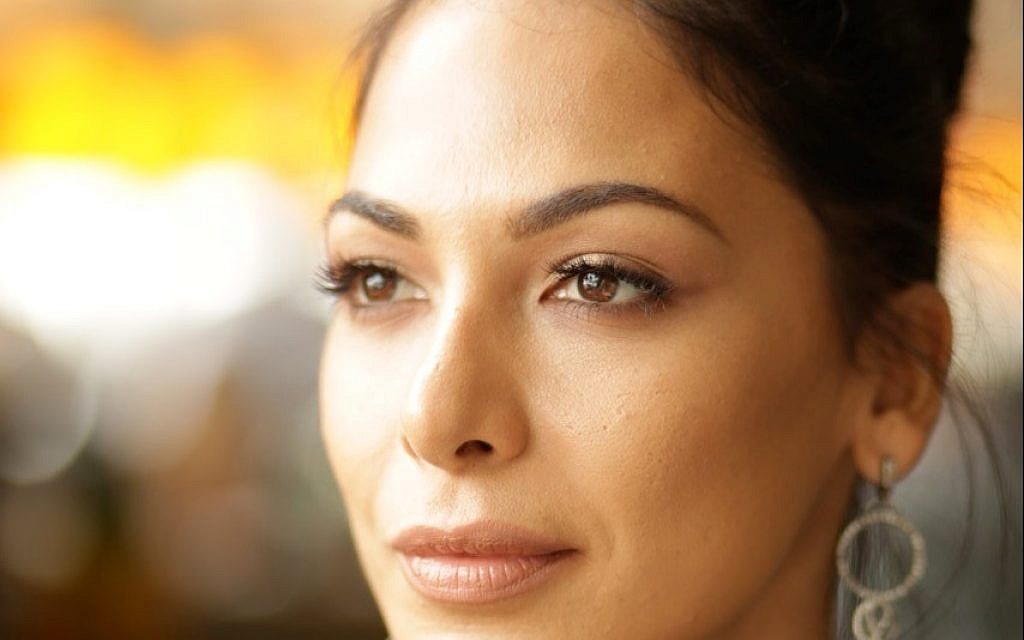 Moran Atias stars on NBCs "The Village." which premiers this Tuesday, March 19. Courtesy of Ian Fisher

Born in Haifa, actress Moran Atias has played the role of a tough mother looking for power on FX’s “Tyrant.” Now she is stars in the NBC show “The Village” which premiers this Tuesday, March 19. She plays a Brooklyn mother trying to protect her son. The Jewish Week spoke with Atias by phone her role on the new show, and how her Israeli identity influences her work. She also shared something that might surprise readers – keep reading to find out more!

Q: The trailer for “The Village” shows your character crying in a courtroom. Can you tell us about your role?

A: I play an Iranian teacher who has lived in the United States for 10 years. She created a life for herself giving birth to her son and created a community as part of the village. It’s an apartment building in Brooklyn. Each one of the residents has been a friend to her. In the course of the season, you’ll see how the community is helping with the threat she is facing, which is deportation for perhaps entering the country illegally.

Q: What do you hope people take away from the show?

A: An incredible reminder of the importance of community and how beautiful and valuable it is to live your life with open doors and open hearts. I feel that in today’s society when computers and phones are becoming our best friends. You need the human touch. The value of just being hugged. Someone comes to your door and actually cares to see how you’re doing…This show is a beautiful reminder of the best of us.”

Q: What was it like playing Leila Al-Fayeed in “Tyrant?” You seem like such a nice person and she is tough.

A: I didn’t play her as tough I thought. I just played the circumstances of that world. I had a mission to help my country bring democracy and change it for the best. When you’re swimming with sharks, you can’t really be a dolphin… I don’t have to play Lady Macbeth where I have to push my son to be the heir of the country because he’s not good enough. I thought Leila would be the most suitable candidate to run the country and that’s why I encouraged the writers to write that. Here I am in Season 3 running for the presidency, something that never happened in the Arab world the world except for Benazir Bhutto, who became Prime Minister in Pakistan and was shot. Golda Meir in Israel also had a short run. It was an absolute thrill and one of my favorite characters.

Q:What was the training in firearms like for “24: Legacy?”

A: I was like wow I’ve never been in an action show and this is an opportunity to run, which I hate. I have to say I’m not a big fan of guns but I was trying to be truthful to the character and understanding why she would choose join a special unit like that. It gave me the confidence to believe in myself that I could be recruited. I have a secret dream to be asked to join the Mossad. It’s my fantasy.

Q: Is there still a chance?

A: You never know. One of my favorite books is “Mossad: The Greatest Missions of the Israeli Secret Service,” (Harper Collins) by Michael Bar-Zohar and Nissim Mishhal. When I first read the book, I thought, “Wow these guys are brilliant actors. But they only have one take.” They got to Argentina, Rome or Germany. They have to put on a mask and become a character….they only have one take. They cannot mess it up. I thought this is my dream. I would have loved to be in the 40’s and work in the Mossad in its birth… Instead I’m hoping to play one, so this is a great opportunity for anyone reading this that can offer me the part.

Q: What does your Israeli identity mean to you?

A: It’s everything. It’s my DNA. It’s my blood. It’s my roots. My heritage. I feel very lucky and proud I can tell our story and expose people to a more authentic, more complex and truthful version of us. I started that way back when I was working in Italy. People would interview me and ask me how it was growing up in Israel. It became an opportunity to tell them how we live life not just through what they see in the news. Our joy of life and appreciation of values and tradition.  When we talk about the village, it reminded me of what created early on in Israel with the kibbutz where everyone is sharing. My mom grew up with seven brothers and sisters. They all lived in two bedrooms. They have those moments of laughter and joy we don’t experience anymore. I have a big home and I’m alone in it. I like that sense of community and I have Shabbat dinners in my home. People who are Jewish or not Jewish are welcome to my home. Q: Being an actress who once filmed a movie in Pittsburgh, what was your reaction to the shooting at the synagogue?

A: When those things happen, it breaks me. It really affects me in a profound way. It breaks me to know that some people hate other people without knowing them. They capable of killing and destroying families. I remember when I was living here (in LA) there was an attack at a synagogue in Israel. It took me a week to bring back the beauty and the love. And there were things that happened in Israel. I just take it too really hard but I know they just represent a small minority. It’s like how do we live with crazy people. How do we live with hate? When you go to school in Israel you learn about the Holocaust and the atrocity that happened. It brings me back to that feeling of a young Jewish girl who wants to be loved and accepted like everyone else…

Why was it so important to help the victims of the earthquake in Haiti?

When they sent me all these medical shots I’d have to take, I got a little scared and thought maybe I’ll just take some time off and take care of myself. But I felt guilty. I immediately called and said I have to come and help. It was the most incredible experience of my entire life. I got to meet the kindest people who all came together to help country I didn’t know much about. Till this day, I carry the Hatian people in my heart. When we went to help them I was able to evacuate 29 people, but for some, we didn’t have room for them on the helicopter I organized to evacuate to Miami for surgery. None of them were angry. None of them yelled. None of them screamed. That was the first time I cried. We honk and yell when people don’t drive fast enough when the traffic light changes. Here people that lost their homes and their relatives. All they said was, “Thank you for coming to my country.” We built an incredible school, it occupies over 2,000 kids who go for free they honored me with a class named for me. I couldn’t be more proud.