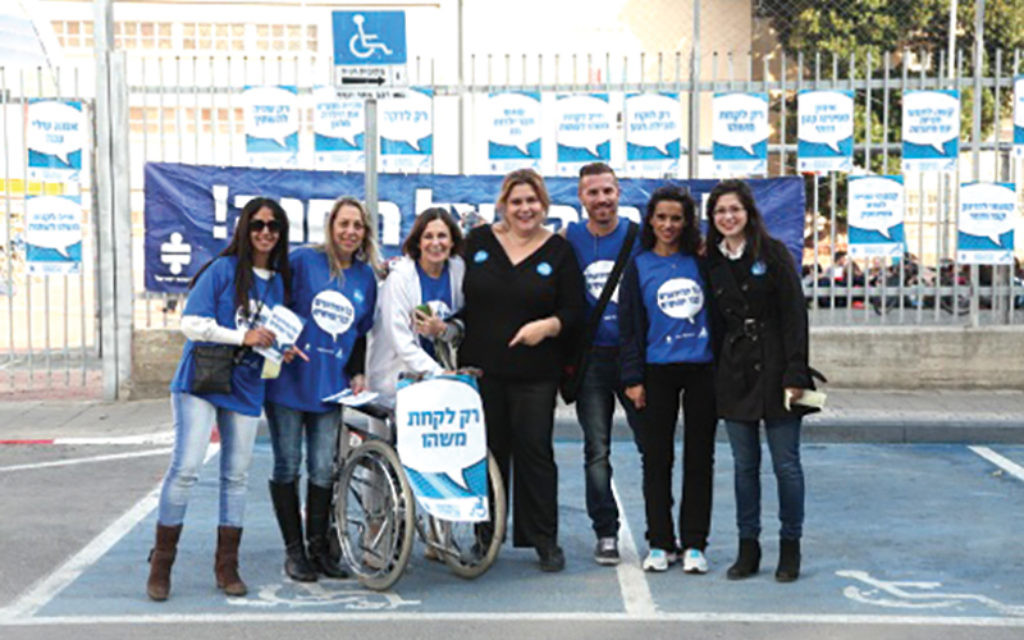 In 1999, Yuval Wagner, a former Israeli Air Force pilot, came to a harsh realization: Israeli society was not fully accessible for those with physical disabilities. Wagner, who is confined to a wheelchair due to a helicopter accident, decided to do something about it. Along with his friend Rani Benjamini, he founded Access Israel.

Seventeen years later, Israeli society has — slowly and in fits and starts — become more inclusive and accessible, experts say. “There are challenges in a country where structures are thousands of years old, but there have been serious improvements in Israel, especially in regard to tourist sites,” Jennifer Laszlo Mizrahi, a leading advocate for accessibility in the U.S., told The Jewish Week.

Marlene Post, former national president of Hadassah, echoed Mizrahi’s sentiments and gave much of the credit for the improvement to the work of Access Israel. “The accessibility issue in Israel was a horror,” Post, who used to work with disabled populations in Israel, told The Jewish Week during a recent interview at the paper’s office. “Only since the ’90s has there been any progress with accessibility, and a huge part of that is Access Israel.” Post accompanied members of the organization on their first visit to New York earlier this month.

Since its founding, Access Israel, with a budget of $2.5 million and 40 full-time employees, has widened its scope, moving from a focus on enhancing access for individuals with physical disabilities to trying to make Israel more inclusive for all of its citizens. That means full accessibility for anyone who lives with a disability, whether it be physical or cognitive, as well as for other populations that face barriers to access, including the elderly.

To that end, the group provides trainings for staff at Israel’s Ben-Gurion Airport, educates Israeli tour guides on accessibility and leads an effort to make popular tourist sites in Israel more accessible.

“We started out so narrow in scope,” Benjamini said. “I could never have imagined where we would be today.”

Their work is now gaining attention beyond Israel. In April, the U.N.’s Department of Economic and Social Affairs recognized two of Access Israel’s programs as the “Best Projects” of 2016. A month later, the NGO was granted status as “Special Adviser” to the U.N.’s Economic and Social Committee; members of the organization spent time at the U.N. to aid in the implementation of the International Treaty of the Rights of Disabled People.

During its inaugural U.S. trip, Access Israel members met with Jewish groups across the country, hoping to raise the organization’s profile. American tourists traveling to Israel, especially those with any disabilities, stand to benefit from the organization’s work, said the group’s CEO, Michal Rimon.

Orel Lapid has experienced the benefits of Access Israel’s work firsthand. Lapid, in her role as the NGO’s director of resource development, is responsible for its fundraising efforts. She also happens to be “the poster child for accessibility in Israel,” according to Post. Before Lapid was raising funds for Access Israel, she became the first wheelchair-bound Israeli to become an IDF officer. Lapid, like Yuval Wagner, recognized that Israel’s society needed to be more inclusive and thinks that her story can serve as an inspiration for others. “I think my story shows that you can do anything you want to do, as long as you have the access.”