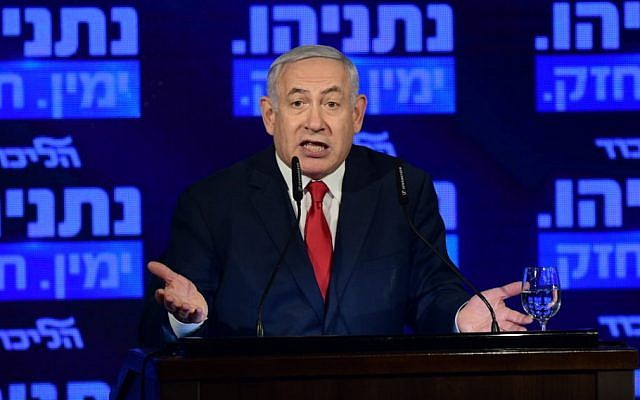 Israel held a national election seven weeks ago. It will hold another one in September.

If that sounds weird to you, you’re right: Israel has a famously raucous political system, but it’s never held national elections twice in one year. Until now.

Just to be clear, no one really wanted this to happen, including Prime Minister Benjamin Netanyahu; his main rival, Benny Gantz; or the president, Reuven Rivlin. Nor do Israeli political journalists, who just finished covering a vicious campaign.

So why is it happening? It’s a result of Israel’s fractious parliamentary system, strong egos and lingering resentments.

Israelis voted on April 9. But the election isn’t really over yet.

Netanyahu’s Likud party did win the most votes, but not an outright majority in the 120-seat parliament, the Knesset. In order to govern in Israel’s parliamentary system, Netanyahu needed to persuade other parties to form a coalition with him. He needed to reach 61 members, or a majority of the Knesset.

After Election Day, that seemed simple. Right-wing parties had won a clear 65-seat majority in Knesset, and they all agreed that Netanyahu should continue serving as prime minister.

Why can’t Netanyahu’s partners get along?

The Israeli right is split among a few factions. Two of the biggest are secular right-wingers who support a hawkish military posture and religious right-wingers who want to preserve Orthodox Judaism’s power in government.

Usually those two groups make it work. Religious parties, especially haredi Orthodox ones, will go along with the government’s decisions on defense, security and West Bank settlement. In return, secular parties agree to maintain haredi control of Jewish marriage and conversion. Also — crucially — secular parties have allowed haredi youth to avoid military conscription, which is mandatory for other Israeli Jews.

This time, however, one of the secular parties is refusing to play that game.

And here we are. It’s the first time in Israeli history that a party failed to form a coalition after winning an election.

So what happens now?

It’s unclear whether that will make any difference. Unsurprisingly, polls show a second 2019 election yielding basically the same result as the first one. But changes within the parties could lead to a different result. There’s talk of the Arab-Israeli parties uniting or different right-wing parties merging. Or Israel could be stuck with the same problem four months from now.

And yet, here we are.