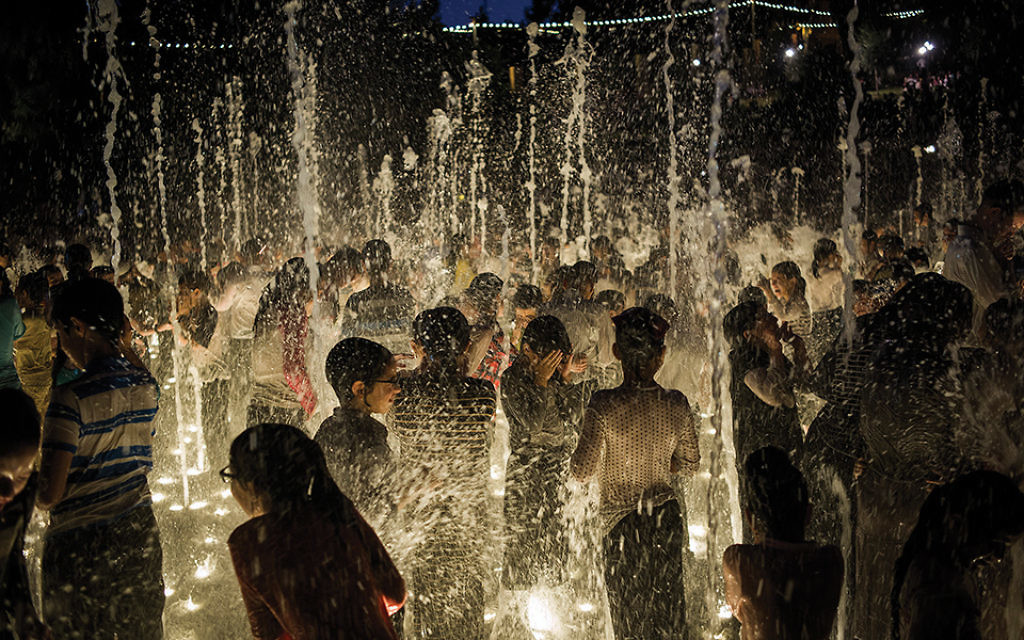 Israeli tourism officials like to brag that their country has become one of the hottest travel sites in the Middle East.

This month that boast is being taken literally — the country is sweltering.

Throughout August, several Israeli cities set records for August heat. 106 degrees in Afula, 115 in the Jordan Valley, nearly that hot in other places.

For a respite, some Jerusalemites frolicked in a water fountain, above; and sun worshippers flocked to the Tel Aviv beach, left. Others sought refuge in air-conditioned malls.

The heat, combined with high humidity, is believed to have caused several deaths, including an 18-year-old soldier touring Jerusalem’s Old City with his unit. It has also ruined crops and killed chickens, turkey and livestock and strained the country’s electric grid, leading to extended blackouts. The Nature and Parks Authority closed some hiking trails as a safety precaution.

The weather forecast for the end of this week does not predict a break; temperatures are expected to reach 98 in Jerusalem, 97 in Beersheba and 106 in Eilat