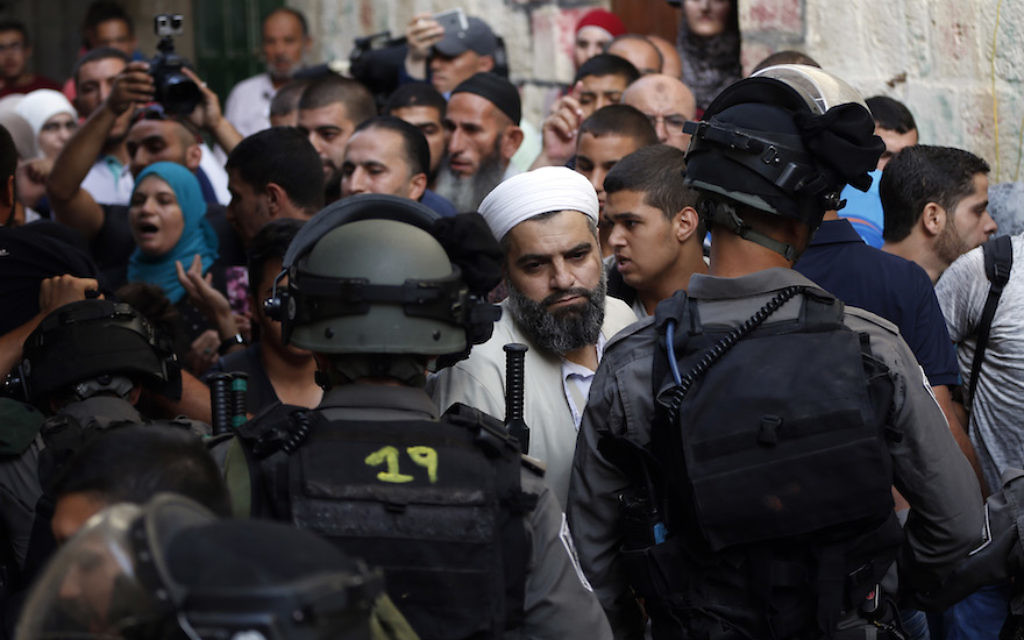 Israel lifted restrictions that it imposed last month on access by Muslim worshipers to the Temple Mount.

On Friday morning Israel Police dispensed with the limitations, which it had put in place amid an upsurge in terrorist attacks by Palestinians in Jerusalem and the West Bank. It is now allowing Muslim men and women of all ages to enter the compound, Israel Radio reported.

The Temple Mount, which contains the al-Aqsa mosque and is adjacent to the Western Wall, saw repeated disturbances in recent weeks, in which Palestinian men staged riots and clashed with security forces. As a result, only women and men older than 45 years were allowed in.

Jews are prevented from praying on the Temple Mount, the site of the two ancient temples that were destroyed.

On Thursday, 120 rabbis, including the chief Sephardi and Ashkenazi rabbis of Israel, Yitzhak Yosef and David Lau respectively, reiterated in a written statement their rabbinic ruling forbidding Jews from worshiping on the Temple Mount.

“Recently, there have been claims the prohibition on going is no more,” the rabbis wrote in the statement, obtained by Army Radio. “So we reiterate our warning lest either man or woman enter the Temple Mount. There is a strong commandment of fear and observance of the Temple.”

On Thursday, Hamas issued a call for a “day of rage” on Friday, a term that often translates to clashes with security forces and armed attacks.